On Thursday, I went on an adventure with my camera club buddy Bruce.  We drove all the way past Markleeville to Monitor Pass close to the Nevada border on Highway 89, almost 3 hours from Auburn, to photograph arboglyphs, which are sort of like petroglyphs but on trees instead of rocks and from just this past century, not from thousands of years ago.  The arboglyphs were etched into the bark of aspen trees by lonely sheepherders.   More on the arboglyphs in a future post.  We were compelled to leave…or maybe I should say I retreated to the truck…when the clouds darkened, lightening stuck nearby with thunderous clamor, and the rain and hail pelted us.  We were soaked through walking back to the truck just a few hundred feet away from the grove of aspens and in just a couple of minutes.   It was almost 4PM and it poured for at least 30 minutes as we drove along one of the bumpiest dirt roads I’ve ever traveled on back to HWY 89.  Hail covered the roadway and mud and rocks washed across one area of the road for at least 50 feet as the rain eroded the hillsides and lightning repeatedly struck the hills nearby.    I didn’t have my new lightning trigger with me so I couldn’t put it to the test but here’s a feel for the storm.  The temperature dropped from the mid 80’s earlier in the day to the mid 50’s, a welcome respite from the triple digit heat we knew we were returning to in a mere three of hours of driving back down to the valley.

I took the first shot right after I climbed back into the truck.  I had my camera set to bracketing so I merged three shots into an HDR image.  The second shot is another HDR image of hail on the highway with sheets of rain visible in front of the trees.  The third shot is the hazy mountains in the distance (we were at 8300 feet elevation) when the rain calmed enough for me to open the window of the truck and take a shot but the rain is still visible. 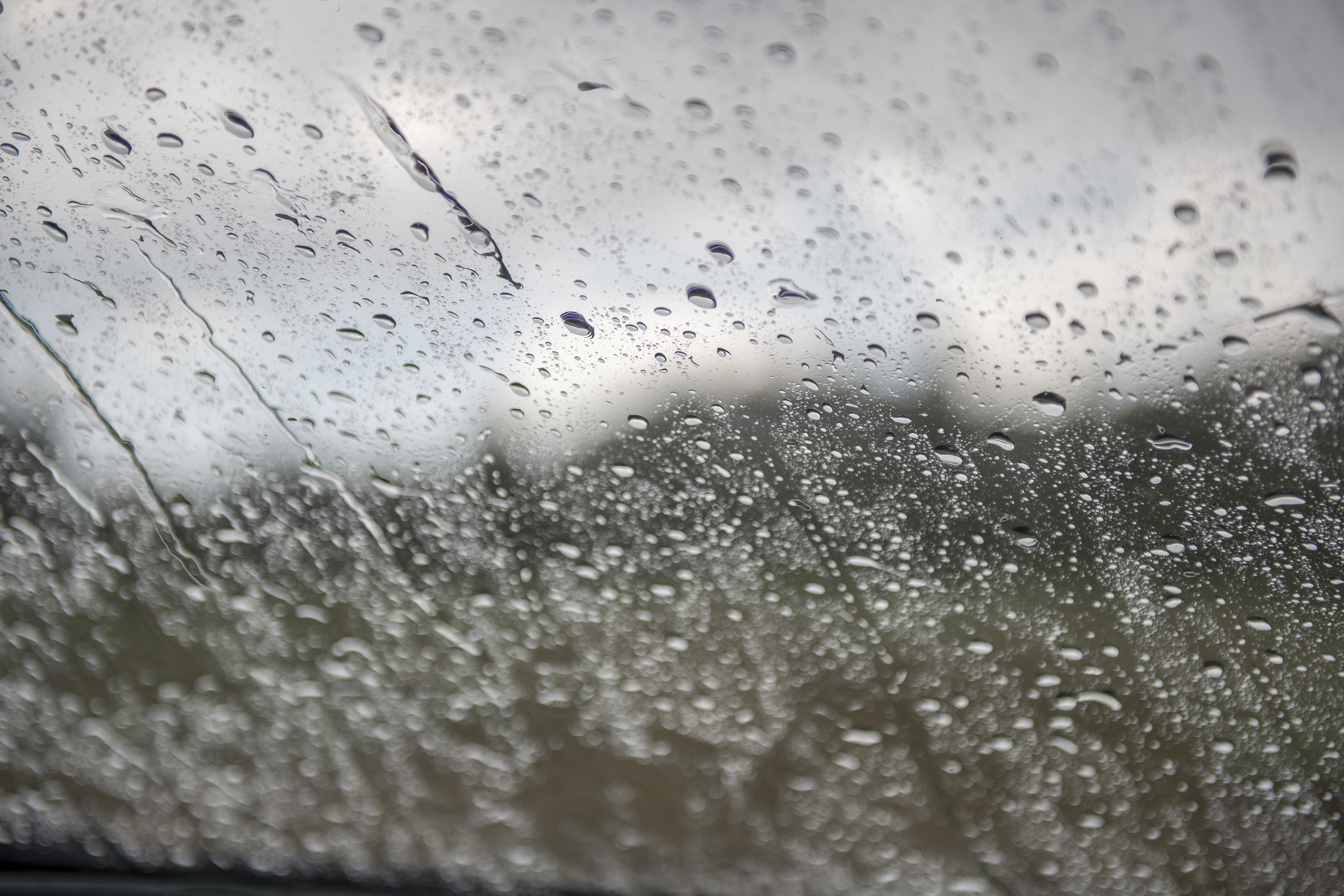 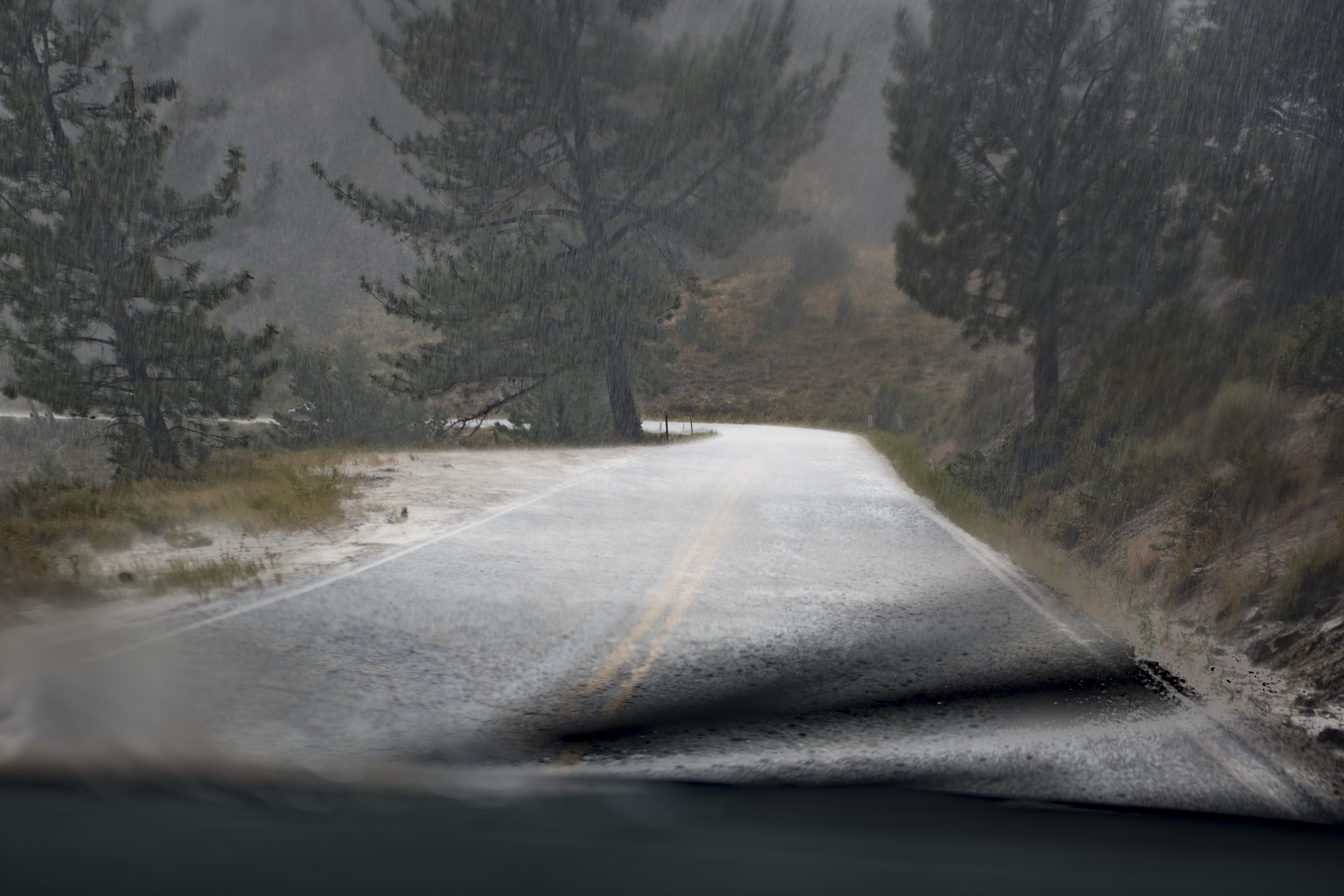 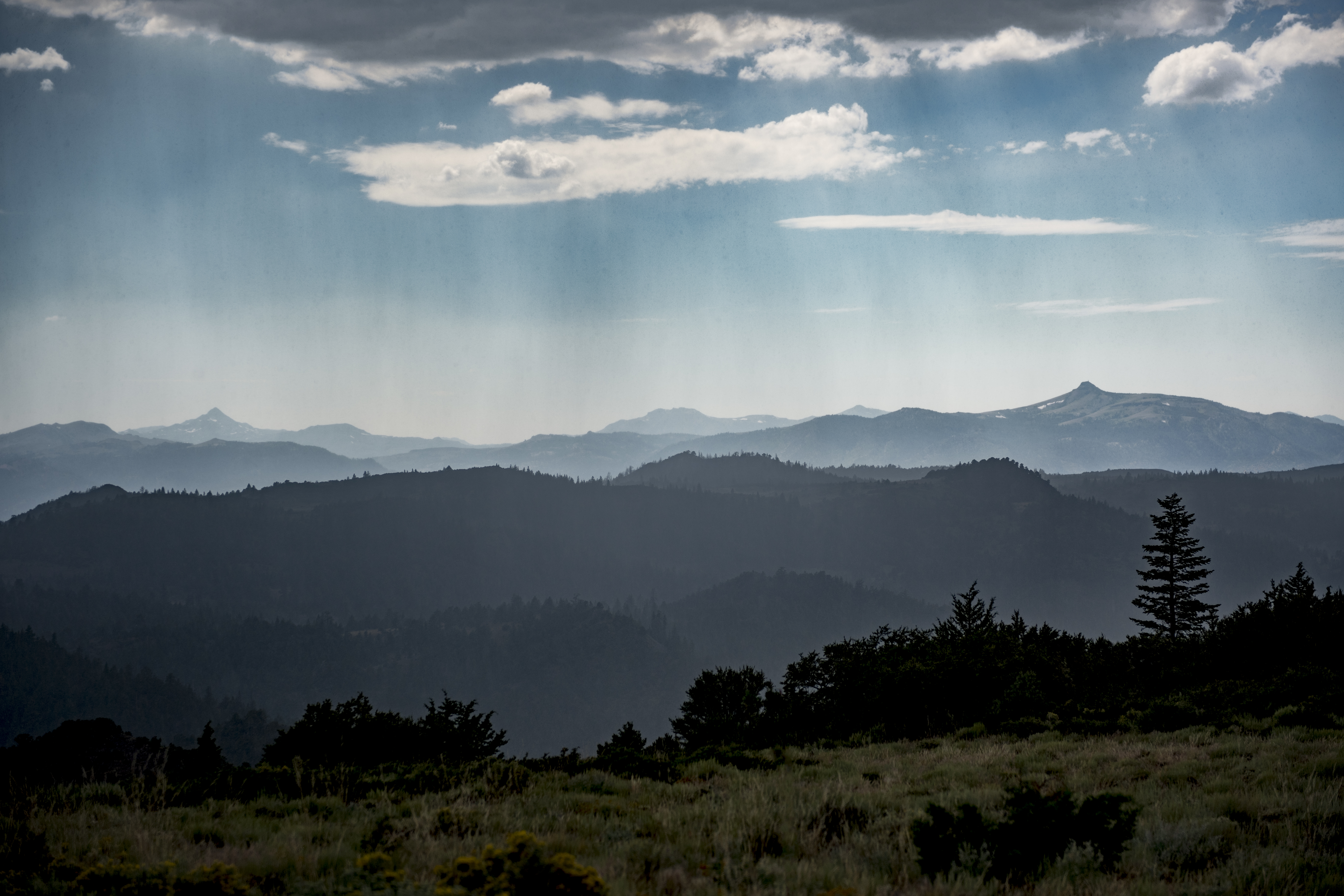