The weather has been very mild today so mid-afternoon, I took Big Bertha outside to see what I could see.  There was a lot going on, actually.  The hummers were complaining about the nearly empty feeders and one male was keeping another hummer from feeding at all and the fledgling scrub jay was lurking in the shrubbery and the lesser gold finches were bathing in their separate fountain baths.  I saw a red flame skimmer dragonfly whiz by and land on the tip of a dead branch at the top of the shrubs.  Dragonflies tend to sit for long periods so I never did get a shot of it in flight and it was parallel to the twig it perched on so the body is somewhat obscured, but the wings were outstretched and I thought the stark contrast between the red dragonfly and the brilliant blue sky was interesting. 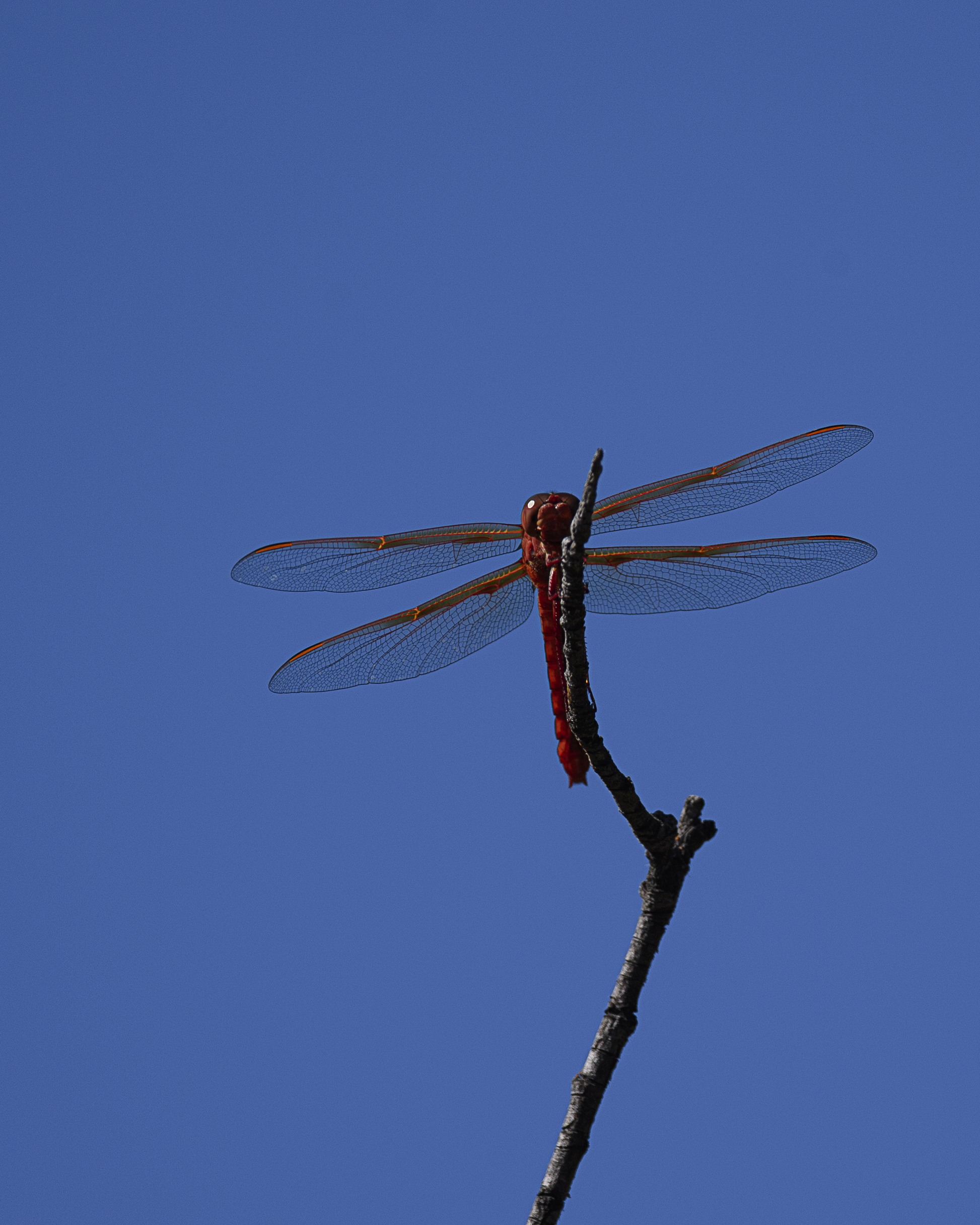