The other day while driving home from Monitor Pass where we photographed the Arboglyphs (coming soon to this blog) I noticed what appeared to be a cloudy, orangey brown haze underneath the dark storm clouds that portended lightning, torrential rains, and hail.  After puzzling about the color for a few minutes, I realized the brown haze was smoke from a fire likely started by the lightning strikes of moments before and not clouds.  As we drove on Highway 89, I kept looking for the source of the smoke, never finding it and suddenly it disappeared entirely.  Then, while we waited at a road construction site unable to move for about 15 minutes, Bruce alerted me to the smoke’s presence behind us.  I have no idea how we passed it when it was clearly ahead of us.  Nor can I explain  why the truck is tilted so much and the tree is straight in the second shot.  At least it straightened a little when I photographed the smoke in one of the exterior rear view mirrors.  Finally a lone fire engine made its way past us heading to the fire.  Then, the road crew directed us forward and we never did see the actual fire, only its telltale smoke. 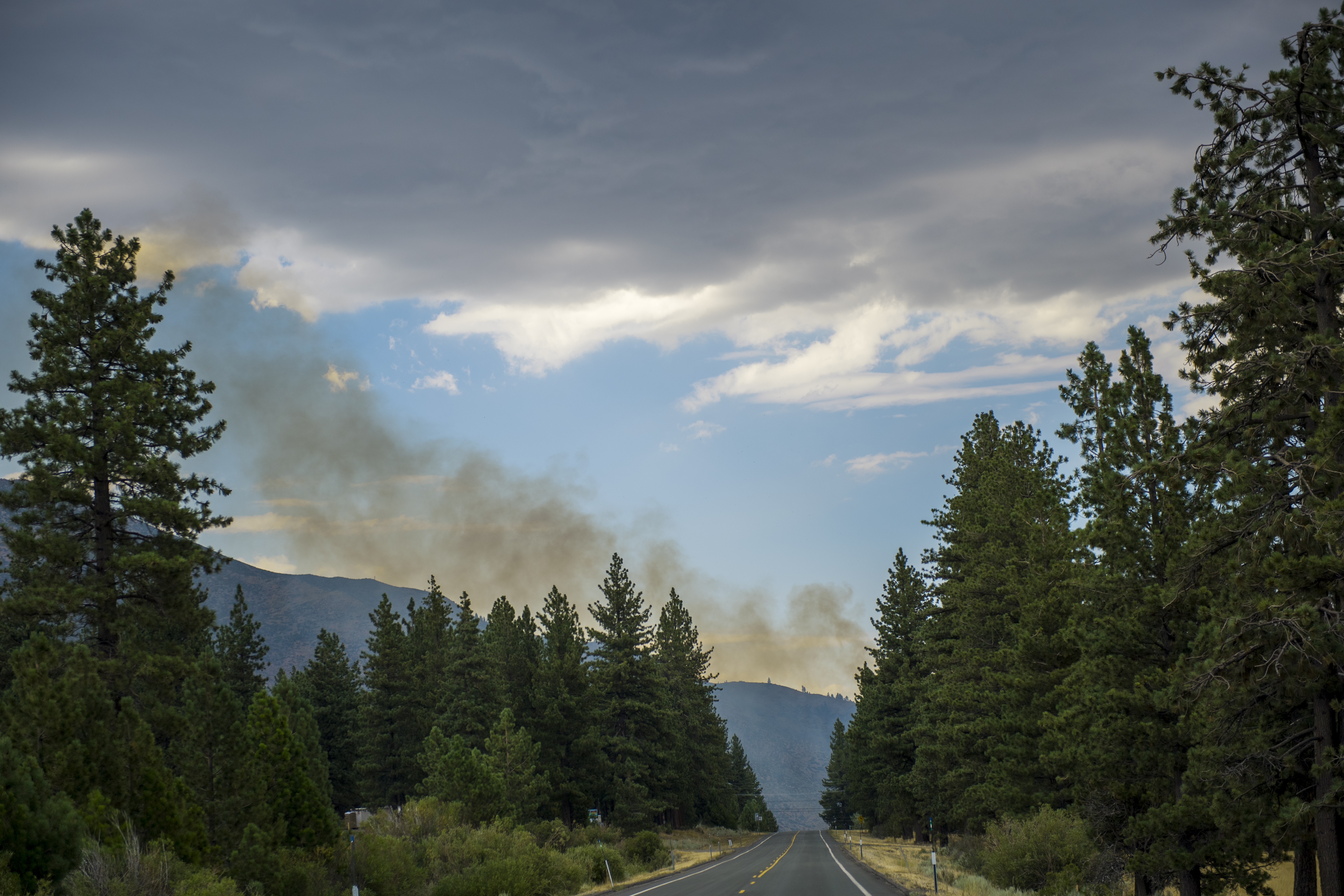 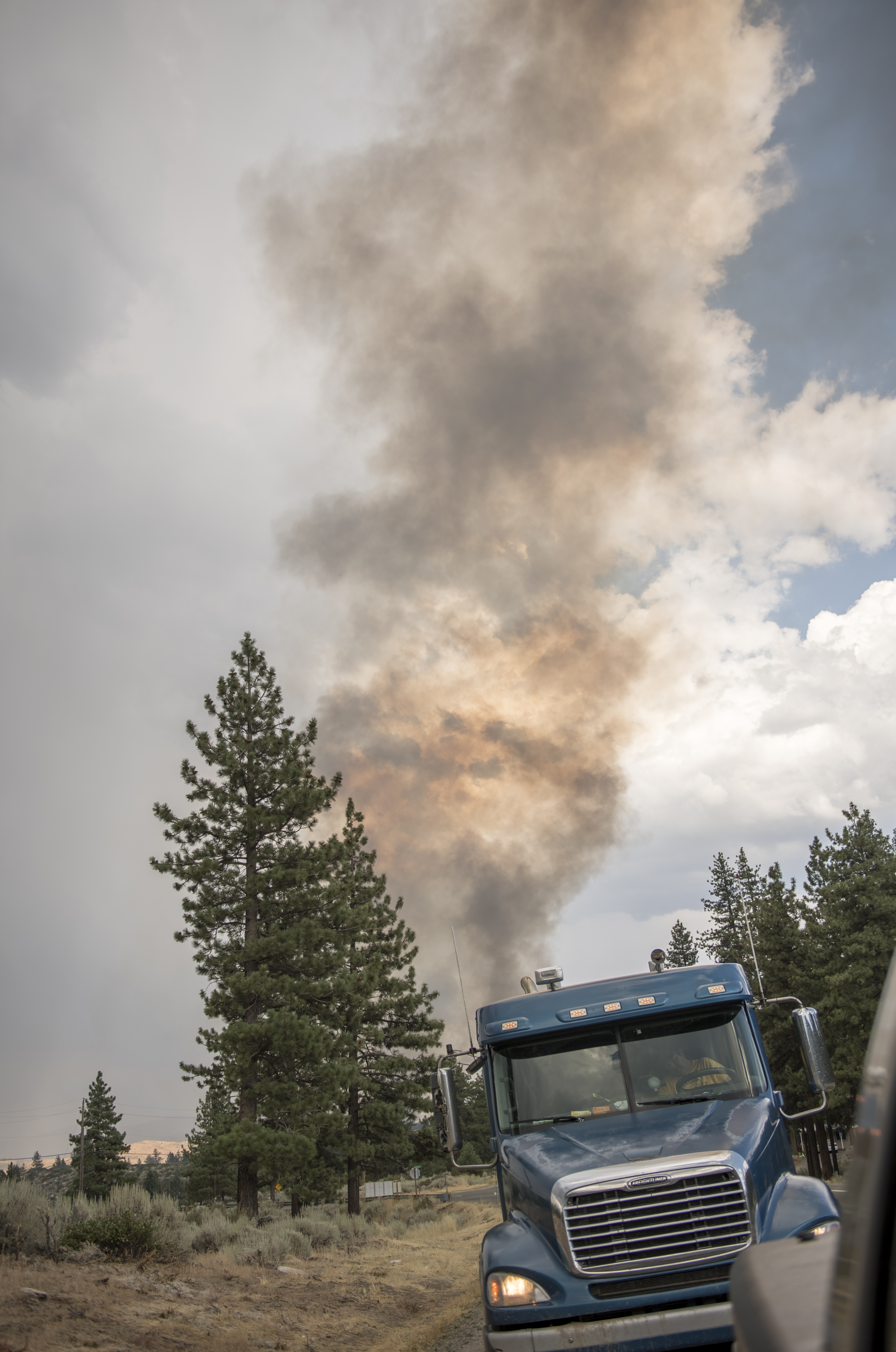 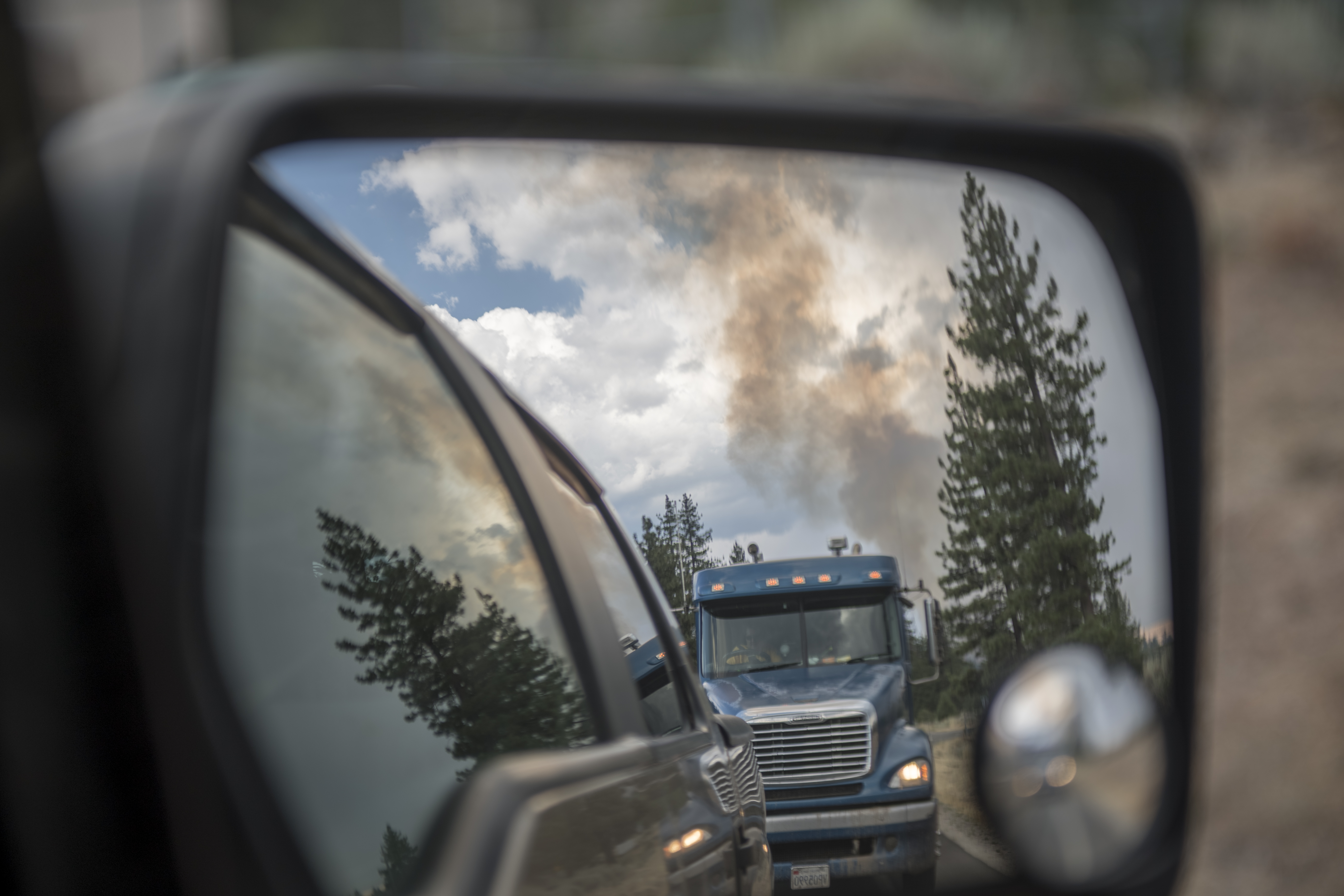