As I walked back toward the elevator at the San Francisco Hyatt Regency to get my luggage after checking out, I passed the Concierge Desk and did a double take.  The sides were decorated with hundreds of old bells,  the kind that used to set on desks and counters that one punched with the palm of the hand to summon…well…to summon a bellhop. There were hundreds of old bells attached vertically and lit with under counter lights.   The concierge told me many of them still made sounds although those I punched didn’t respond.  He said the hotel had just remodeled the Concierge Desk, adding the bells  a couple of months ago.  I knelt down and took quite a few close up shots but when I looked at them, I didn’t like the composition because the bells looked as if they were falling off the wall.  I rotated and cropped this shot and now the bells look anchored again, ready to summon …well to summon a bellhop. 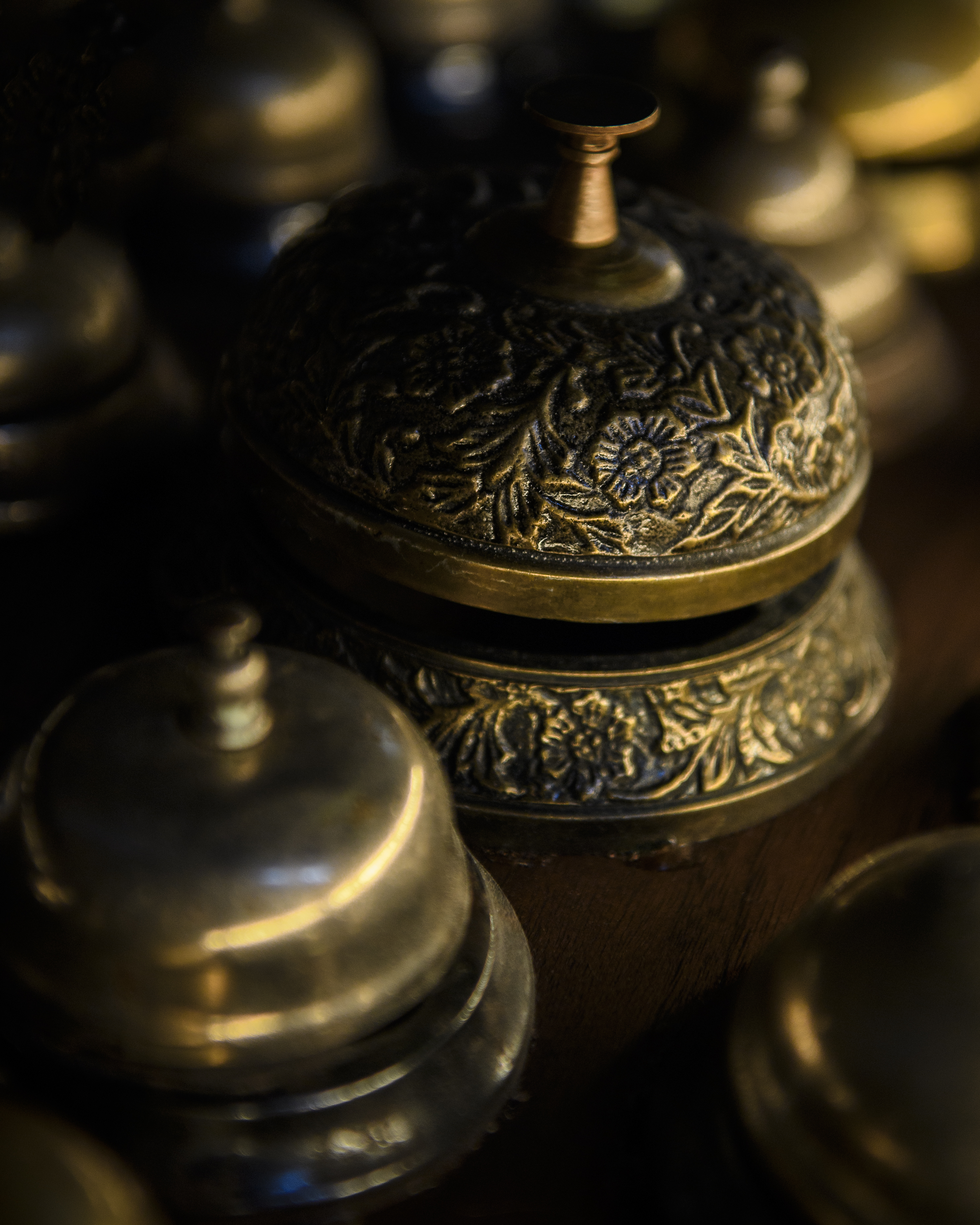