I’ve long suspected that there might be more than one kind of hummingbird living here but despite the hundreds (probably more like thousands) of hummingbird photographs I’ve taken, I’ve never been able to definitively identify any in my yard except the Anna’s who live here year round.  Due to the unceasing vigilance that keeps the male Anna’s hummer the dominant bird in the yard,  I know when an interloper is near because I hear his squeaky alarm sound.   Usually, when another hummer flits near the fountain or lands at a feeder, the male Anna’s is quick to dive bomb the unwanted visitor and usually succeeds in forcing it out of the yard.   I always thought that the Anna’s hummer was chasing another Anna’s hummer off the feeder, either its mate (or former mate–they don’t mate for life) or just another Anna’s from the neighborhood.  But I have noticed that sometimes the hummer at the feeder has a slightly different look—taller, thinner neck, longer beak although the colors are almost the same and with females, without a colorful gorget, they are harder for me to identify.

Saturday morning, I had Big Bertha set up facing the feeders and had been photographing the male Anna’s hummer high up in a dead branch overseeing his territory.  I noticed a female at the feeder furthest from the male hummer.  I was surprised that the male Anna’s didn’t take action to chase the bird away but it gave me a few moments to take some shots.    As I looked at the shots, I just felt there was something different about this bird so I reviewed hummers in my Sibley Guide to Birds (first edition) and realized that the bird was in fact a different species:  a female Black-chinned Hummingbird.  Now I’m going to have to keep my eye out for a male of the species.  The identifying factor for me was the tiny cluster of white feathers behind the eye.  In the Anna’s, the white feathers are almost like an eyebrow.  And the female Black-chinned hummers don’t have a small patch of red under the beak like the female Anna’s do.  Now I’m going to have to go back through my humming bird photos and see which ones I may have misidentified.

The sun was harsh and in the first shot, I hadn’t set up to use my flash which would have helped the back lit situation.  But I eventually did set the flash up and I took the second shot, with the sun higher in the sky, about four hours later using shutter priority so I could get a faster shutter speed and freeze some of the wing movement.  You can tell I used flash in the second shot because of the pinpoint dot in the eye; in the first shot, you can actually zoom in and see the sky and the roof of my house reflected in the eye.  I’d love to get one of the birds in focus and in flight without the distracting (and “hand of man”) feeder looming in the background.  A goal for me to work on.  I’ve done it before, I know I can do it again. 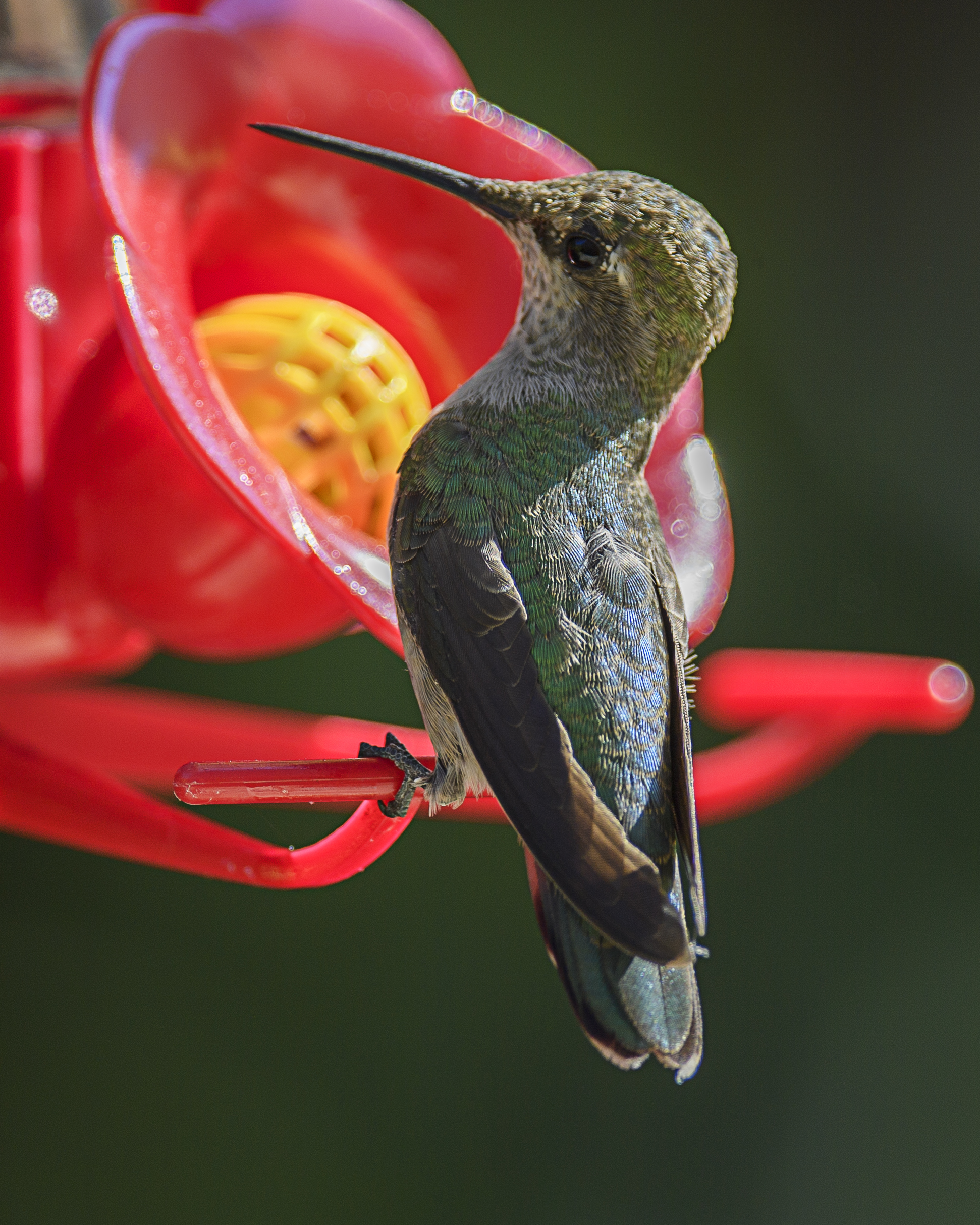 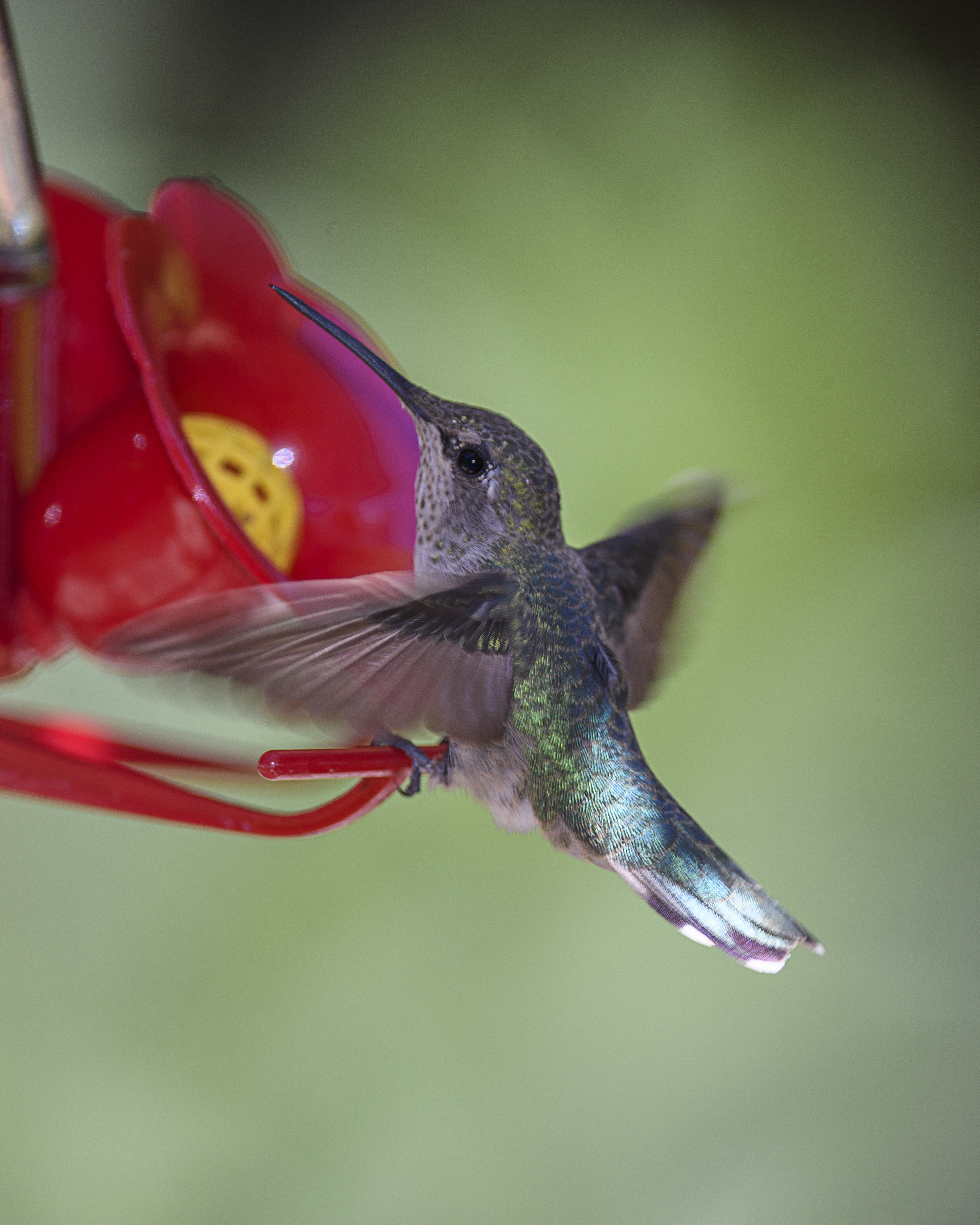