While winding up my one-on-one session with Moose Peterson last Tuesday afternoon, this white-headed woodpecker suddenly appeared at the balcony suet feeder.  Since my 600mm lens was mounted on the tripod facing the feeder, Moose suggested I try for some shots, telling me that most likely the shots wouldn’t turn out well because the woodpecker was on the far side of the branch obscuring most of the bird’s body.  Despite the possibility that a decent shot was unlikely, Moose suggested I had the best chance at a shot if I turned the camera to frame it vertically .   My subject was mostly obscured, darting behind the branch, then peeking out, then disappearing again.  All shots but this one were out of focus because I didn’t have the ISO set high enough so the shutter speed was very slow.  Yet, despite the slow shutter speed (1/15) the woodpecker’s eye is in sharp focus and I thought its expression was appealing because of the clump of suet on its beak. 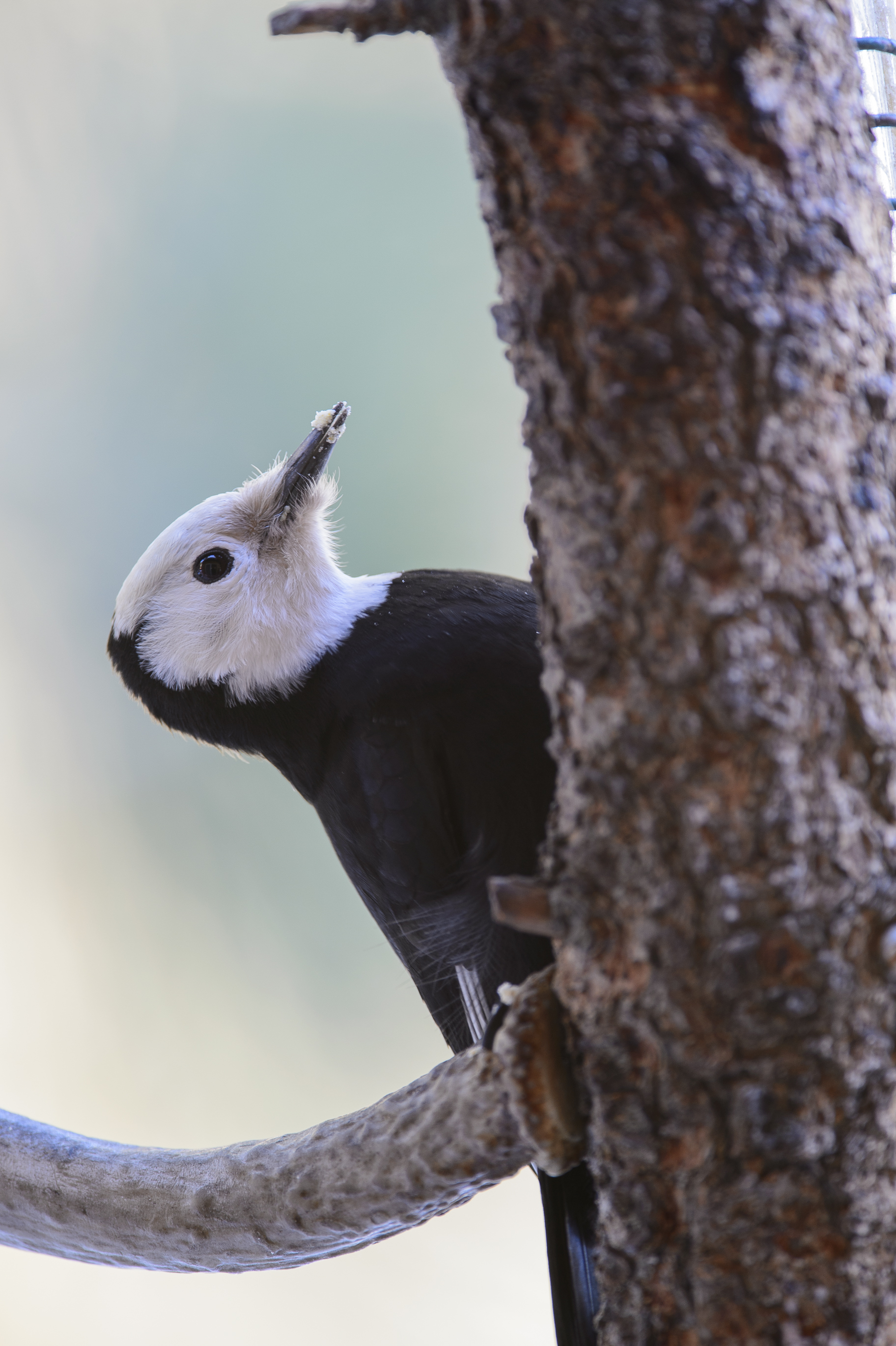