The traffic jams in Yellowstone National Park are a bit different from the  traffic jams I’m familiar with on California’s crowded freeways.  This small herd of bison decided to stand (and lie) in the middle of the roadway.  We were headed toward Fishing Bridge to eat our lunch in the warming hut at the ranger station there but were delayed a while because of the bison.  The Bombardier that was transporting us (a vehicle equipped with front skis and rear treads) has portholes on top that allowed us to poke up through the holes and photograph the bison without endangering ourselves.  I took a photograph of my friend Richard poking through the front porthole as he photographed one of the bison at the side of the road.  I changed to my 300mm lens to get the shot of the bison sticking out its tongue at us as if to say, “Nyaa, nyaa, we were here first.”  Joe,  our guide, eventually wove the vehicle through and around the herd. 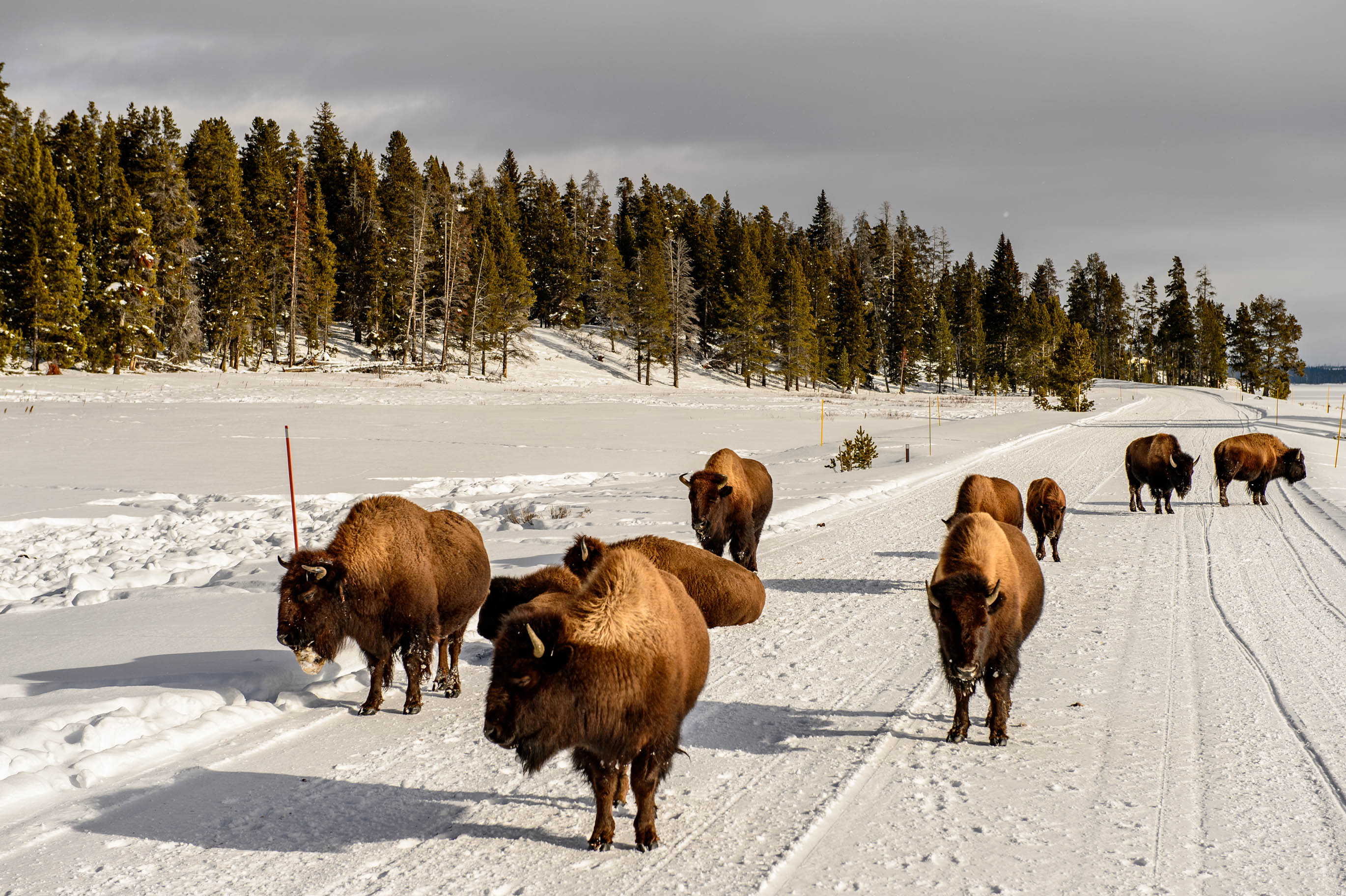 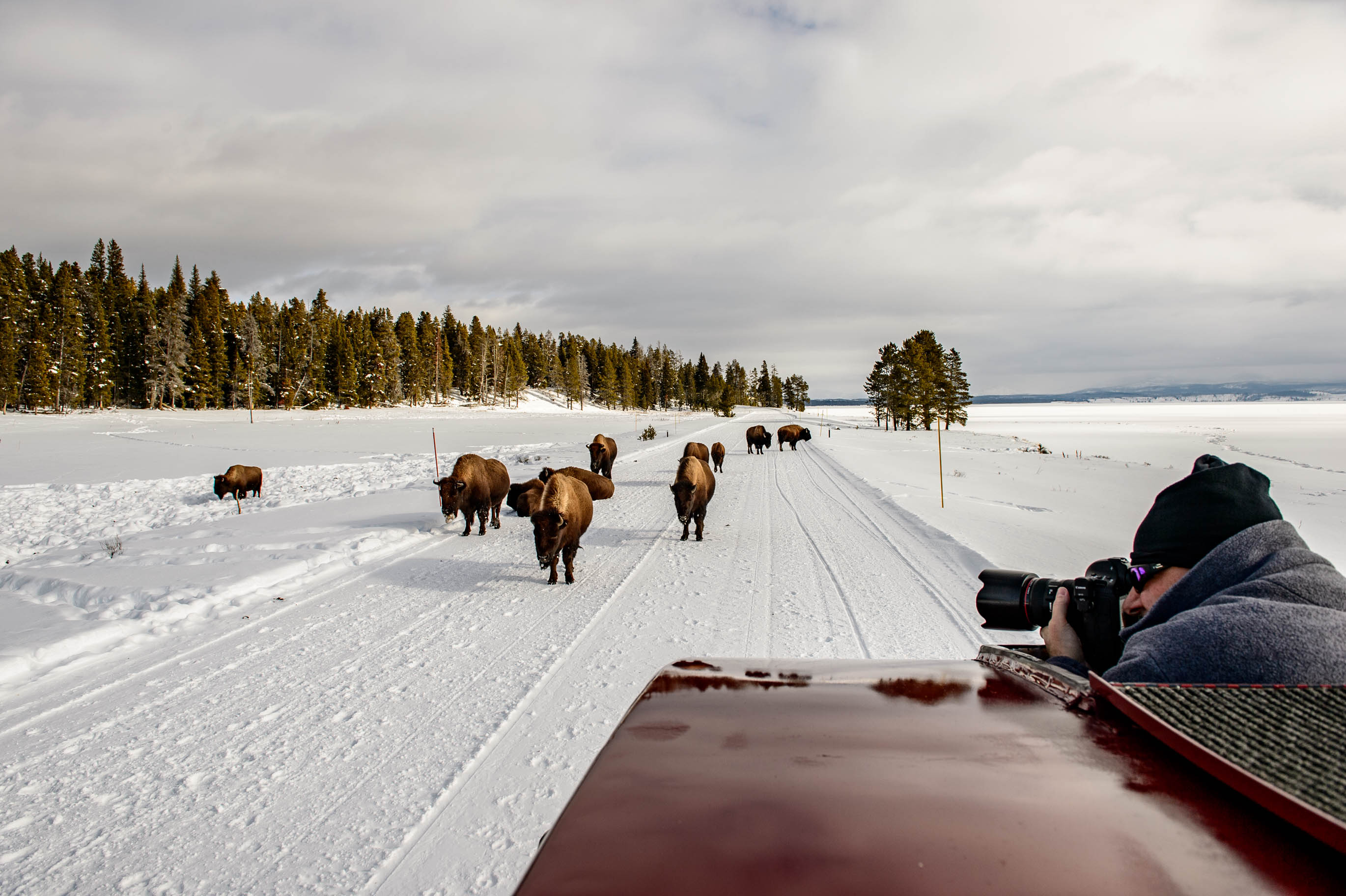 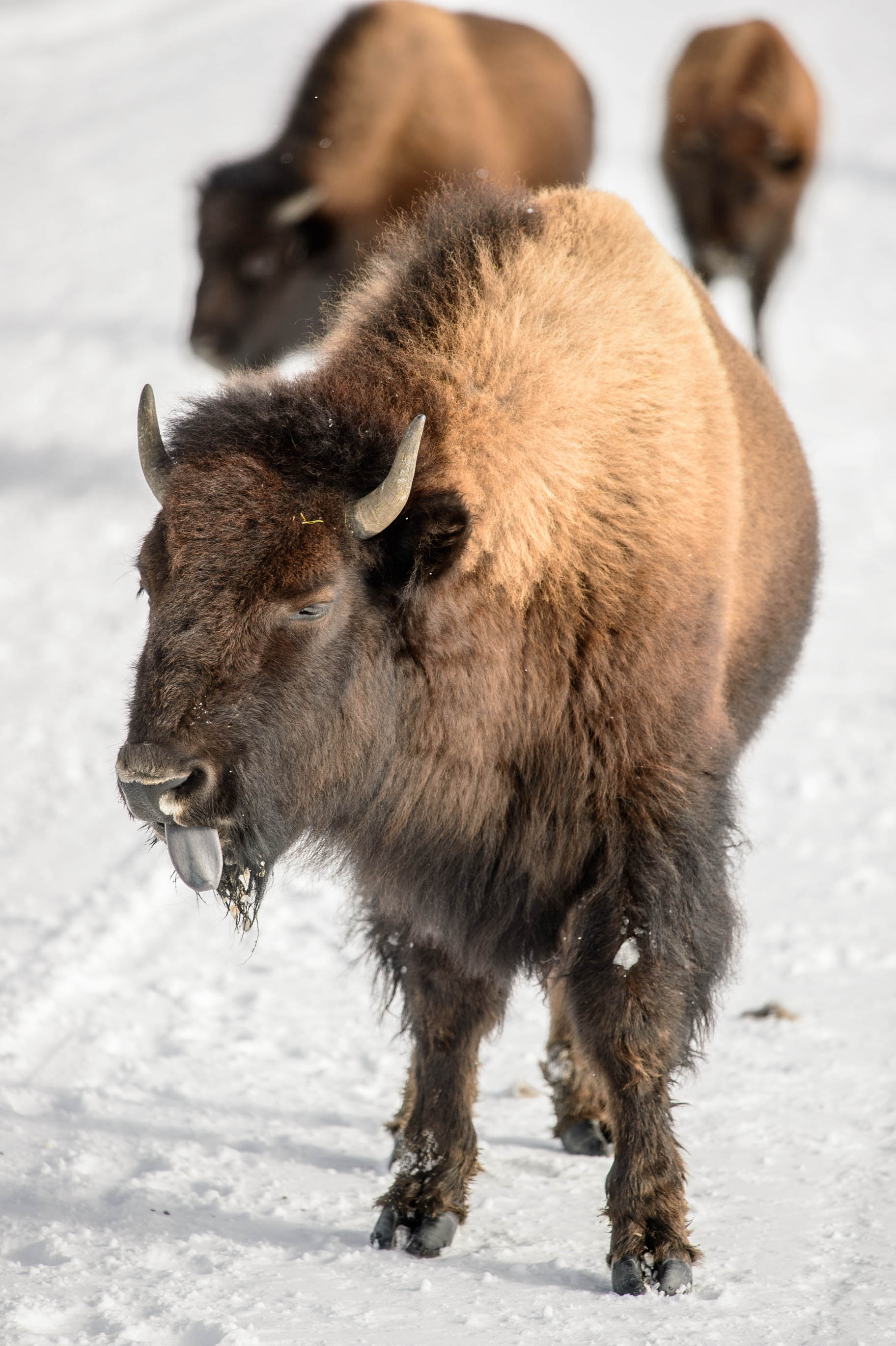