Since I live in the midst of the Pacific Flyway, it is not difficult to find huge flocks of migrating birds near my home this time of year.  I thought they would make great subjects for panning practice.  Sunday afternoon, I returned to the levee road a couple of miles away and spent time practicing panning and switching between the Auto Area AF and D21 auto focus modes while looking through the view finder.  What I learned from Moose is that the Auto  Area Af mode works best when the camera is moving (i.e., while panning) and the D21 Auto Focus mode works best when the camera is not moving.

Birds were swarming over the rice fields.  Greater white-fronted geese, snow geese, and even northern shovelers where settled in the water.  In one pond I saw some large birds with curved beaks I later identified as white faced ibis, but there was no place to pull over on the narrow, winding, levee road so I’ll have to keep my eye peeled for them elsewhere so I can try to photograph them.

I was a little more successful panning and consistently keeping flying birds in focus on Sunday than I was in Alaska.  It was all hand held panning.  Big Bertha and the tripod will get a work out later in the week. 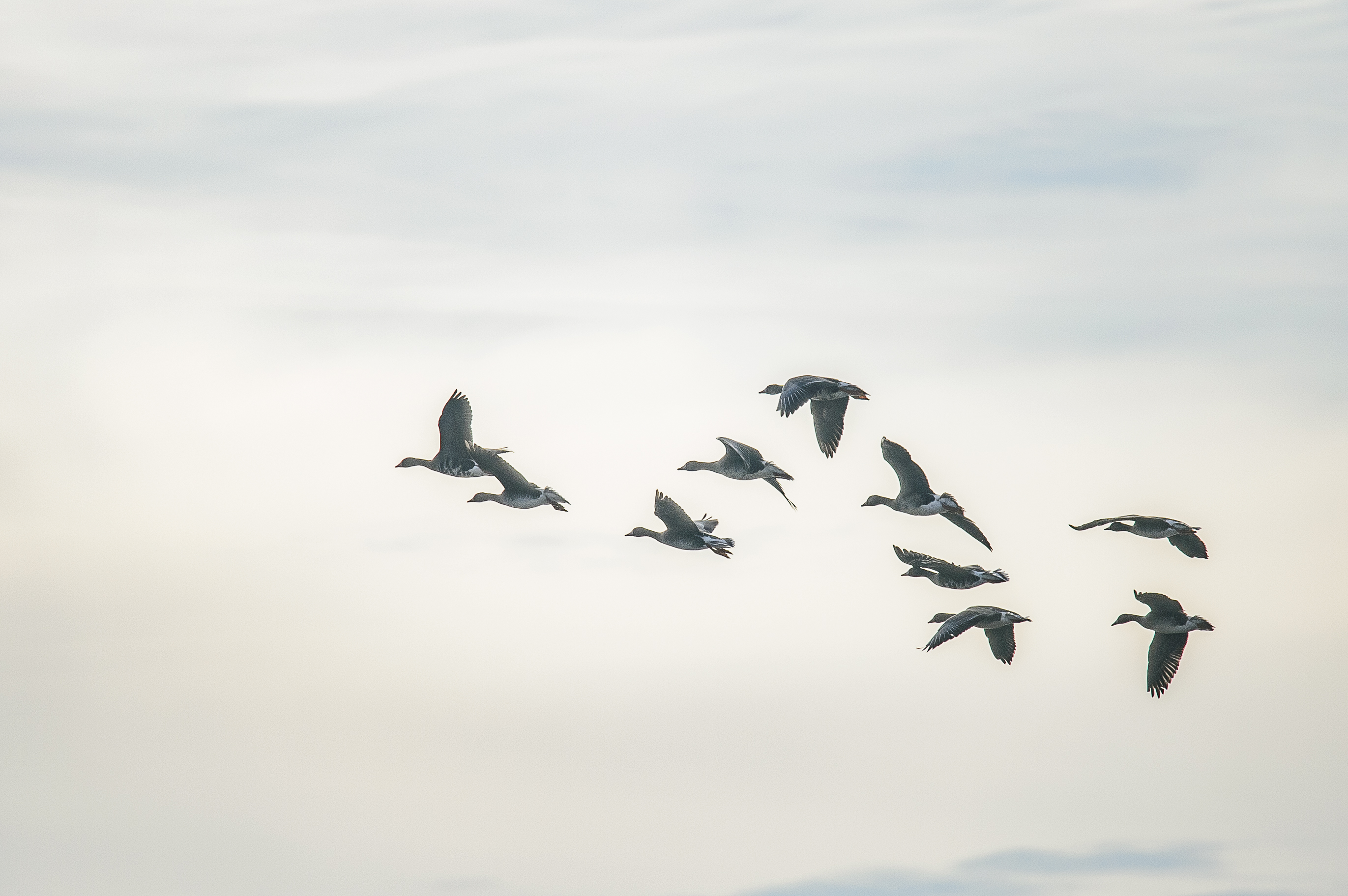 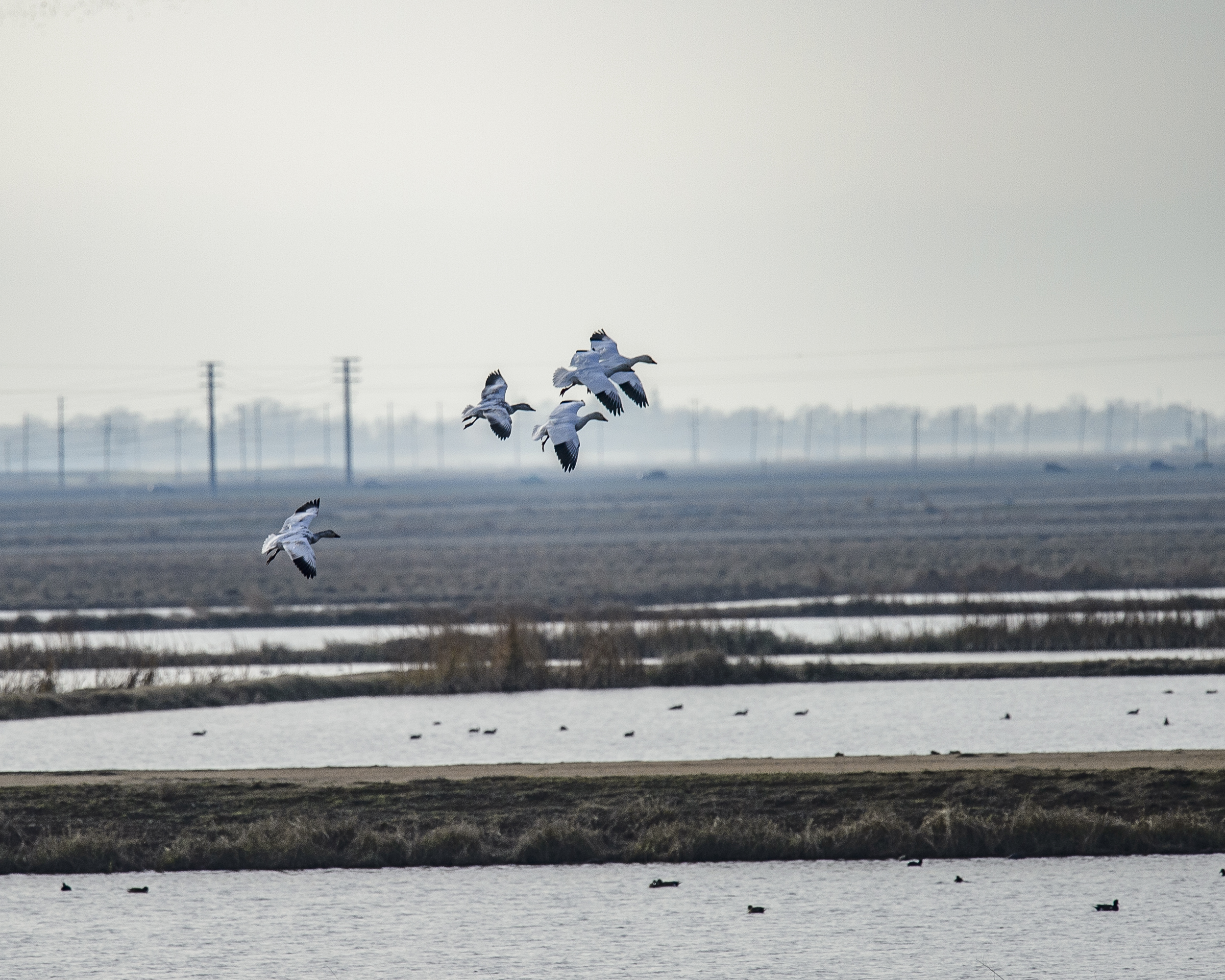 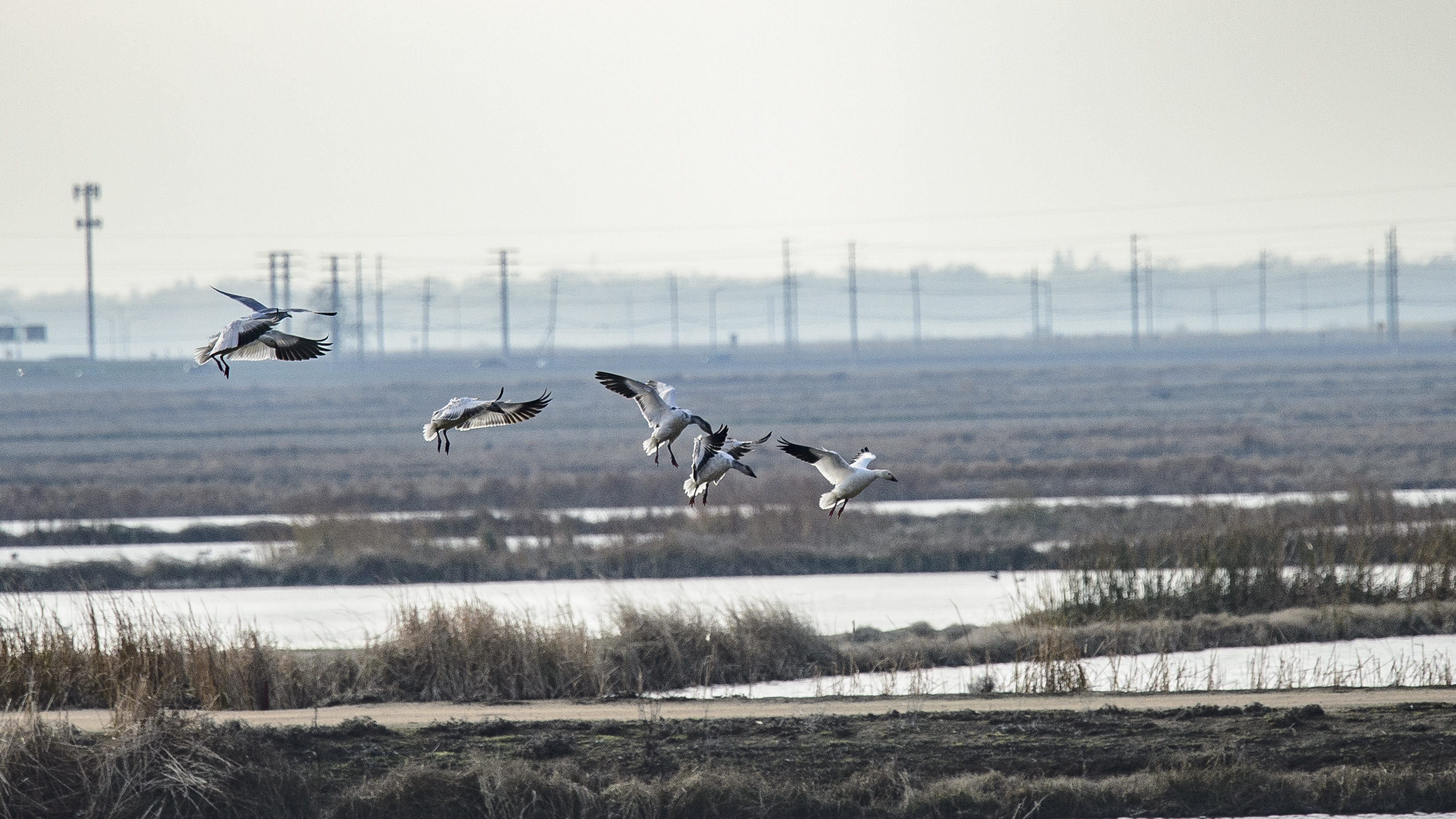