Wednesday was a challenging day.  The critters were few and far between.  When we did find a coyote hunting on a snow covered meadow, the sun reflecting off the snow produced heat waves that prevented good focus on our subject.  Photographing the herd of bison feeding near the Firehole River in the mist was cut short because another herd of bison was coming toward us in the middle of the roadway at a fast clip.  Personal safety, not to mention park rules that prevent anyone from being closer to park wildlife than 100 yards if outside a vehicle, dictated our  hasty retreat.  We disconnected our long lenses from the tripods, moved the tripods behind the vehicle, and climbed inside with our cameras and lenses.  When the bison passed by us leaving a safe distance, we returned to our mission, only to be thwarted a second time by another herd.  We beat another hasty retreat.  No sooner had we exited the vehicle after the second group passed, a third herd of bison caused us to give up altogether at that site.   Later, after lunch when the winds picked up enough to blow the snow off the trees, we opted to forgo a chilly walk Grand Prismatic Spring and went instead to Biscuit Basin.  There, the otherworldly landscape was hauntingly beautiful but we were prevented from completing the entire loop because yet another herd of bison was feeding close by.  Here are a few shots from Biscuit Basin. 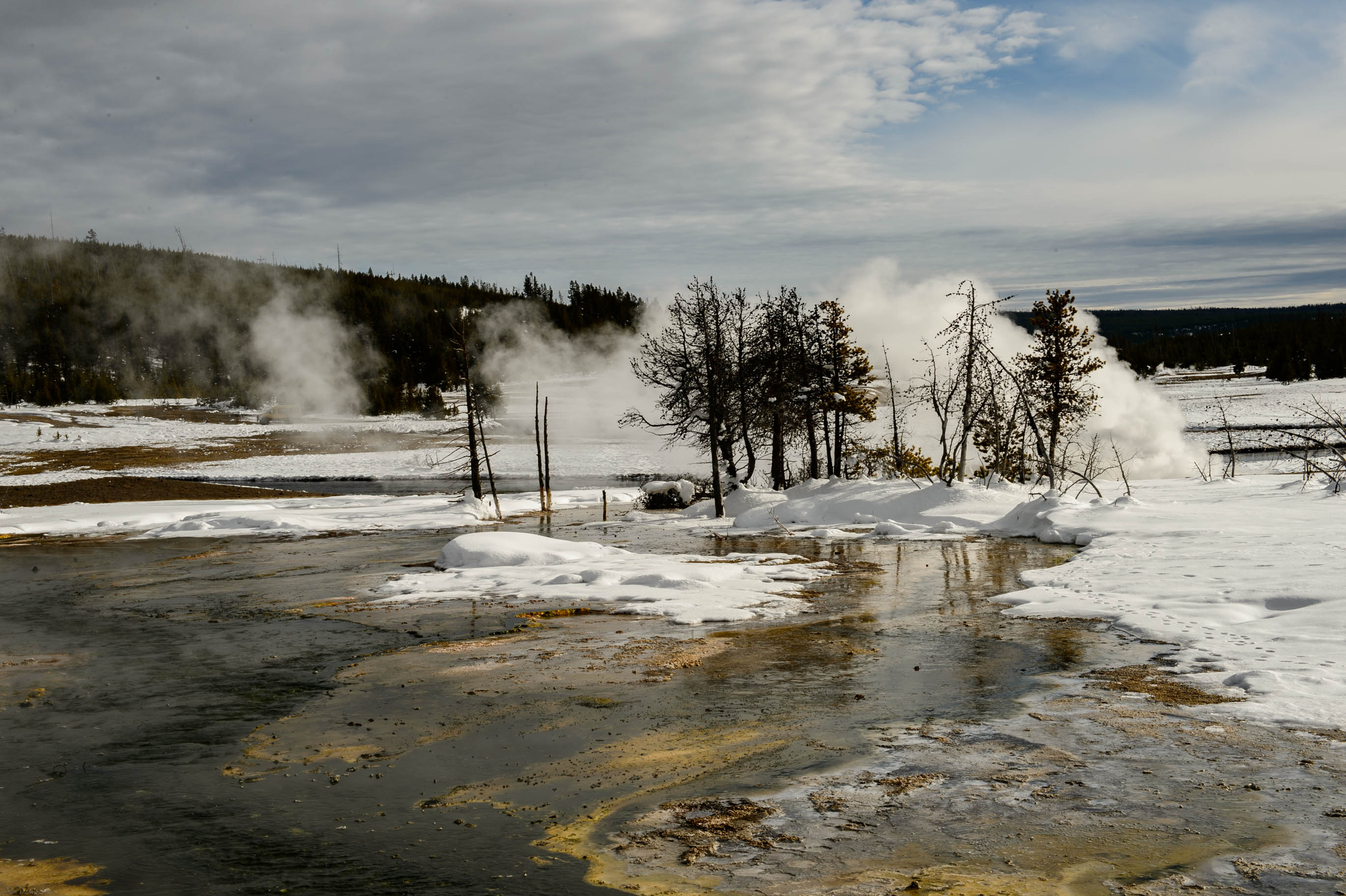 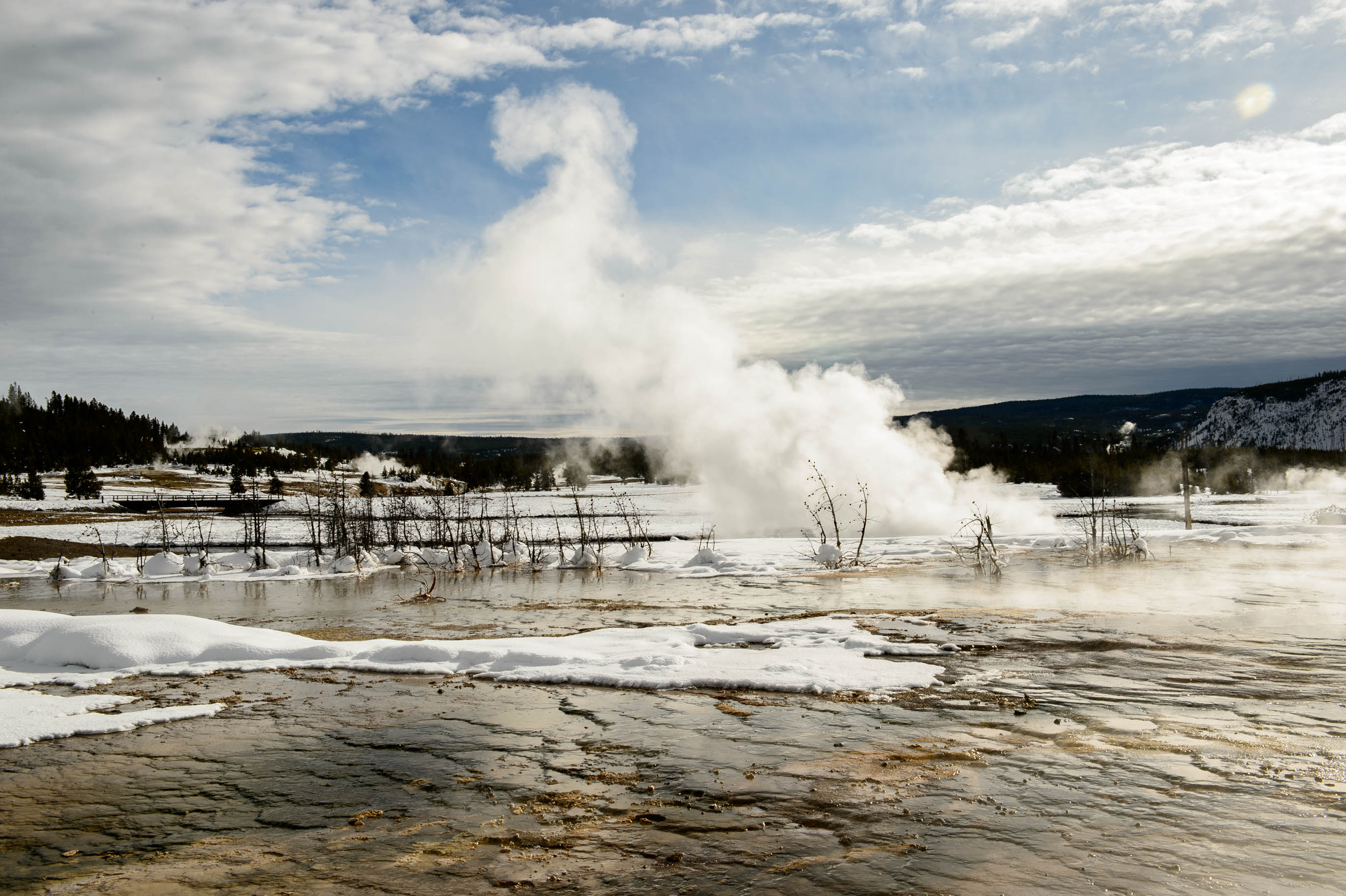 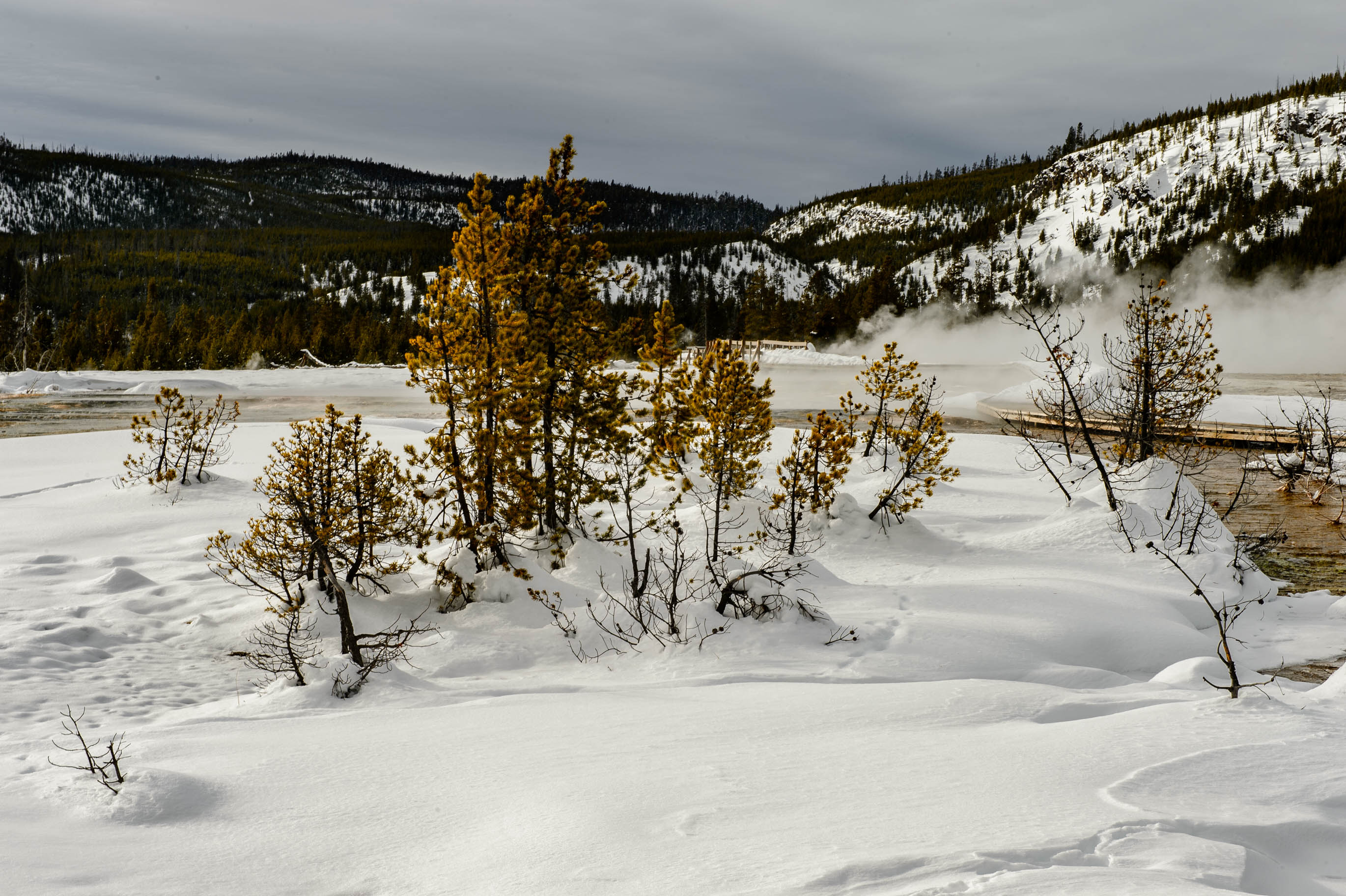