Happy New Year!    One year ago, I posted a collage of bird photos that I took in 2014 and I predicted that 2015 would be my “Year of the Bird.”    It was.  In 2015 I captured images of birds in Alaska, Arizona, California, New York, and Texas as well as in Costa Rica.   In 2015, the variety of  bird species appearing in my blog far surpassed any other year, from tiny hummers to majestic eagles, from stately shore birds to tiny bushtits, from exotic macaws and parrots to long-toed jacanas and many, many more.  But, since I started this blog, my favorite birds are the Anna’s hummingbirds that live in my yard year round and who sometimes tolerate me when I set up my camera by the fountain or the feeders.  I hoped to capture one of the hummers in flight on this New Year’s Day but that didn’t happen so here is the little male Anna’s perched and fluffed against this chilly New Year’s day. 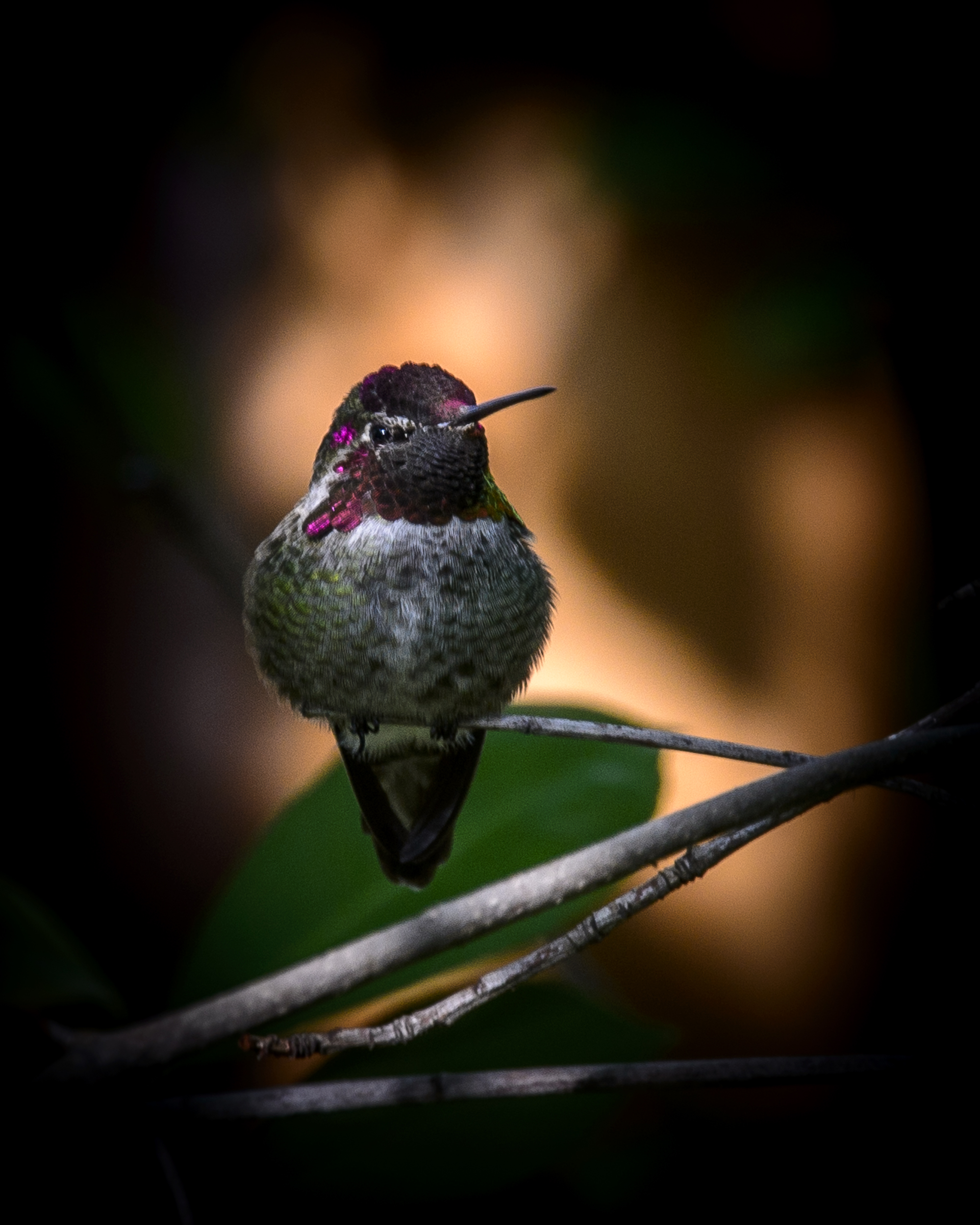