Owls are intriguing and elusive raptors. I had an incredible opportunity to photograph a Spectacled Owl in the wild in the middle of the rainforest in Costa Rica this past January. After we had cautiously negotiated our way through the pathless tangle of vines in the midst of the dense foliage and oppressive humidity of the rainforest, trudging along shouldering our tripods, cameras and long lenses, fording a small creek, and finally photographing our target, a poison dart frog, our guide Gary spotted a pair of spectacled owls high in the trees. They were wary and we tried to be as quiet and unobtrusive as possible while we jostled for position below. My viewfinder had fogged up but I still managed to capture one of the pair and when it moved, I was even able to pick up and move my gear and find my target again.

A couple of Sundays ago, at the California Foundation for Birds of Prey Open House, I had a much easier time photographing a captive bred Spectacled Owl, Owlsley, the newest owl addition to Kate Marden’s West Coast Falconry operation in Marysville. He is not yet mature so the markings are not quite the same as the bird in the wild and the difference in Owlsley’s feathers in just a few months is amazing to see. And, if you look closely, I’m reflected in Owlsley’s eyeballs in the next to the last shot.

There, Spectacled Owl, in the Costa Rican rainforest on the Osa Peninsula in January 2015: 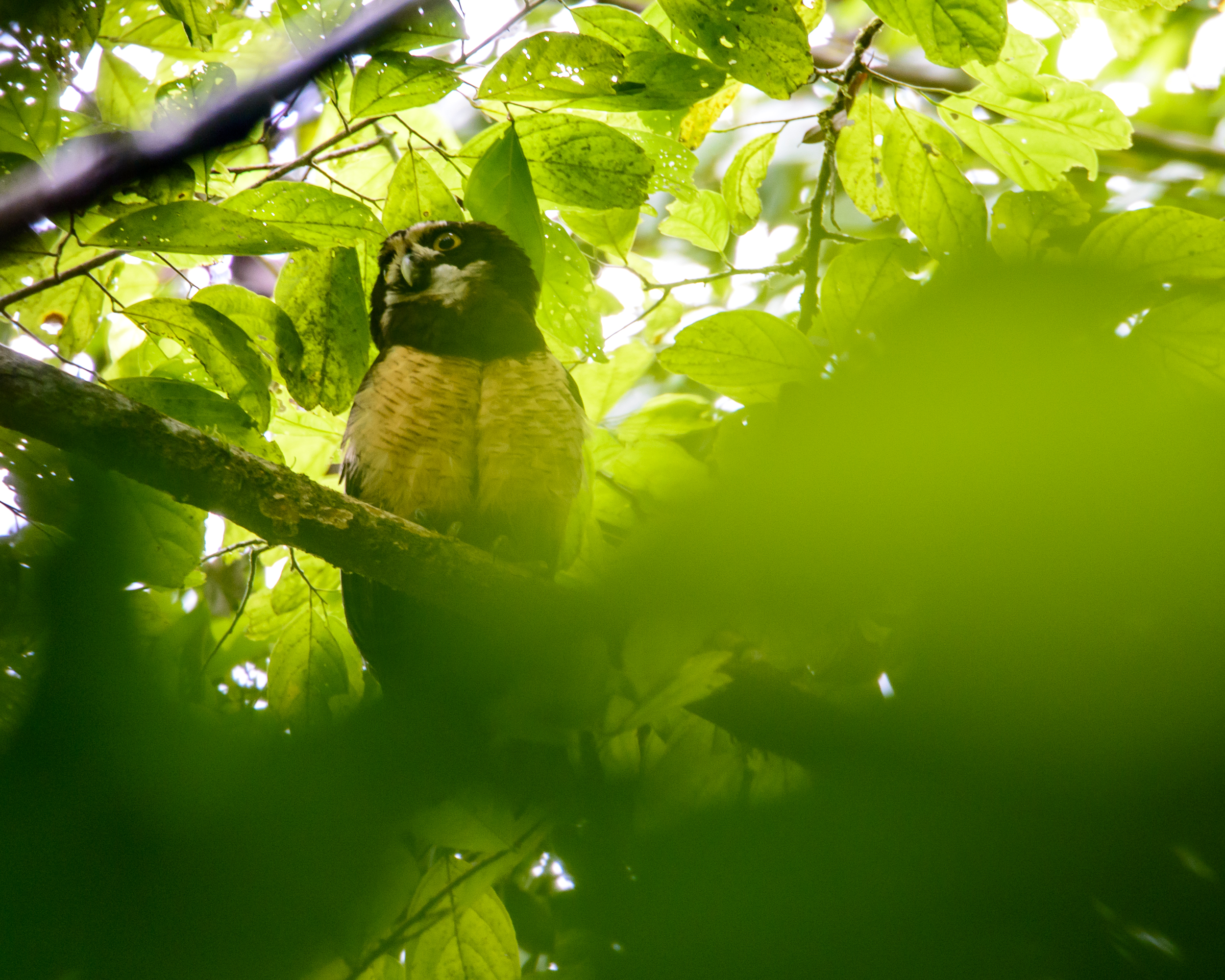 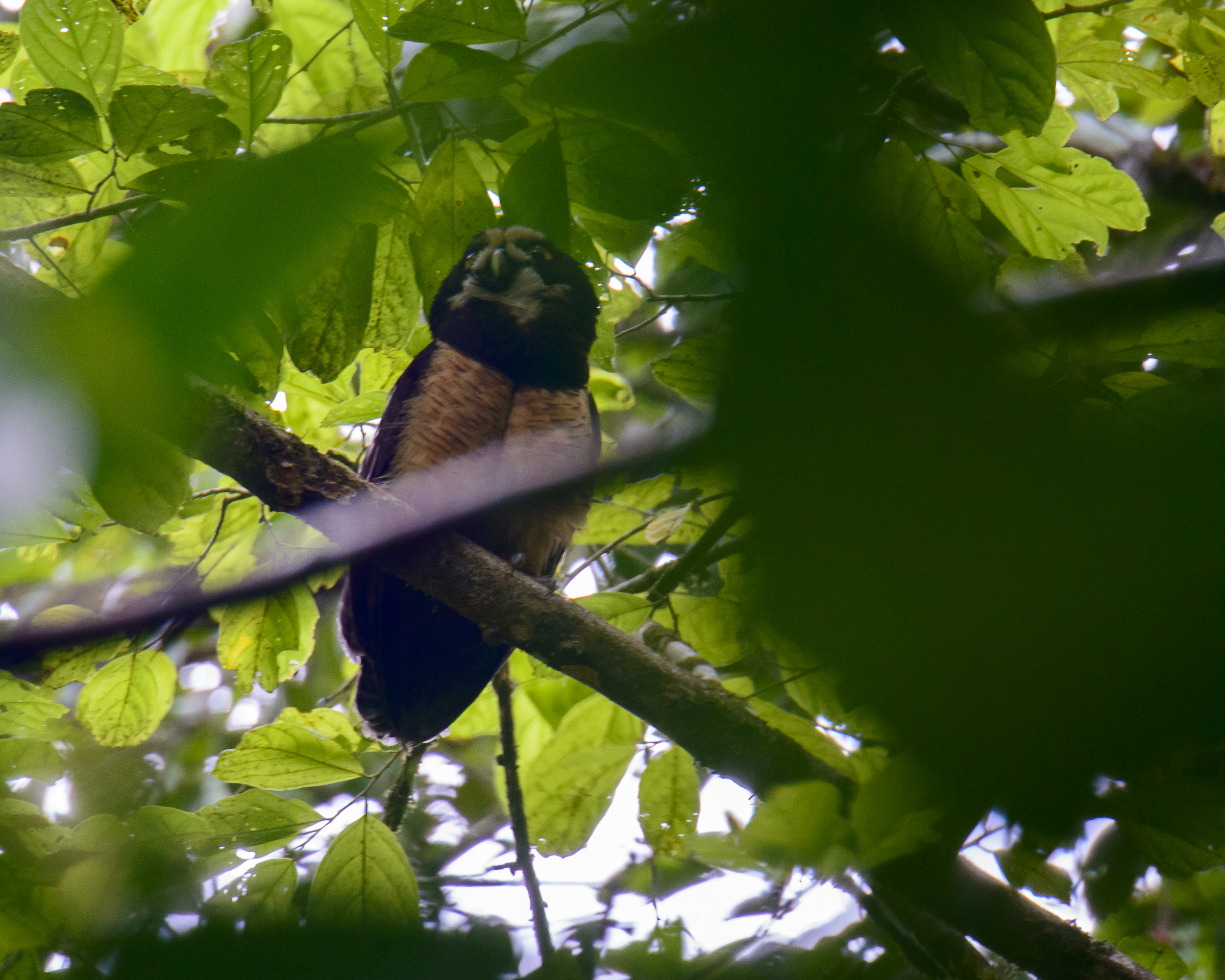 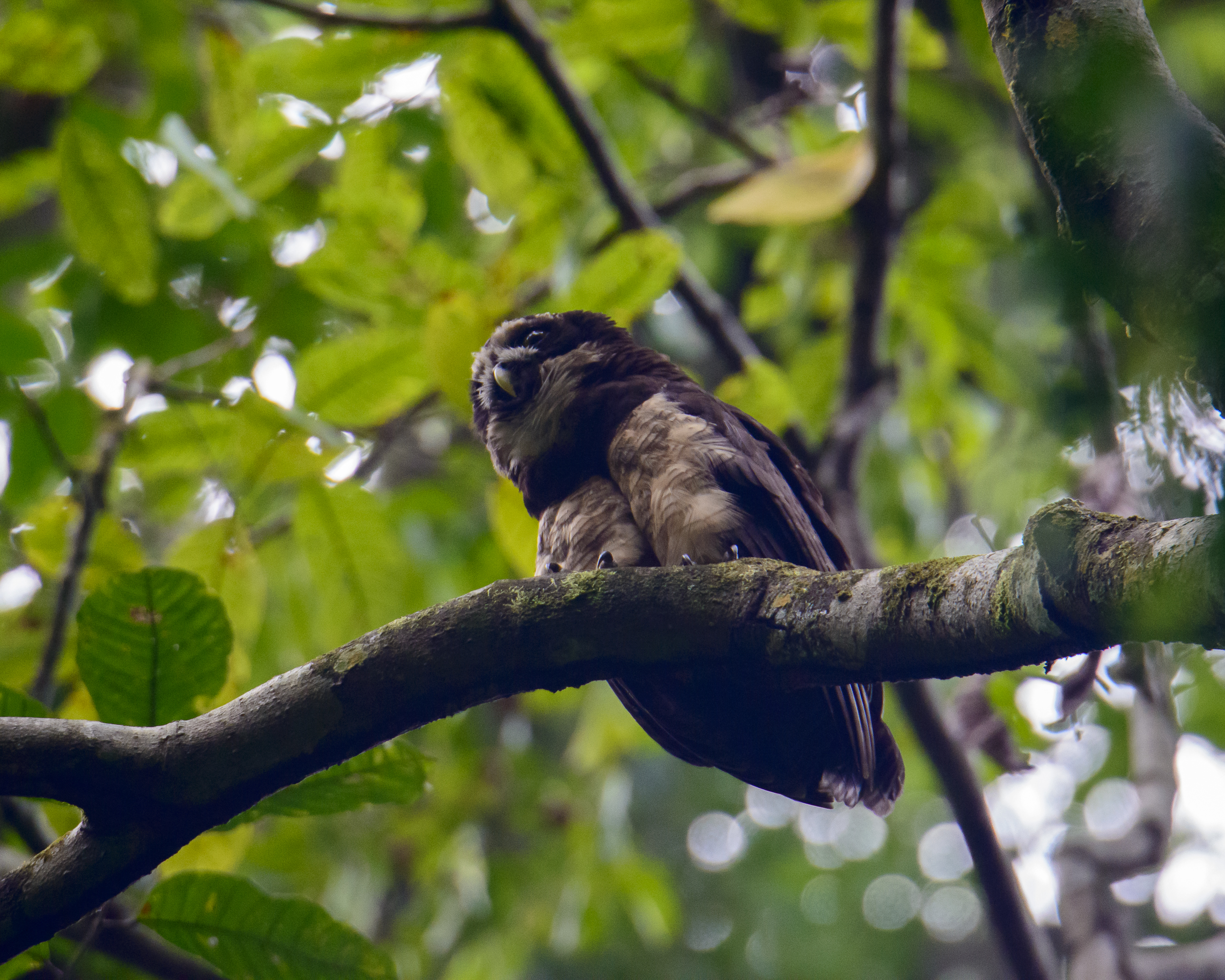 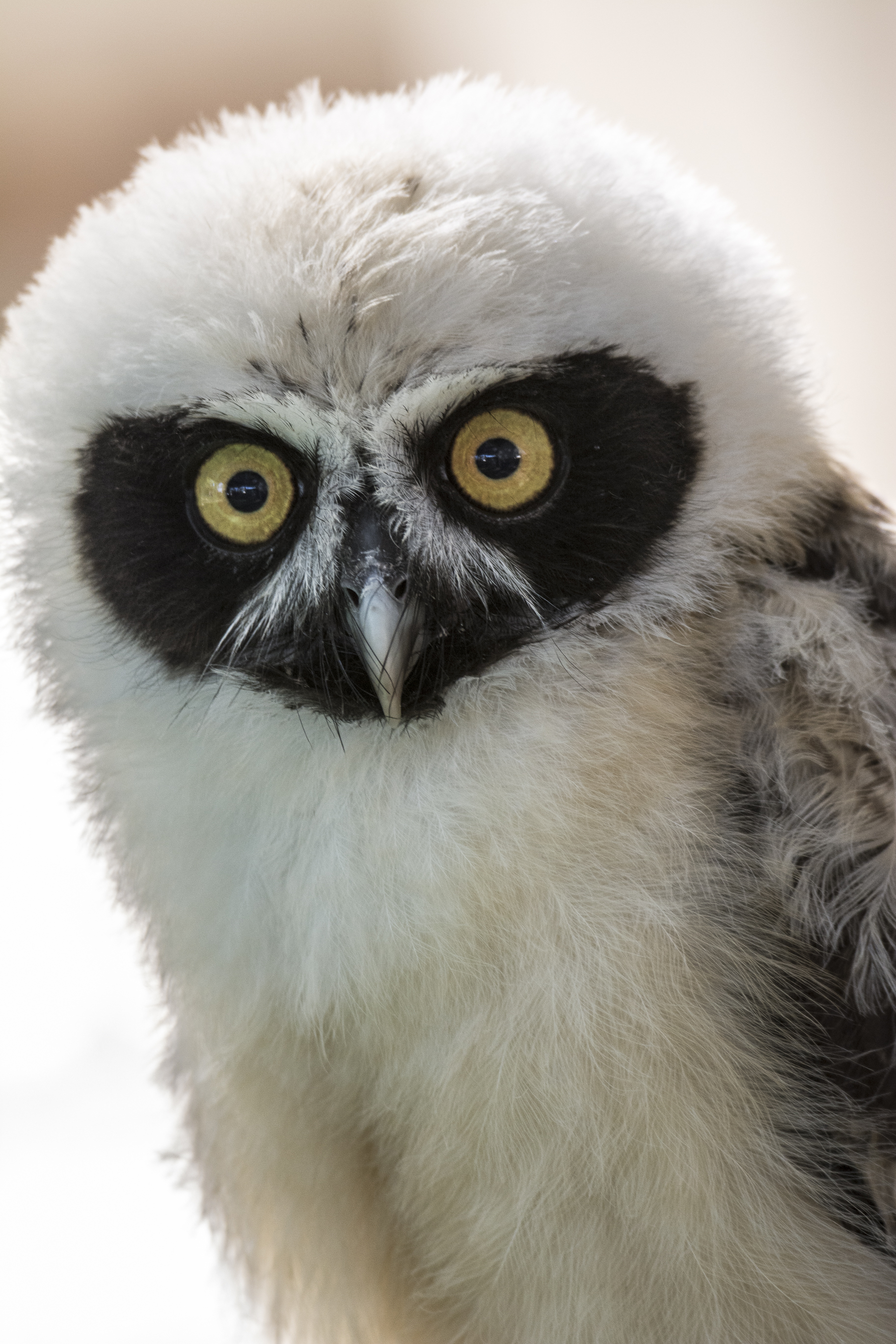 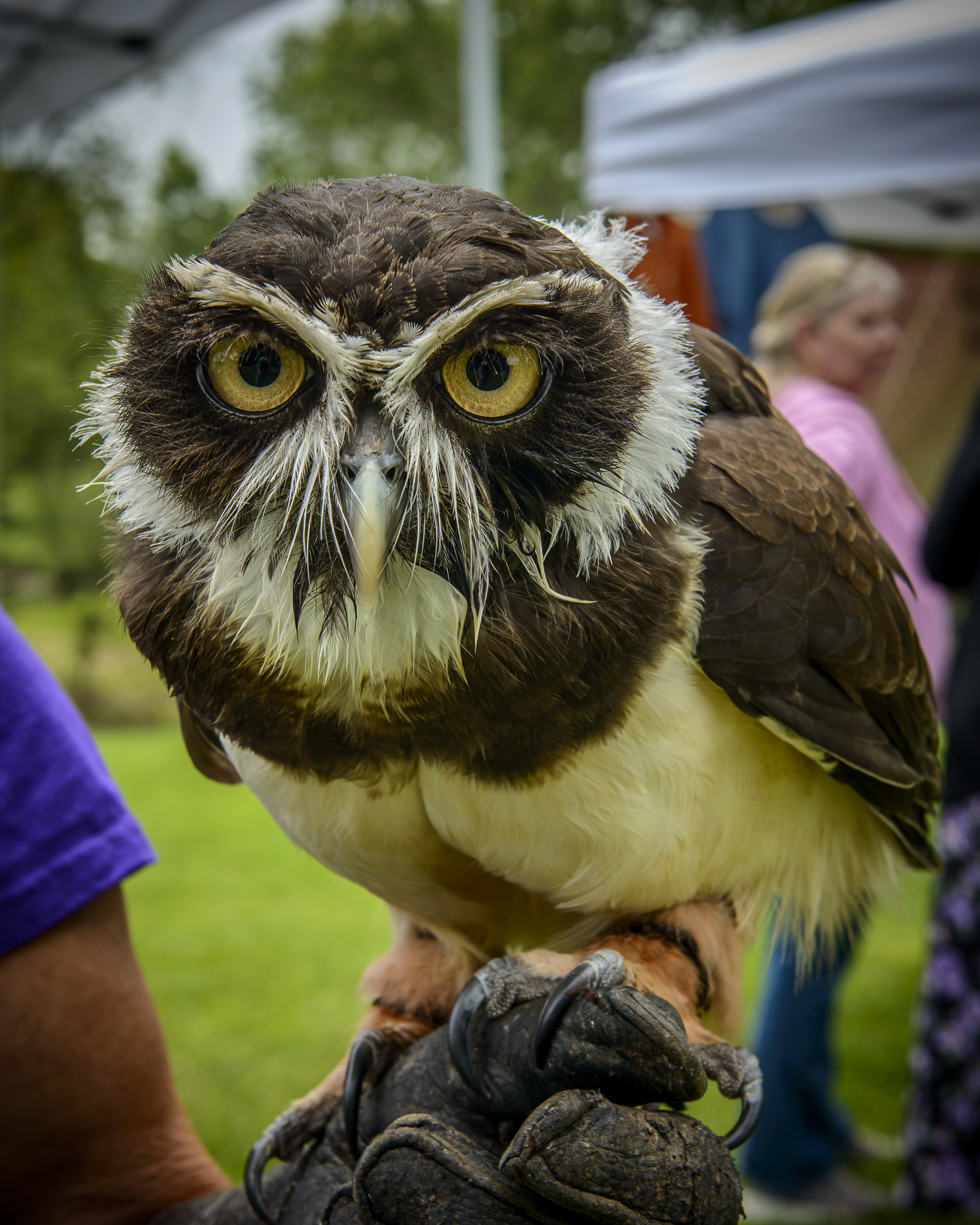 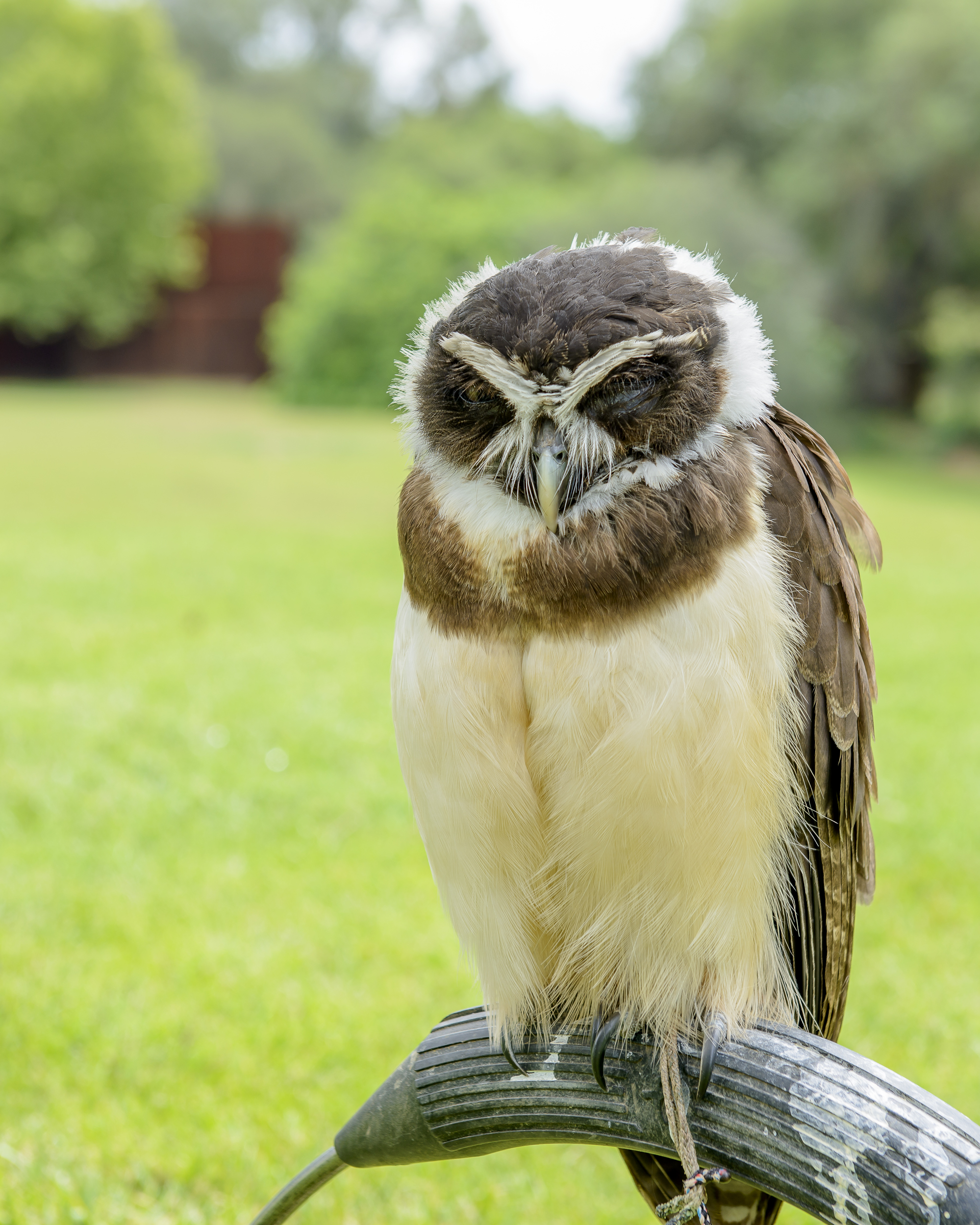 One thought on “2015—Spectacled Owls—There And Here”