At least it could be a long way from home for this Gulf Fritillary, although the species apparently has returned to the Sacramento area and recolonized after an absence of about 40 years. After I did a Google search (thank you, Google) to identify the butterfly I didn’t remember seeing before today, I learned that, according to UC Davis professor of Evolution and Ecology, Dr. Arthur Shapiro, this showy subtropical butterfly whose normal range is from the Southern United States south to Argentina first returned to the area just a few years ago. You can read more about the Gulf Fritillary here.

When I planted my vegetable garden a couple of weeks ago, I also planted a butterfly bush and hoped to attract hummingbirds to it. So far I haven’t seen any of the hummers go to it but Saturday afternoon, while on the telephone with my friend Susan in Wisconsin, I saw an orange butterfly fly by and head straight to the butterfly bush. An aptly named plant I must admit. My D7100 with the 80-400mm lens was sitting on the kitchen table and the patio door was open to allow Mady to come and go as she pleased. I jumped up, grabbed the camera, cradled the phone between my shoulder and ear and managed to get several in focus shots. And, unlike many other butterflies that are very elusive and skitterish, the gulf fritillary is not readily spooked and I was able to step closer and closer. It finally left the butterfly bush and landed on the Spiraea where I captured a couple more shots. This butterfly’s wings have become a bit tattered but the colors are still quite brilliant. 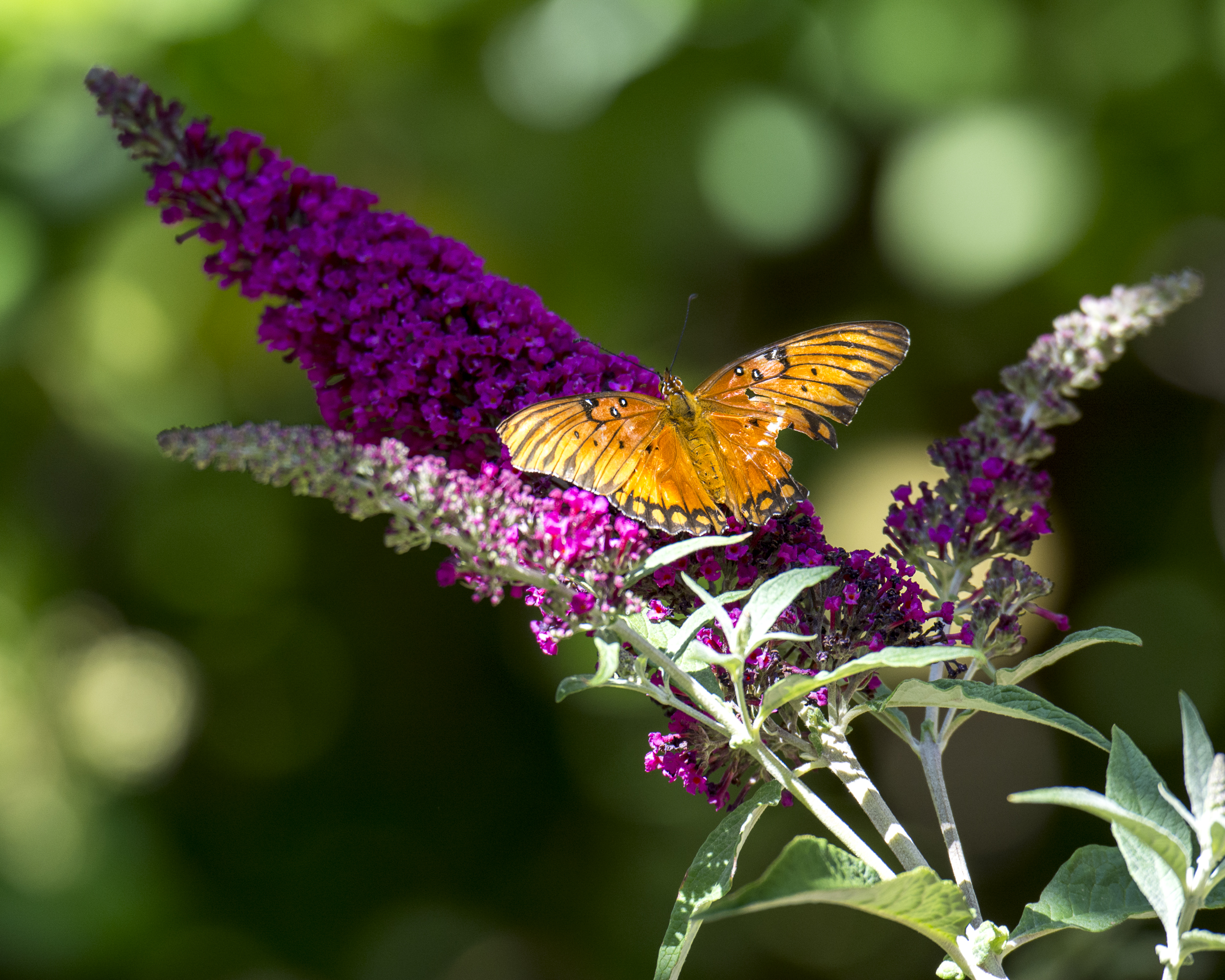 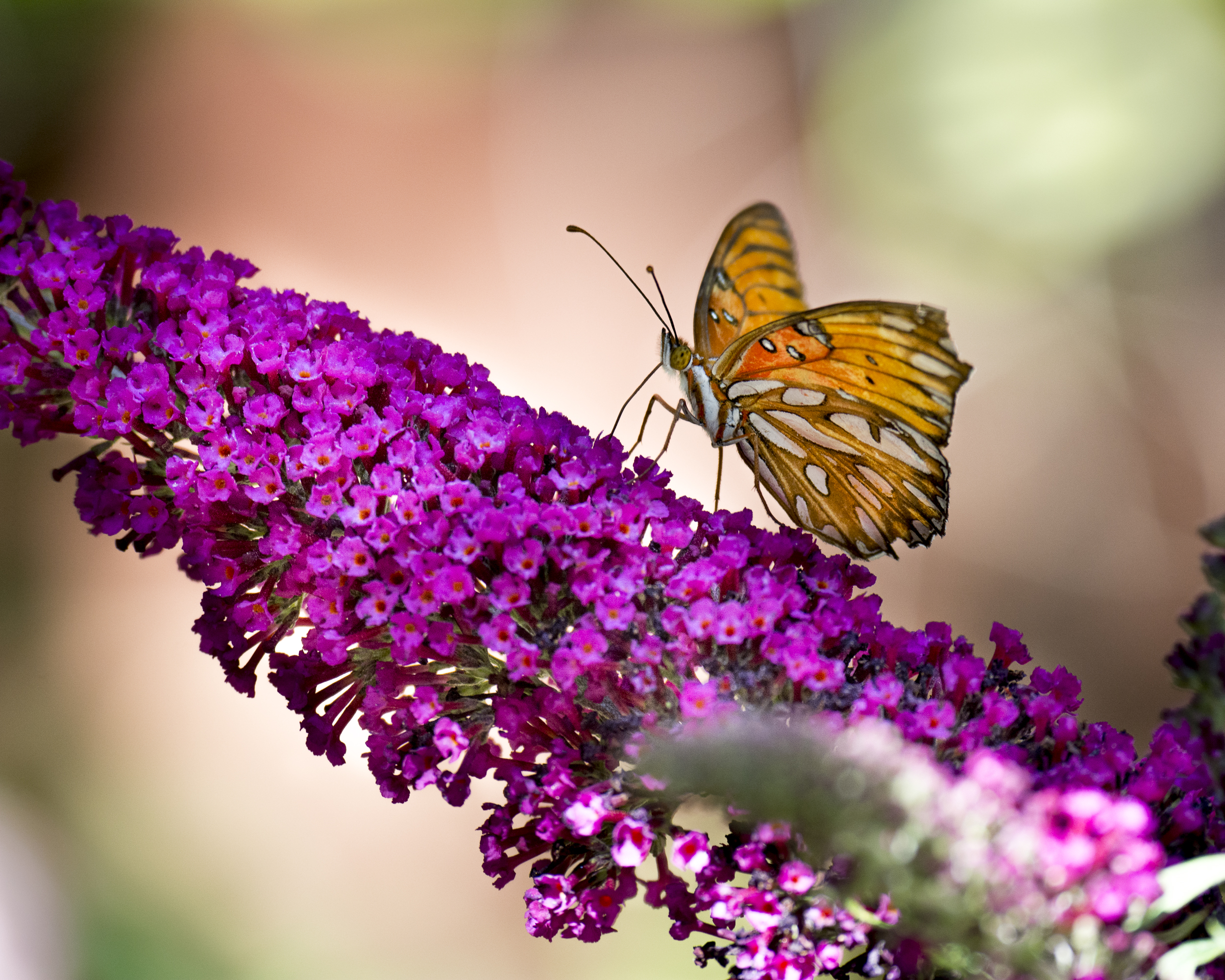 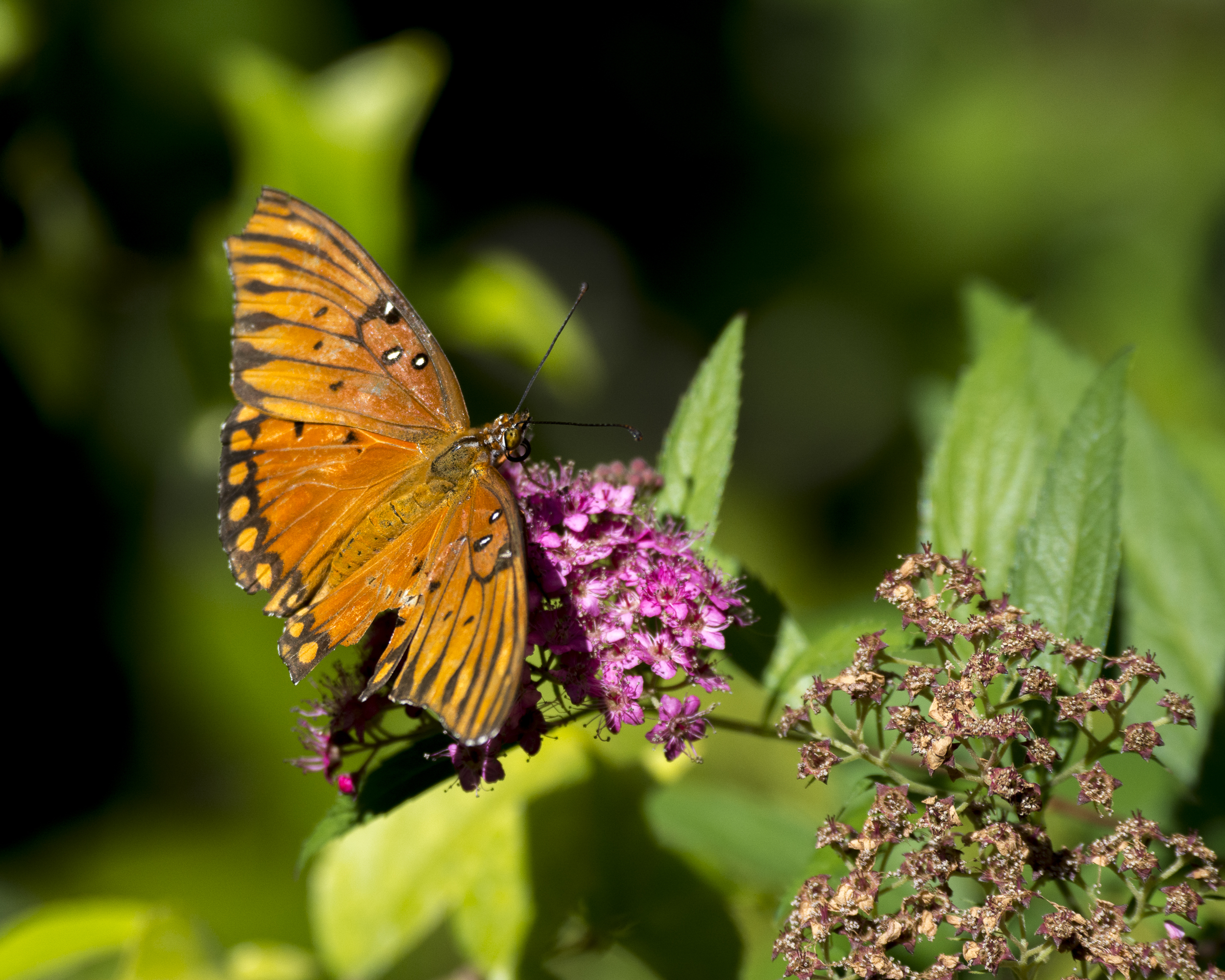