My friend Peggy asked me to take some photos of her new puppy, Rosey, an adorable Heinz 57 pooch with poodle, dachshund, and who-knows-what-else heritage. As I told Peggy, photographing the constantly in motion Rosie was at least as difficult, if not more so, than my recent attempts at photographing flying egrets and roseate spoonbills in Galveston a couple of weeks ago. The good news is that I’ve been enlisted to take monthly updates, at least for a while, so I hope that my technique, and thus my photographs, will improve over time. Because we were indoors, I resorted to flash, both to get better light and to stop the motion. On this day,Rosie’s favorite toy seemed to be her rope.

In the first shot, she looks at me as if to implore me to not take away her rope. In the second, she looks up at Peggy, waiting for the game to begin. In the third, it’s full on rope-a-dope. 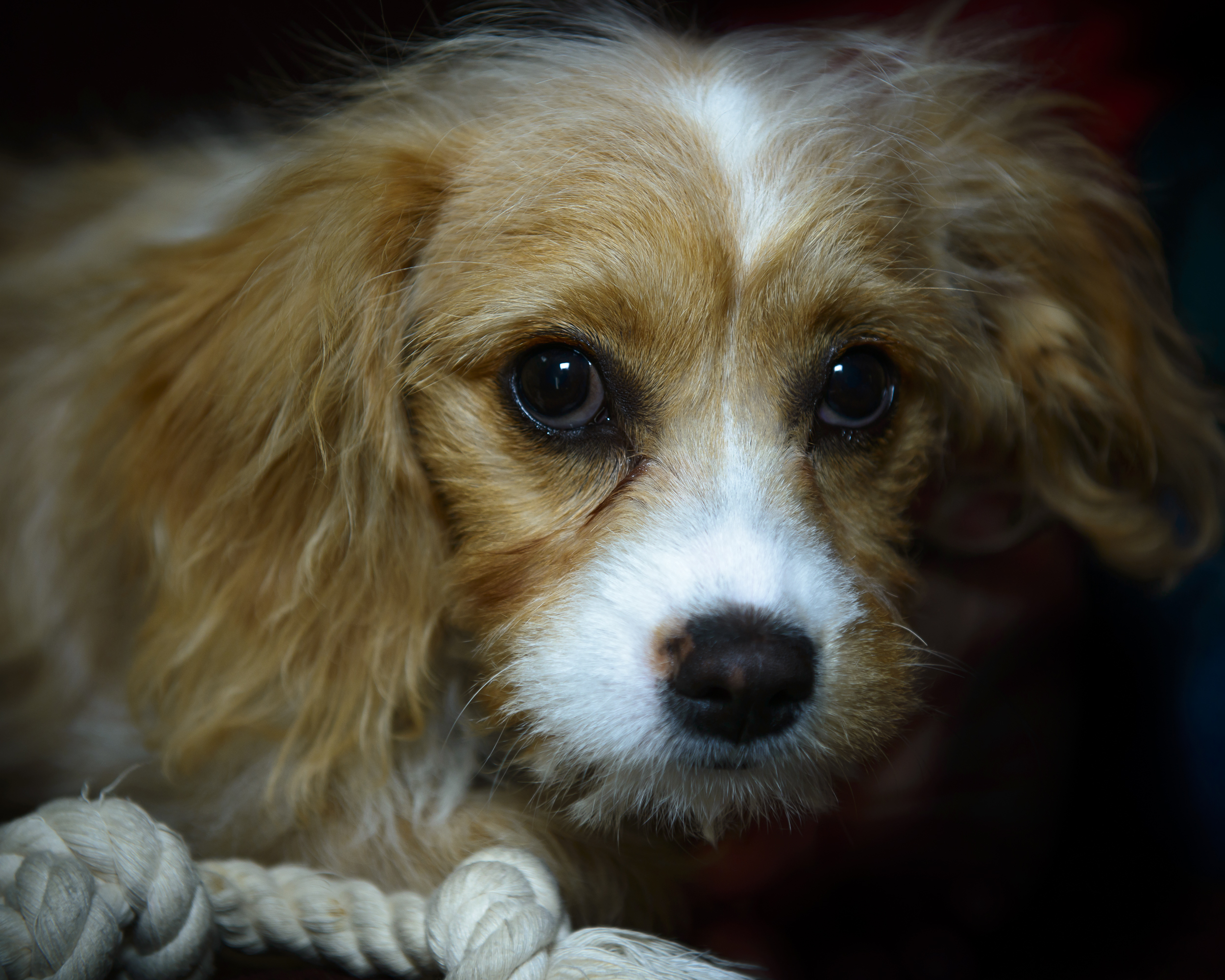 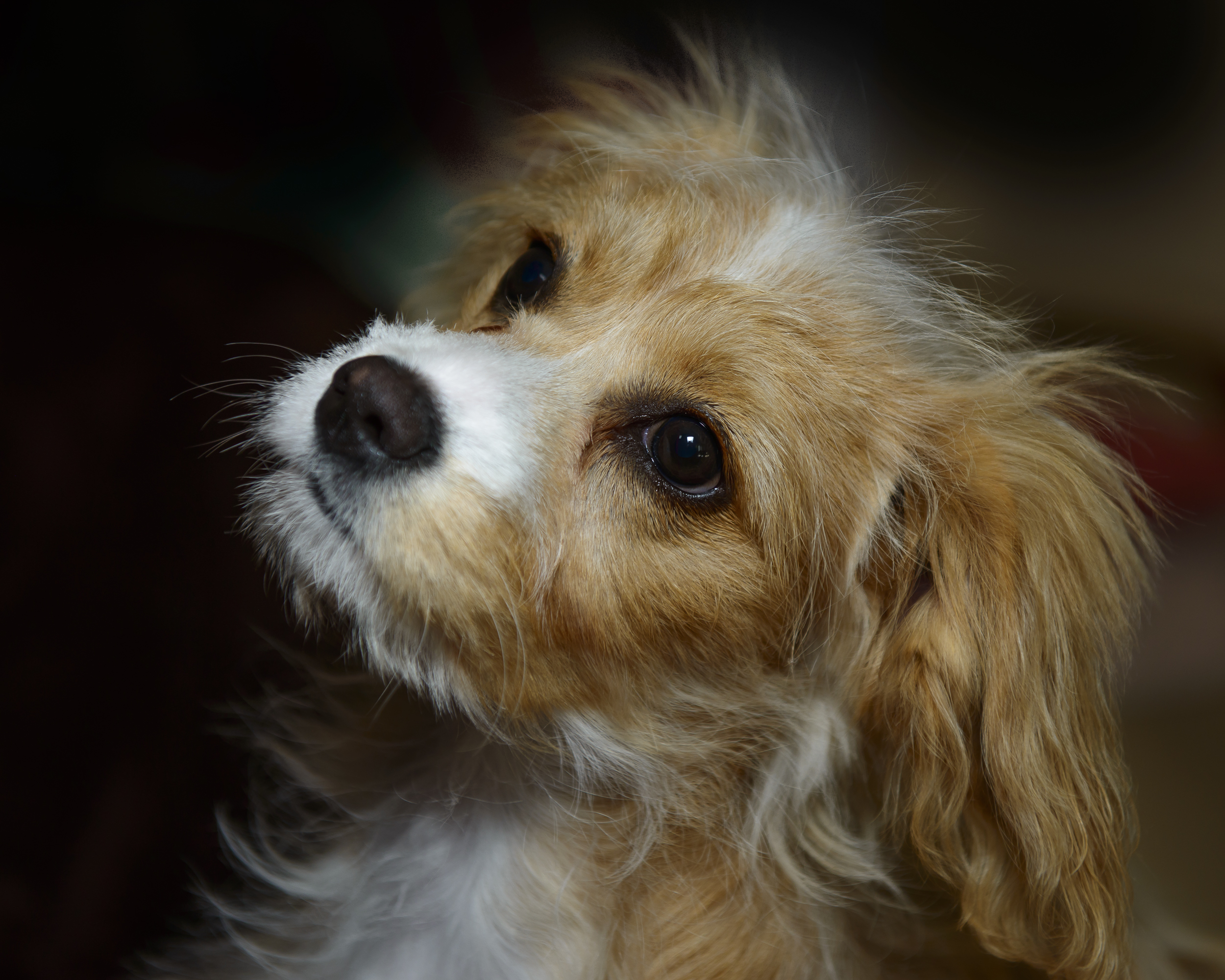 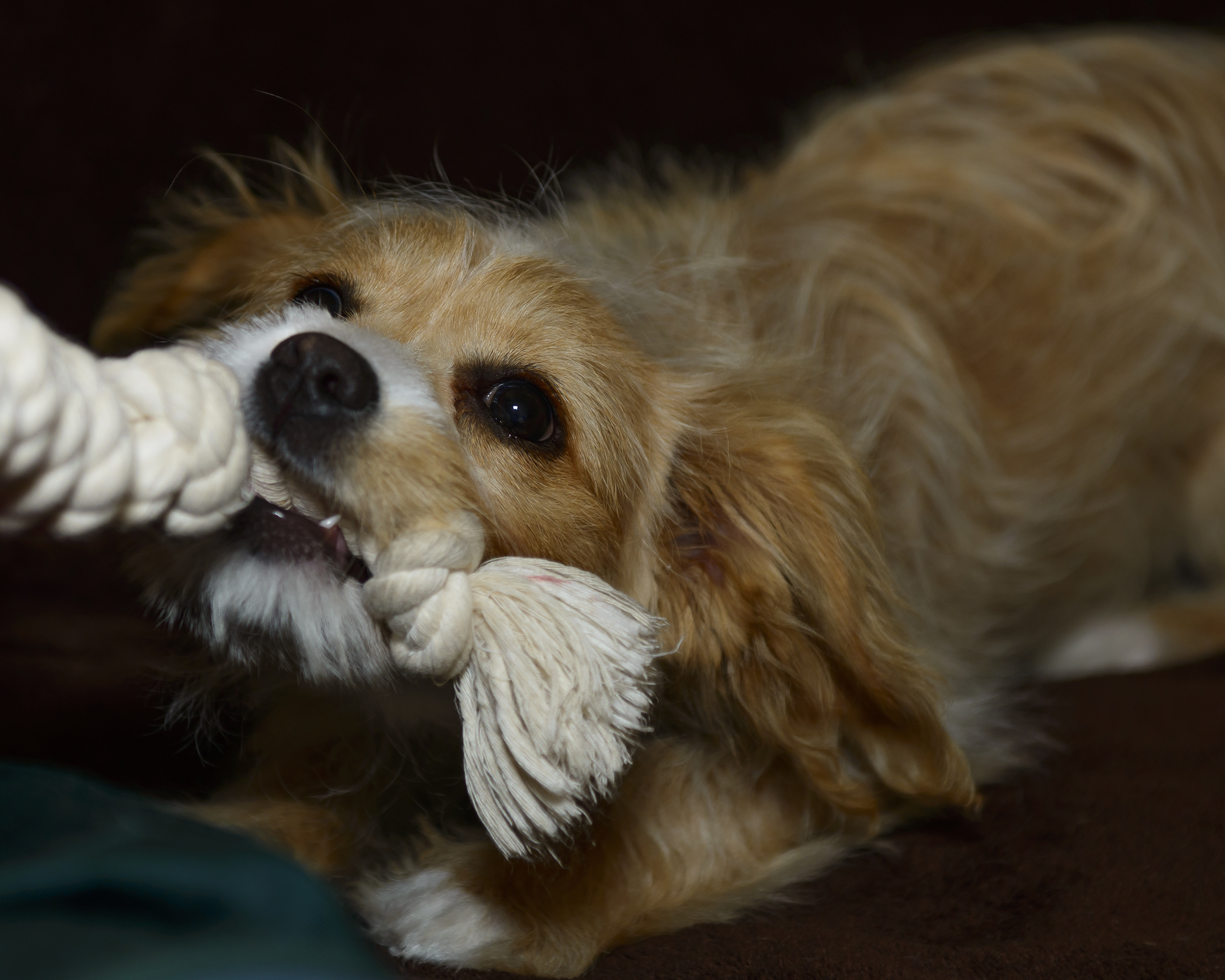