During my trip to Arches National Park last week, I had the opportunity to photograph heavenly bodies each night.  The first night at Double Arch was a shake down exercise, to figure out what ISO, shutter speed, aperture, and white balance worked best.  I alternated between ISO 1600 and 3200; shutter speeds between 20 and 30 seconds; and apertures between f/2.8 and f/5.6 with my 14-24mm lens.  I also experimented with cloudy white balance but generally preferred Auto Natural Auto on my Nikon D850.  The shutter speeds were actually too long because the stars were not pin points but rather tiny streaks because of the Earth’s rotation in those seconds.  Nevertheless, it’s quite a thrill to see the Milky Way dimly in the sky, then, bring out its glory in post processing. 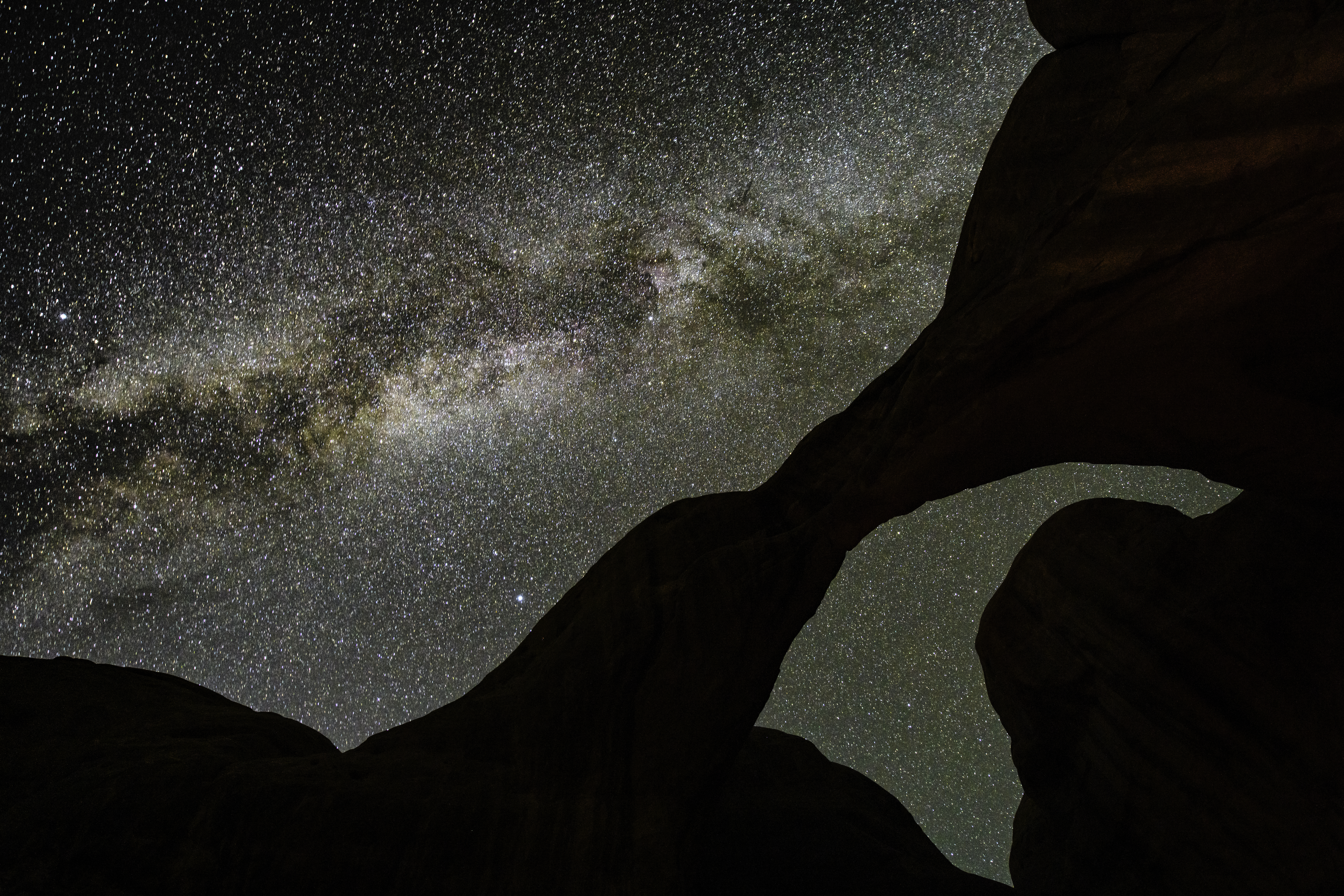 One thought on “2018—The Milky Way at Double Arch”