On Wednesday morning my brother, Arthur, had to make the gut-wrenching decision to put down his beloved Golden Retriever, Mady.   I am heartbroken.  I felt that Mady was as much my dog as his.    I was her primary dog sitter and during her 11 years in our lives,  I spent many weeks each year looking after her.  She got to know my neighborhood, many of the local parks and walking trails, and even the neighbors.  She got used to waiting patiently for me when I stopped to take a photograph of a bird along the way.  I got used to waiting patiently for her when she planted herself near a tree waiting for a squirrel she’d espied. She was sweet, loyal, and friendly.  And, she was beautiful.  Her coat was more the color of an Irish Setter than a Golden Retriever.  She remained curious about Bobo, my parrot (did she think of Bobo as a small green dog?) even after getting nipped on the nose by that beak.   She and Bobo were jealous of each other and if I paid attention to one, the other made it known that I needed to pay attention to them, too. When I was with her, she greeted me each day with a wagging tail and she rolled over to be scratched, petted, and rubbed.  She was exuberant at the prospect of a walk.  She hated riding in a car.  She’d eagerly splash in a creek if she could.  She was afraid of loud  noises and would scramble onto my bed if she heard a backfire or a fire cracker, shivering until I could calm her down.  She’d hang her head in shame when she was reprimanded for some transgression.  She would leap with glee when presented with a new chew toy, usually destroying it within minutes.   She was a great dog.  She was a fun dog.  She was Mady.  I will miss her.  Rest in peace, Mady. 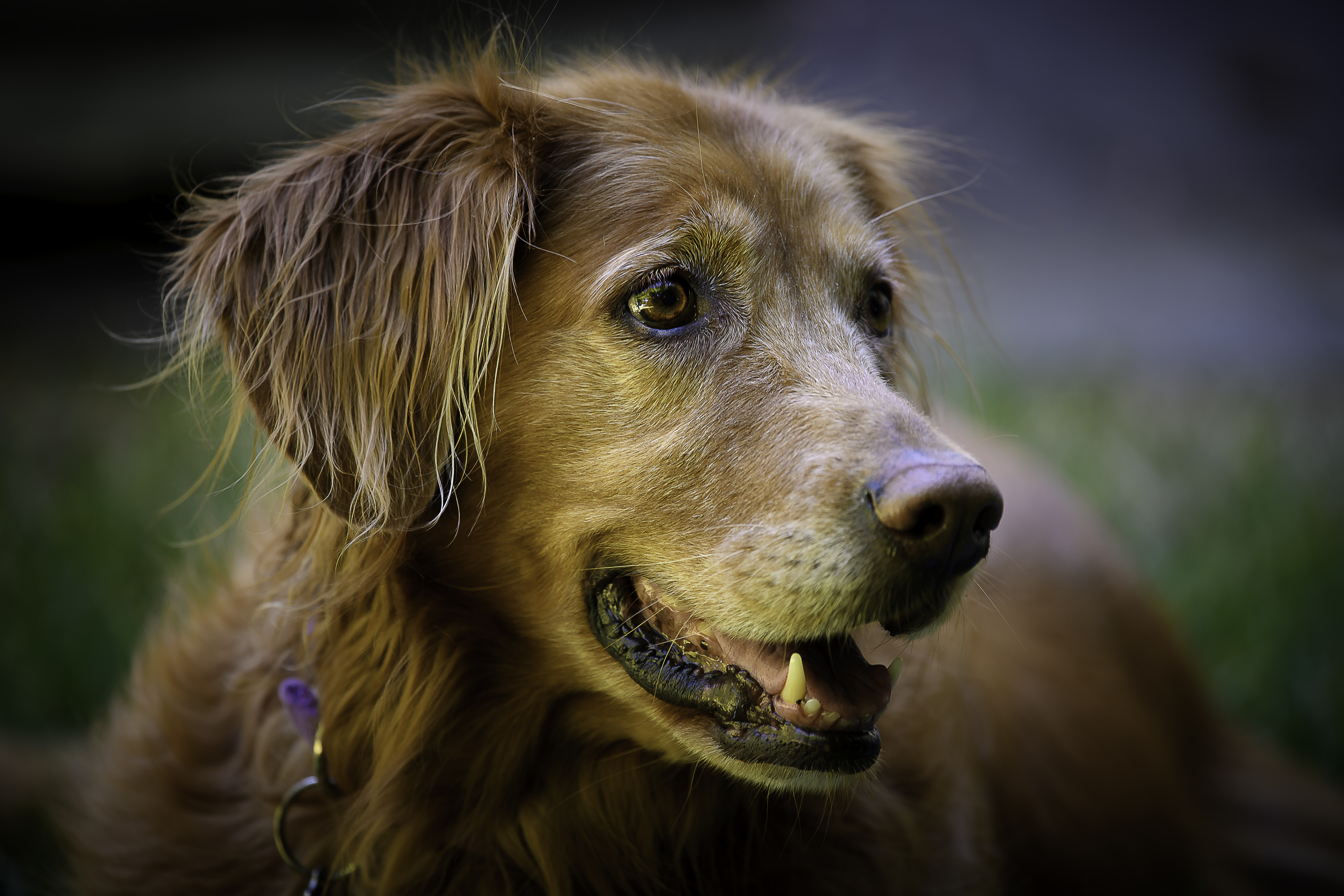