One of the most interesting aspects of Arches National Park is how different the rock formations appear at various times of the day, primarily because of changes in the light. At early and late times in the day, the shadows elongate and suddenly, the mind’s eye begins to see shapes and forms in the rocks.  On Friday morning, we visited Skyline Arch, a place I’d never been and that was deserted except for us.  Because of the early morning hour, the shadows created lots of fodder for the mind.  One of the shapes that caught my eye was that of the face of a wizened old man wedged into a dark crack in the rock.   It looks a bit like one of  Ents, or tree people, in J. J. R. Tolkien’s  Lord of the Rings Triology.  It wasn’t until I looked at the photograph again that I realized his wasn’t the only face there.  Another face, a much larger face appears to react to the appearance of the wizened old man.  That face takes up the right half of the photograph, turned slightly away, with mouth agape reacting to the other face in the rock. 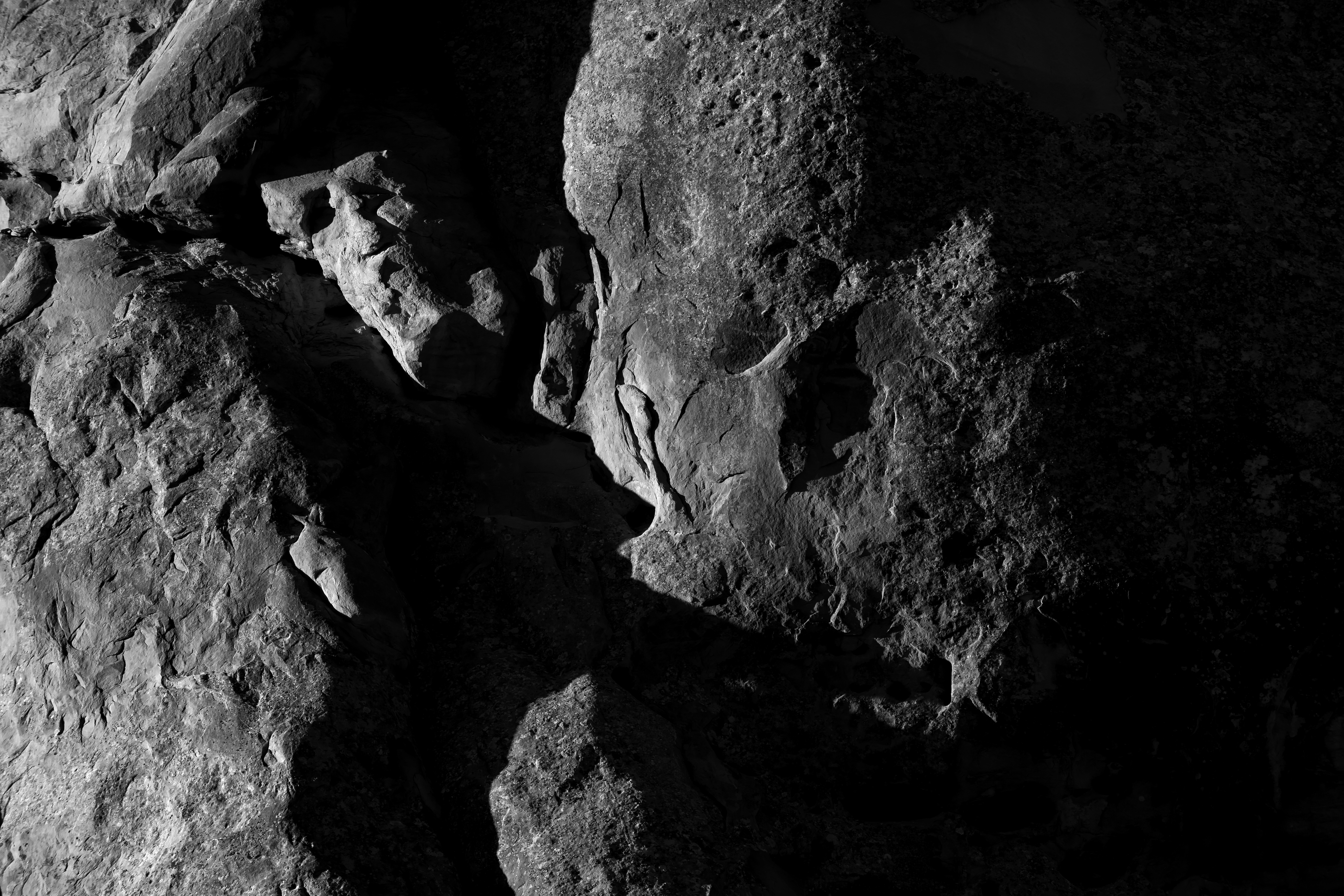