I have a knit cap that I bought several years ago in Arches National Park with the slogan:  Utah Rocks! on it.  That is quite appropriate as the rocks in Utah do rock.  But, as I discovered when I was there a couple of weeks ago, the stars rock, too.  And here are some of Utah’s stars with some of Utah’s rocks, in particular Sheep Rock, as a setting for the stars.  The Courthouse Towers formation was behind us and pollution from the city of Moab’s lights is clearly visible at the horizon.  The Milky Way looks almost like smoke spewing out of Sheep Rock and the long exposure creates the straight lines from air traffic in the sky. 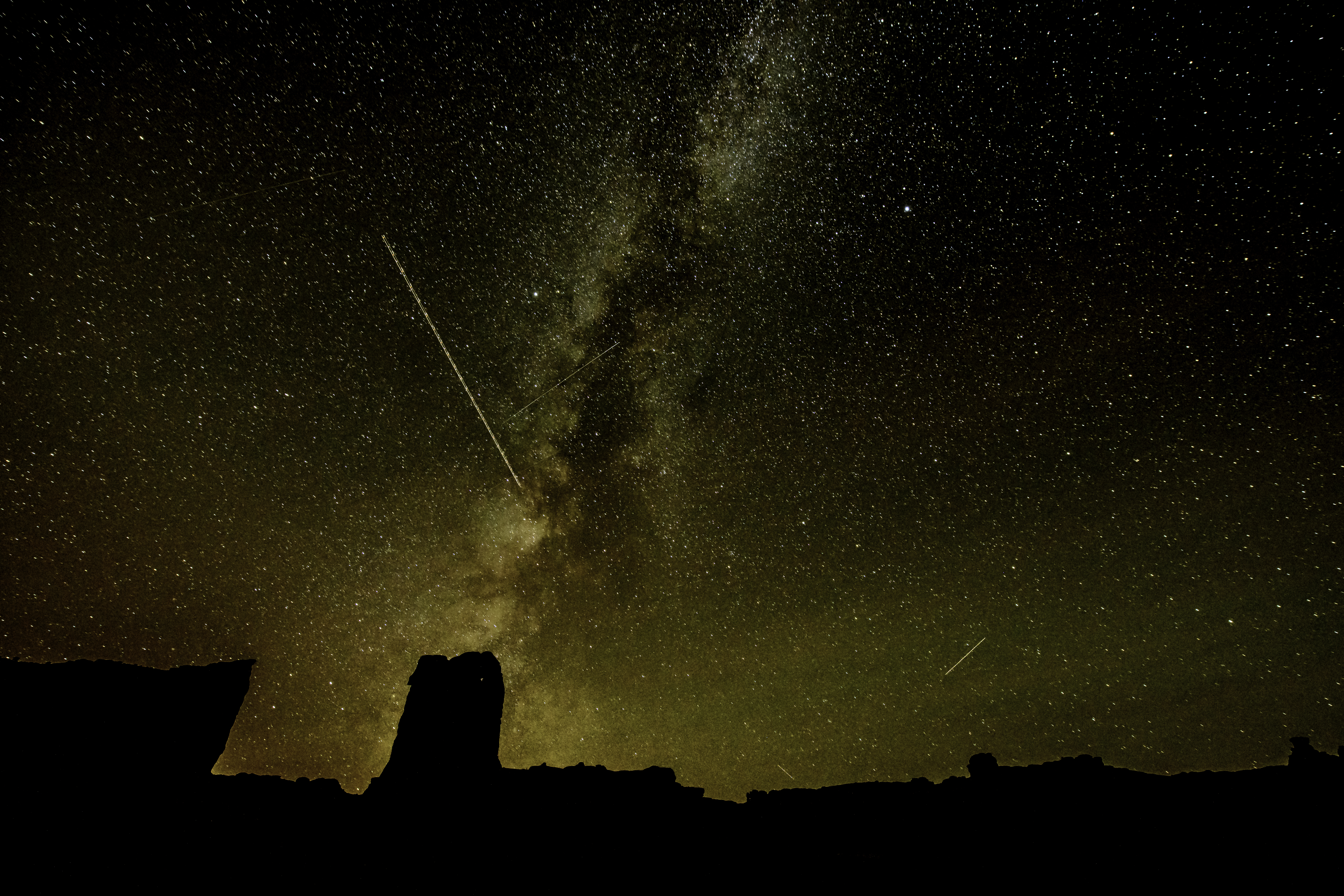