The weather in Yosemite National Park is not what was predicted last week. We were anticipating fresh snow and lots of it. What we have is fresh rain and lots of it. So much rain, in fact, that several of the access roads into Yosemite are closed, including one major closure due to rock and mud slides. We’ve received numerous emergency flash flood warnings on our iPhones but the inclement weather is not keeping us from photographing the gorgeous Yosemite Valley.

Wednesday afternoon between storms, the clouds were so low they surrounded the mountains and at times almost obscured the thundering flows of Upper and Lower Yosemite Falls, dry only last week. This photograph of the low clouds surrounding the falls with the sky finally turning blue after two days of total gray, is one of the last photographs I took late Wednesday afternoon. Soon after, the gorgeous light disappeared and intermittent raindrops became constant. 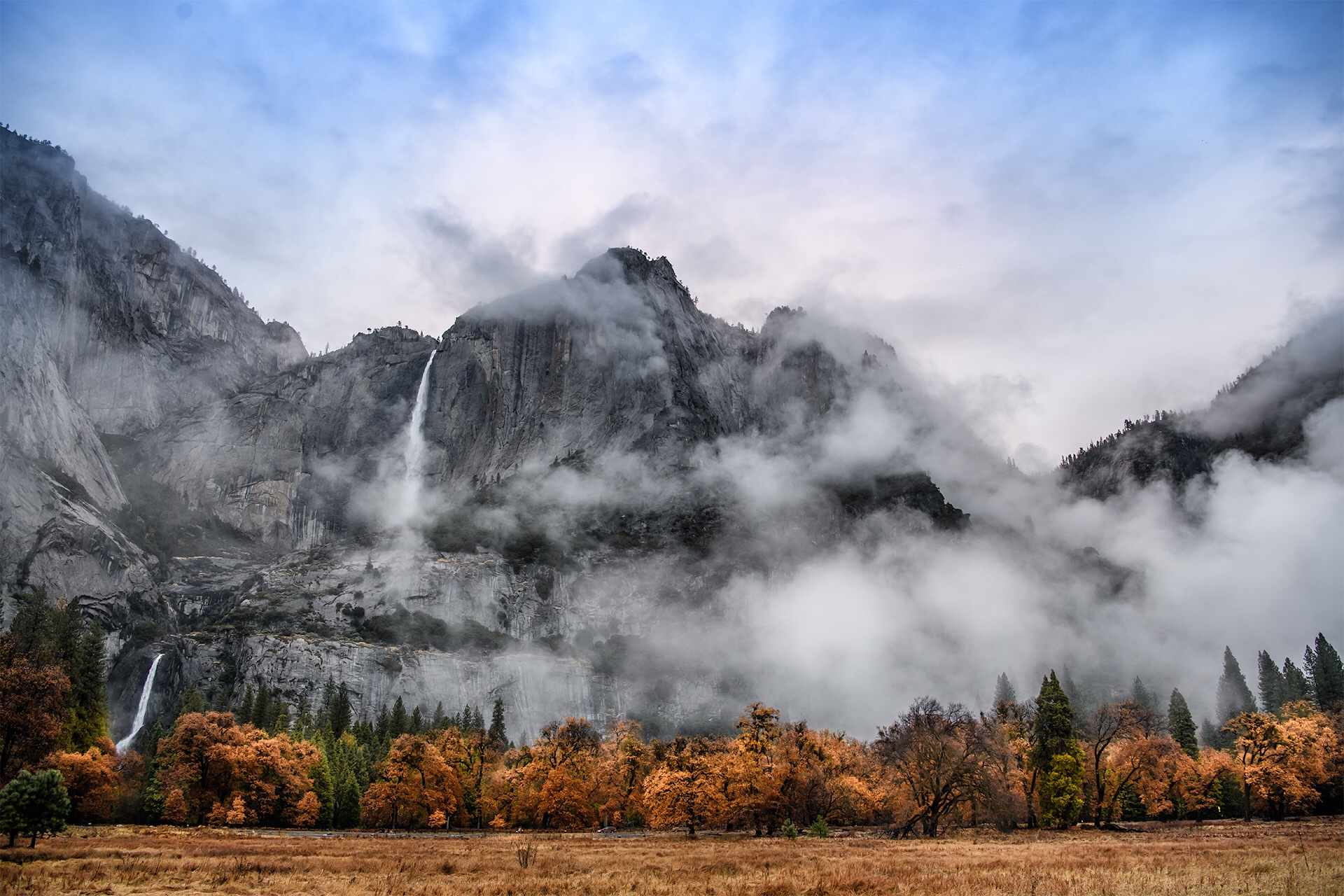