Mesa Arch in Canyonlands is a fascinating place.  It is a spectacular sight when the sun lights the red rocks beneath it and that light is reflected on the underside of the arch after sunrise.  When we arrived there Wednesday morning before sunrise, the area facing the arch was filled with people: photographers, foreign tourists, and a few runners.  The photographers, most of whom appeared to be part of an organized photography workshop were lined up shoulder to shoulder about 15 feet away from the arch itself,  a sort of Maginot Line of photographers. past which, no one would dare venture.  A few hardy souls squeezed near the corners of the arch further blocking access with their tripods and camera bags.  But, we knew they did not have the best vantage point.

We arrived without tripods carrying only a single camera and lens with a backup second lens in our pocket.  And we waited.  We stood to the side, avoiding the hordes and watched. A few minutes before 7AM, the sun came up, suddenly appearing on the far horizon and the Maginot Line came to life snapping sunrise photographs.  During this flurry, the sun appeared through the arch but the underside of the arch was not yet glowing red.  As the sun rose higher and the horde began to dissipate Moose stepped forward to the center of the arch, lay across the rocks at the edge of the bottom of the arch, aimed his fisheye lens as the underside of the arch began to glow.  I went next, then Richard.  The horde realized there might be a shot there and suddenly the Maginot Line moved en masse and blocked us out again.  The flurry of activity continued for another ten or fifteen minutes during which we did elbow our way back into the opening of the arch in turn, but we were more polite than others there.  After 30 minutes, all but one other photographers and us had disappeared.  We had the freedom to move about wherever we wanted to be.  And the photography just kept getting better.

After about 45 minutes after sunrise, the magic that is Mesa Arch appeared, as if out of nowhere.  The underside of the arch glowed even more fiery red, the front of the arch was devoid of people, a few clouds appeared in the sky behind the arch, and it was glorious.  And we were the only ones there to witness, enjoy, appreciate, and photograph it.  This photograph was well worth the short wait. 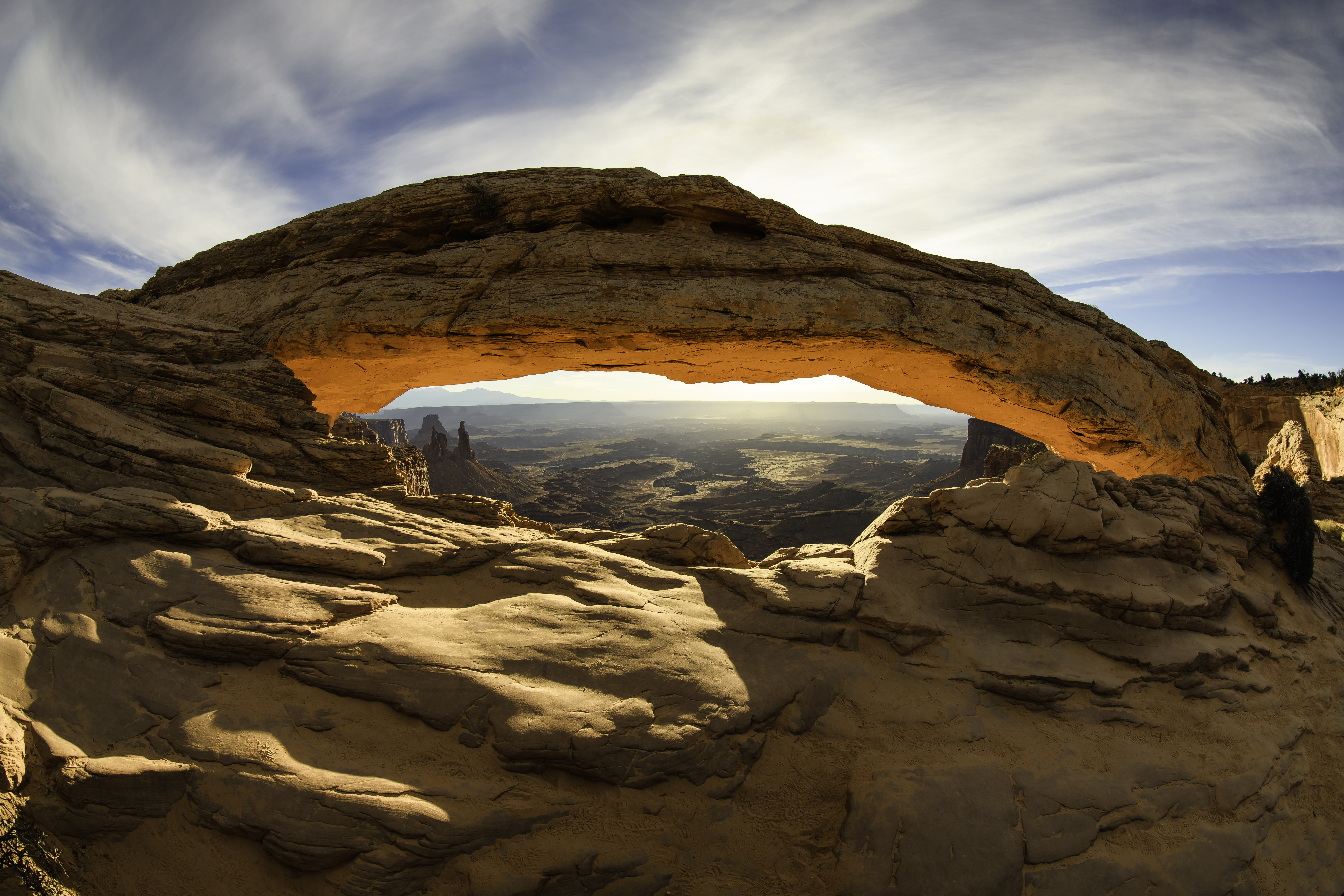