Photo IDs are nothing new.  During World War I, stevedores on the docks in San Francisco had them.  100 years ago, on February 1, 1918, the US  Customs Service issued my grandfather this photo ID.  The paper is yellowed, creased, and worn but the type remains clear and, remarkably, the small, glossy sepia photograph remains firmly glued and affixed with a metal brad.

My paternal grandfather was a foreman stevedore for the Pacific Mail Steamship Co. in San Francisco.  I love that the permit is still so legible and that the  photograph remains so clear despite the document’s age and its frequent folding and unfolding during the time he used it in WWI.   He was 41 in this photograph.  The photograph makes it obvious to me where my father got his nose! 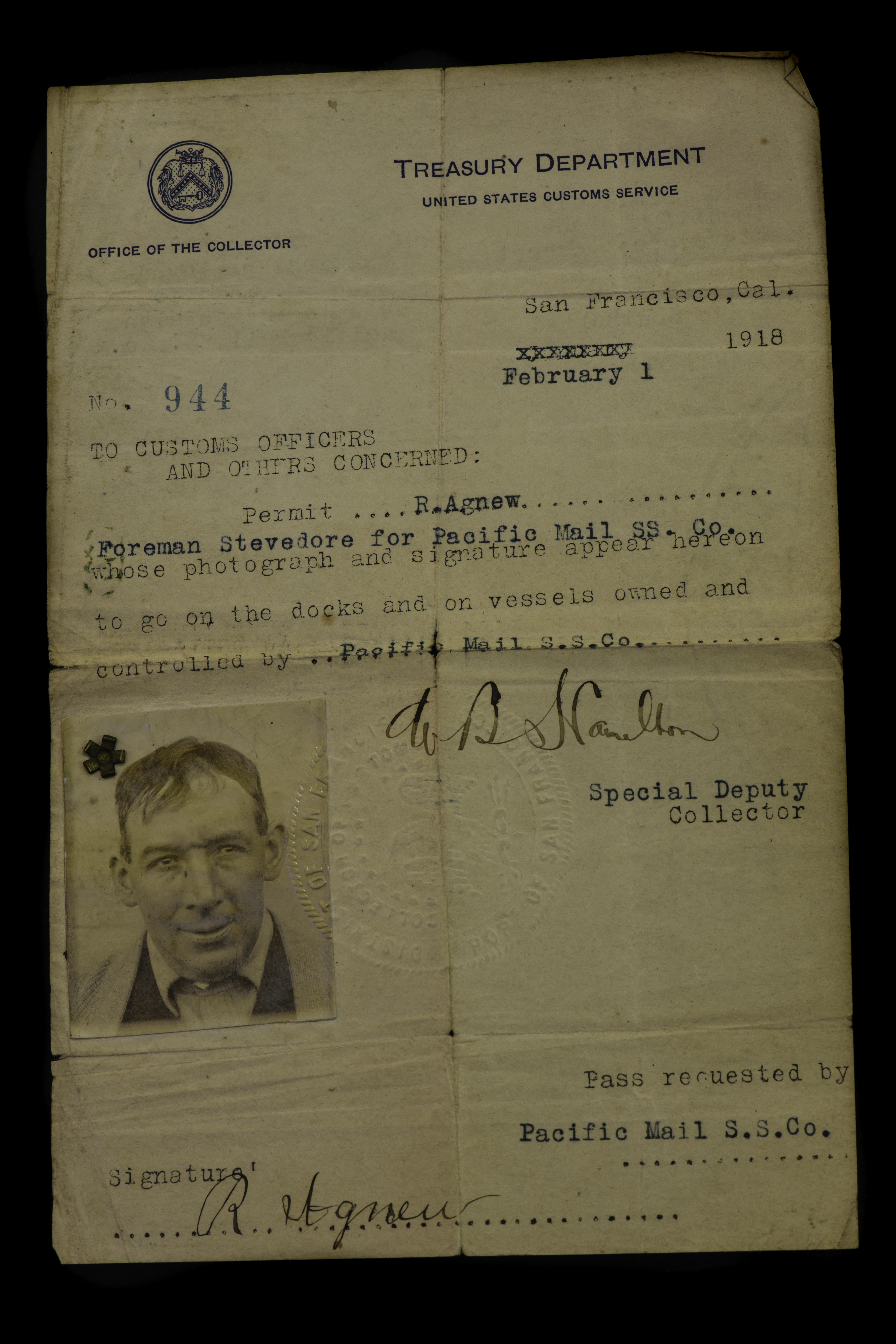