Actually, I’m only half Swedish;  well, I’m really only 45% Swedish, a quarter Irish and the rest English and Norwegian.  That is, as of yesterday.  Prior to that, it appeared I wasn’t Swedish at all and only a tiny fraction of me was even Scandinavian.  This, after a lifetime of believing I was half Swedish.

On a whim a few years ago, I sent a DNA sample to Ancestry.com.  I did this to determine the heritage of my paternal grandmother who was adopted as a young girl by a family with a German name but we suspected she was English.  I already knew for a fact that my paternal Great Grandparents emigrated from Ireland in the mid 19th century (I have the original naturalization papers) and my maternal grandparents came from Sweden through Ellis Island in the early 1900’s (I have ship manifests).  My DNA results confirmed the Irish part of me and the suspected English part of me but I was shocked to see that there were few Scandinavian markers and no Swedish markers.  Growing up in a family with two grandparents who spoke with strong Swedish accents, a grandmother who read a Swedish language newspaper, and a mother who spoke Swedish as a child before she spoke English, it was a deep puzzlement.  The DNA markers said that along with my Irish and English heritage, I was Finnish and Russian and Western European, and even a tiny bit Asian but the Scandinavian markers were an iffy 3%.

This fact has nagged at me for the past four years.  It’s very odd to suddenly find that you’re not what you thought you were.  I thought about my long-deceased grandparents and wish I’d asked them about their lives in Sweden.  I  remembered the Smörgåsbords my mother served on special occasions where I turned my nose up at pickled herring but devoured the Swedish meatballs.   I  tried to figure out how my grandparents’ families got to southern Sweden where they toiled as farmers and herdswomen.  How did their bloodline stay so un-Swedish?  It was a fact that both grandparents had dark brown hair, not the light blond that is the stereotype of Swedes.   Maybe my ancestors did come from elsewhere.  But, on my grandmother’s side, we discovered that for centuries the women in her family were herdswomen who tended cattle in the mountains in the Dalarna Region far from their homes during the summers.  They made butter and cheese and used wooden utensils passed down for generations to do this.  In fact, one of my most prized family possessions is a wooden bowl that my grandmother brought with her when she immigrated from Sweden through Ellis Island.  It is carved from the burl of some kind of tree and as long as I can remember, it has always been called The Bowl.  It has been in the family for centuries, the dates 1733 and 1734 carved in its bottom along with letters and symbols.  This was common among the herdswomen to identify their property.  It is passed down through the female side of the family.  You can read more about this in a post  I wrote about it 7 years ago.

My four year dilemma came to an abrupt end Friday afternoon.  My dear friend, fellow photo blogger, former college roommate, and genealogy enthusiast Melinda sent me an urgent text telling me that Ancestry.com had updated its DNA test results to reflect tens of thousands more markers.  For some, that could mean a change in the original DNA test results.  And, in my case, a huge change.  I’m half Swedish again!

To commemorate the return to my Scandinavian heritage, I photographed The Bowl using my 8-15 fisheye lens at 8mm.  That seemed to me to be the perfect way to photograph a round object. 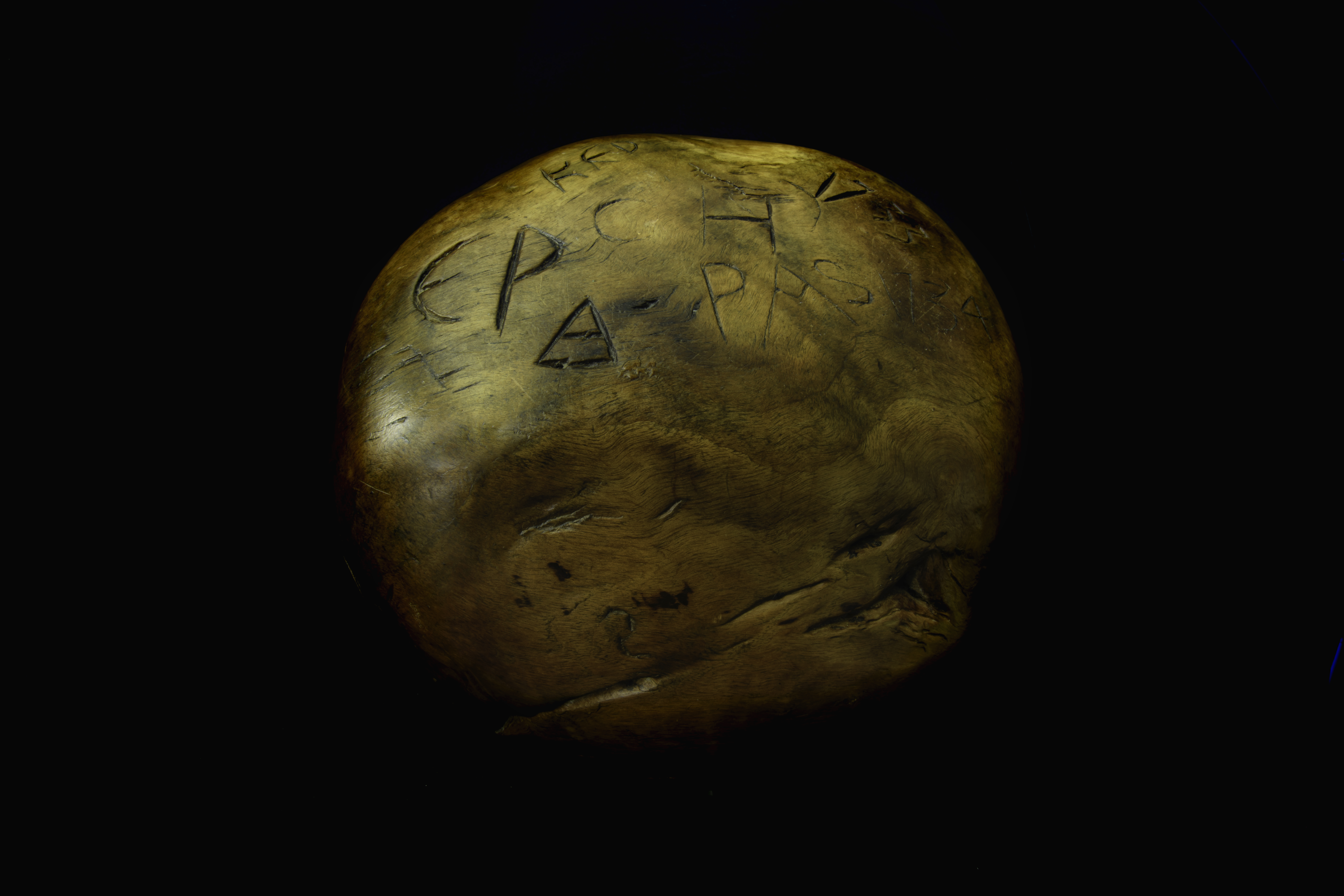