The beautiful  C45 Expeditor held lots of fascination for me.  I couldn’t resist photographing  its gleaming nose reflecting the sky and the grassy field.  It started when Moose showed me a shot he’d taken that showed the horizon cutting through the center of the nose.  Richard took the shot one step further by using the fisheye lens at 8mm, creating a circle.  It was like a bubble in a bubble.

I tried but couldn’t get the shot because I’m a few inches shorter than Moose and Richard.  Even by stretching my arms up as far as possible, I couldn’t get the same effect.  So, I got a step stool and enlisted Richard to stand behind me in case I toppled over backwards.  I got the shot I was after.  Then, after a little Photoshop magic, I disappeared from the photograph. 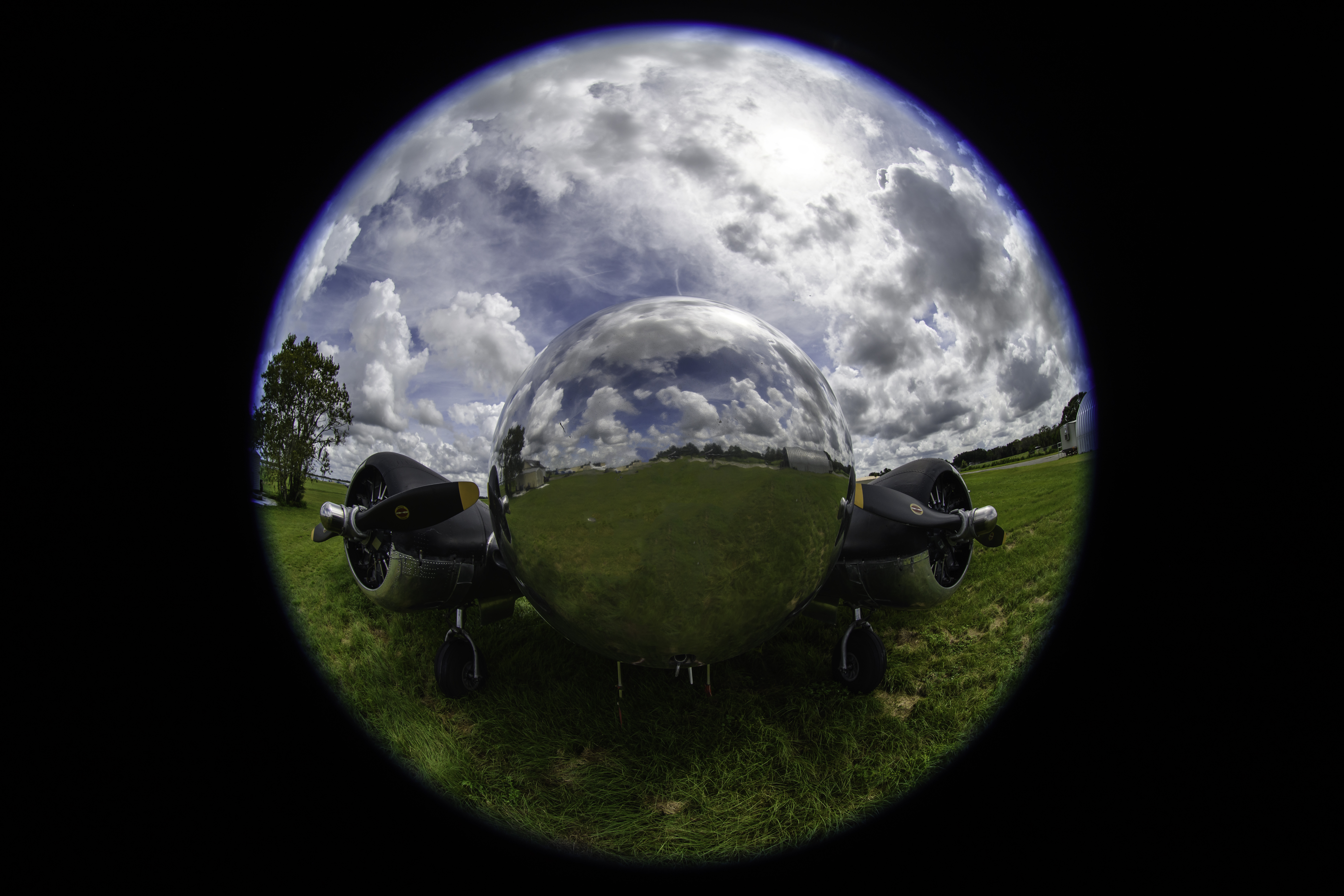 And, here is the pre-Photoshopped image.   I am stretching up as far as possible on my tippy toes atop the step ladder, Richard supporting me to keep me from falling backwards. 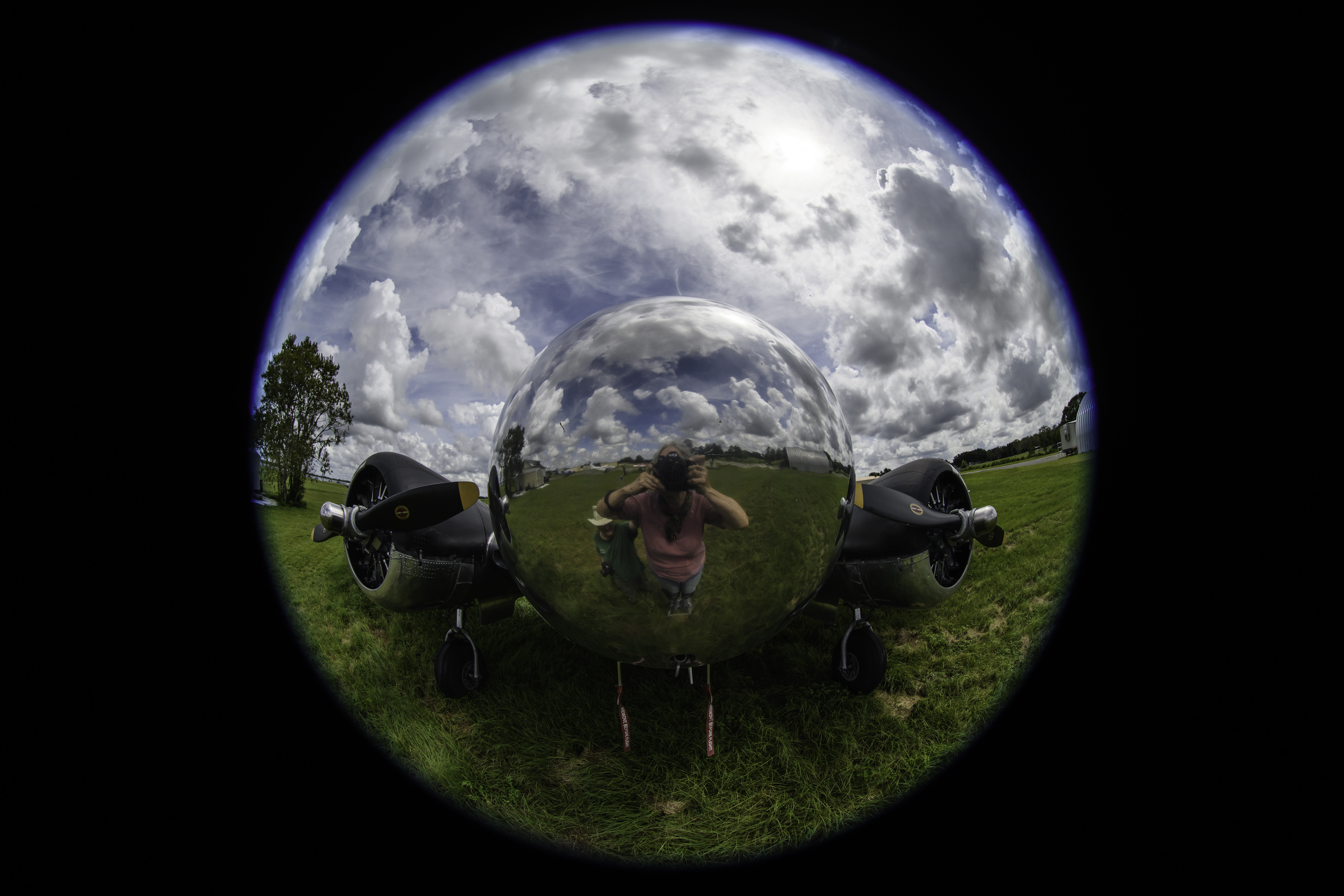