In this day and age when most people are transfixed by the screens on their smart phones, whether they’re walking or driving or sitting, and looking anywhere but up, it was surprising to look up and see an old fashioned analog advertisement wafting through the skies in Zephyrhills, FL recently.  A bright red airplane was towing a huge banner.  The banner was impossible to read until the plane finally made a sweeping turn and I could read the “YOU” but nothing else.  It wasn’t until I downloaded the images that I could read it.  Apparently “YOU” is a new television series that debuts this week on the Lifetime network.  I guess advertising banners towed by planes are effective in some areas and when there are large gatherings of people outside.  I can only assume that this airplane took off from one of the hangars at the Zephyhills Municiapal Airport where we were.  Otherwise, there didn’t seem to be much of an audience for this ad. 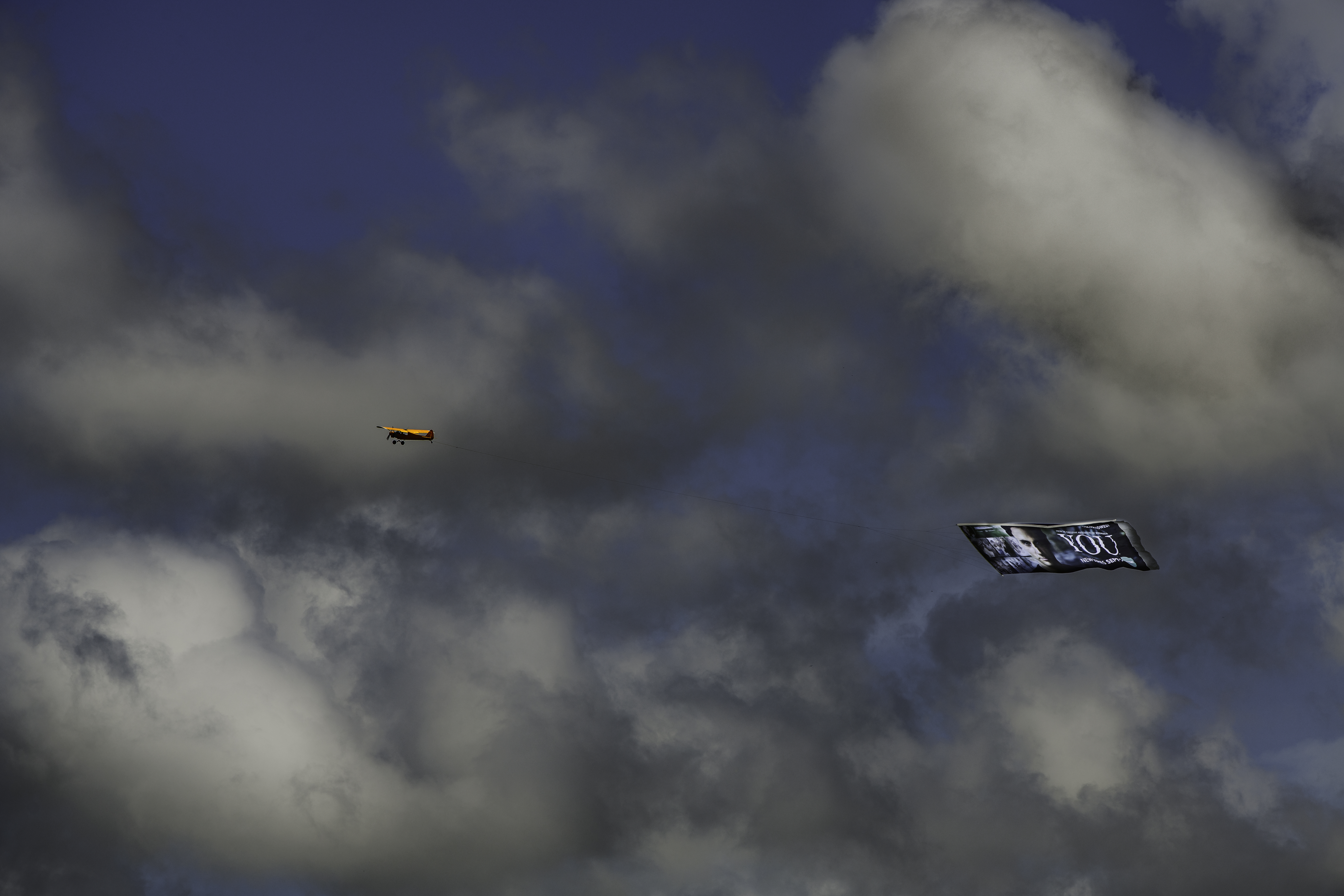