“In 1944, in the months leading up to the invasion of Nazi occupied France, the Allied planners of Operation OVERLORD realized that on the day of the invasion – D-Day – the skies over the invasion zone would be filled with aircraft: waves of Allied fighters and photo reconnaissance planes, bombers, troop-carrying gliders and their tow planes. They were expected to be met by fierce Luftwaffe opposition. The planners feared friendly fire – anti-aircraft fire from Allied naval vessels and Allied troops – against their own air flotilla, and pilots mistakenly engaging in dogfights against their own comrades in arms. The existing system for identifying friendly aircraft, Identification Friend or Foe (IFF), would in all probability be overwhelmed by the sheer number of aircraft over the beaches. To avoid fratricidal incidents, the D-Day planners called for paint and brushes, and ordered that the aircraft of the Allied Expeditionary Air Force and supporting units be painted with alternating black and white stripes on wings and fuselage – 18 inches wide on single-engine aircraft, and 24 inches wide for twin-engined craft. They were called invasion stripes.”

In this photograph, the C47 Hit or Miss from the Normandy Bound Project, in her newly painted invasion stripes is shown as she would have looked on D-Day. 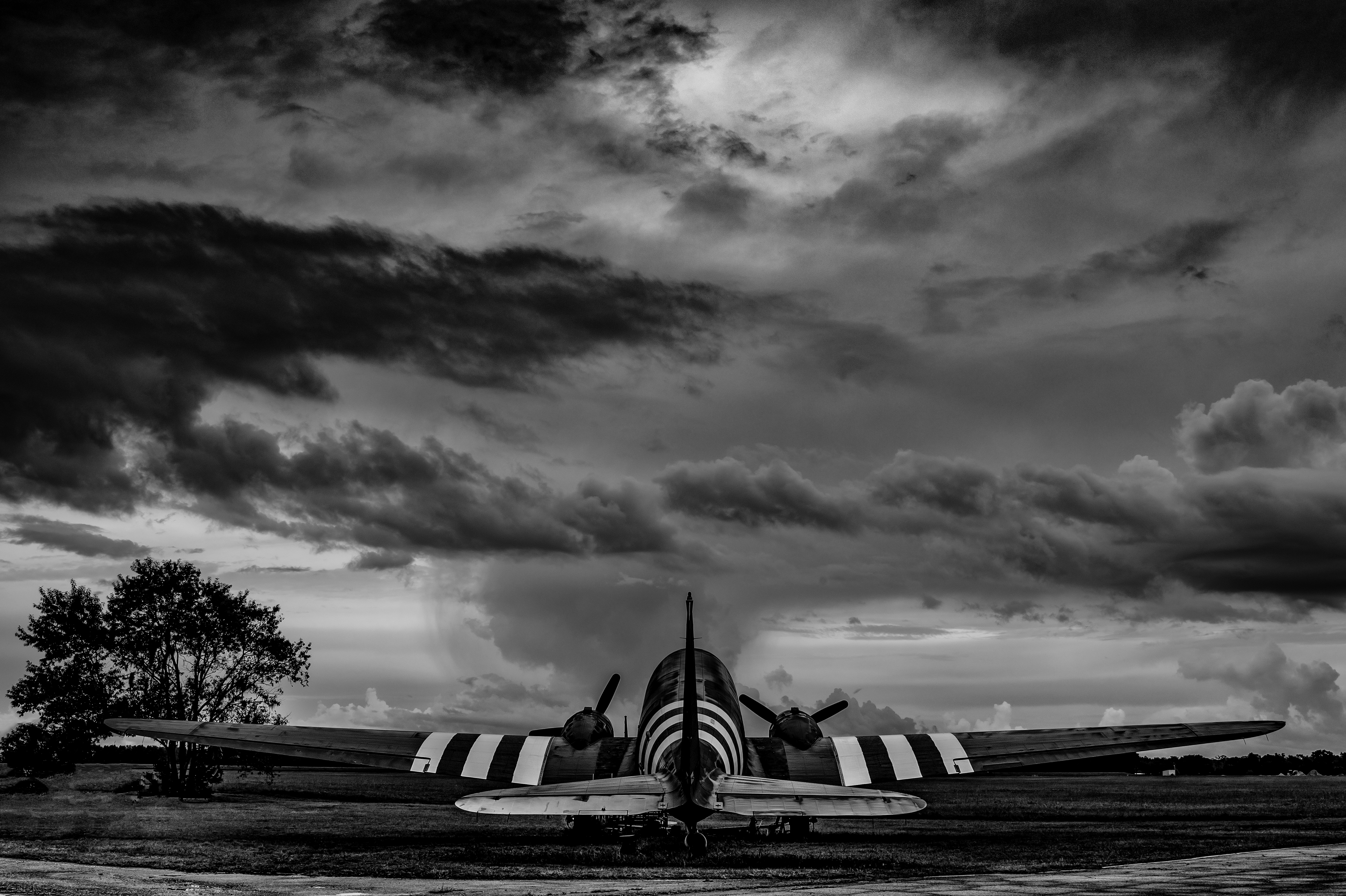 One thought on “2018—Invasion Stripes”