After waiting so long to get photographs of Homer (or Homer, Jr.) with his entire gorget aglow in glorious magenta (Click here), I got to thinking about what a black and white hummingbird photograph would look like.  After all, there must have been wildlife photographers shooting hummingbirds with black and white film before the days of color film.  I used the Kodak T-Max 100 Pro filter in Macphun’s Tonality CK to convert one of the photos I took a couple of days ago to black and white.  I was amazed to see that this B&W film is still available (at least through B&H Photo) and is described as having a very fine grain and high sharpness.  It is ASA 100 film, the equivalent of ISO 100 on a DSLR but I made the digital exposure at ISO 1600 because it was quite dark on my north facing patio late on a rainy afternoon.  I think the resulting photograph is interesting…a kind of Kodak moment, if you will. 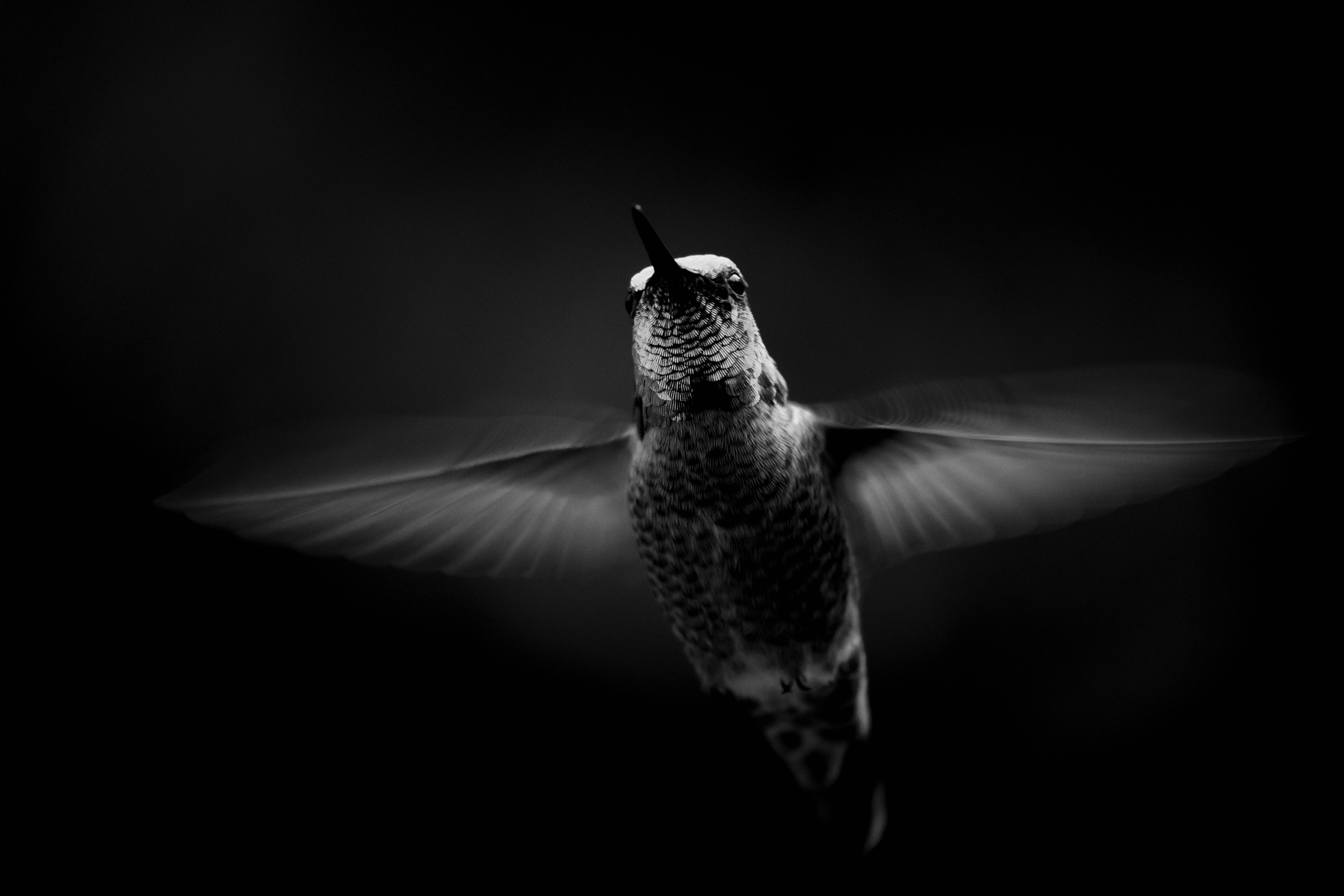