Regular readers of this blog know that I love to photograph hummingbirds and I feature them quite frequently, the past few days for example. Regular readers might also recall that last summer after my return from Madera Canyon, I added several pots of salvia near the hummingbird feeders so that I could capture the hummers feeding at a natural source instead of at a feeder.  My numerous hummingbird photographs probably all look the same to most people but I know what I’ve done to get the shots and to me, these photographs represent my progress as a bird and wildlife photographer.

At Madera Canyon,  I discovered that Nikon’s Auto Area AF is the perfect way to capture fast moving hummingbirds and maintain focus on them…some of the time.  My efforts in Madera Canyon turned out to be mostly a learning experience and I came away from that trip with very few photographs that I felt were good.  I’m looking forward to a return trip this summer and hope to redeem myself.  While the camera’s ability to lock on a subject and track it is one of the most amazing aspects of Auto Area AF, it is also one of the most frustrating aspects.  Today’s photographs illustrate  a case in point.

For years, one of my photographic goals has been to photograph a male Anna’s Hummingbird face on, wings outspread, feeding at a flower.   A photograph similar to the photograph I posted yesterday but with him actually feeding or hovering near a flower. I had quite a few opportunities on Sunday to get this shot.  Several times Homer investigated the salvia for nectar instead of flying to the feeders and I was there, camera poised, heart fluttering, helplessly viewing an out-of-focus hummingbird in the exact pose I wanted, gorget flaming pink with his natural feeding source slightly in front of him, focus locked on the flower.  My frantic attempts to adjust the focus ring so that focus moved to the bird were too slow to make a difference.  It wasn’t until a couple of seconds later when he moved an inch or two away and was in the same plane as the flower, that I could lock focus on him.  But by this time, he’d moved to a sideways position and his flaming gorget looked like dying embers.

Of course there are ways to achieve what I am trying to achieve but that will take  lots more practice.  In Madera Canyon, we started by using manual focus instead of auto focus but that approach turned out to be a disaster for me.  I think, however, it is something I might need to practice and perfect so that I can avoid the frustrations of autofocus when I want something that autofocus can’t readily deliver. 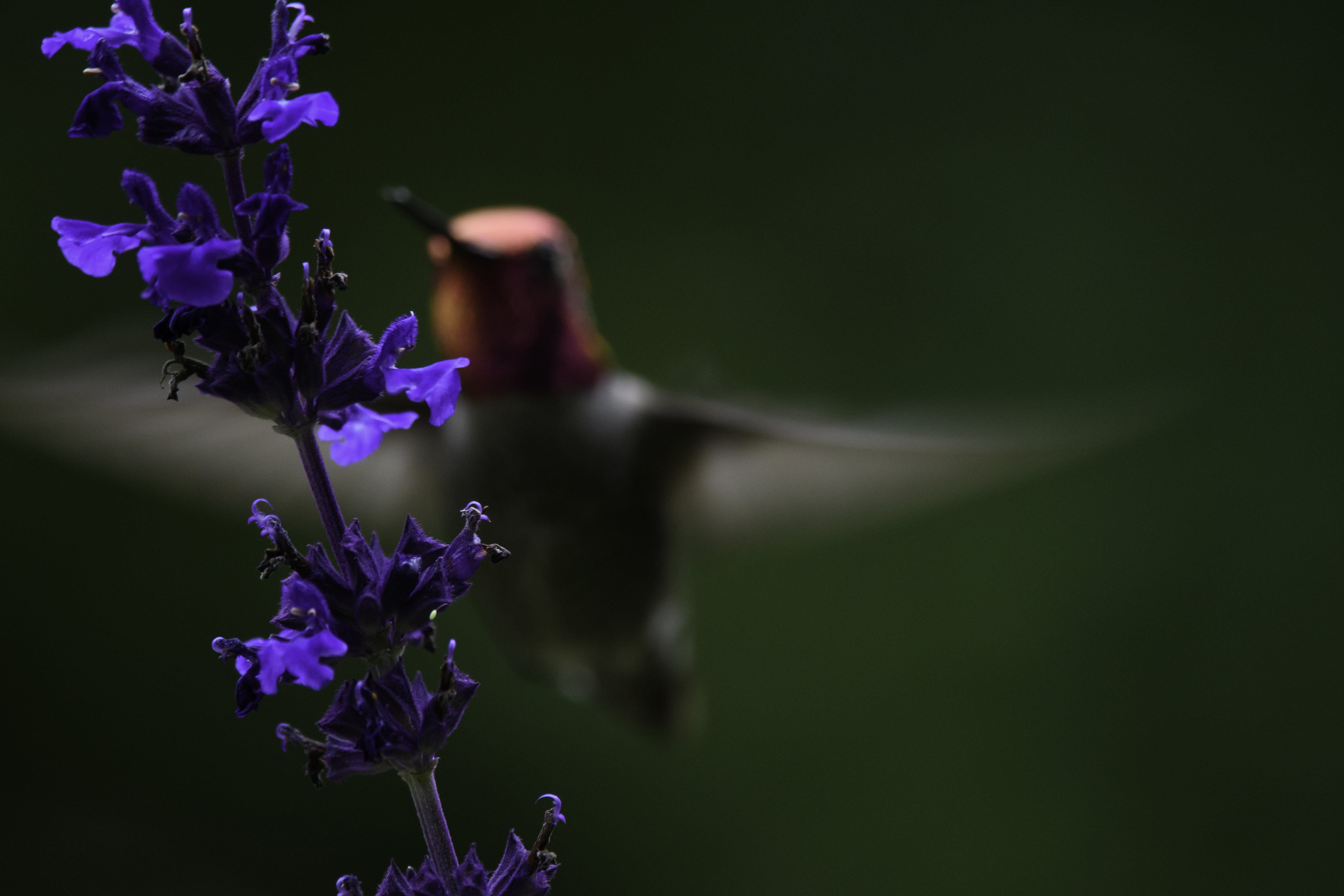 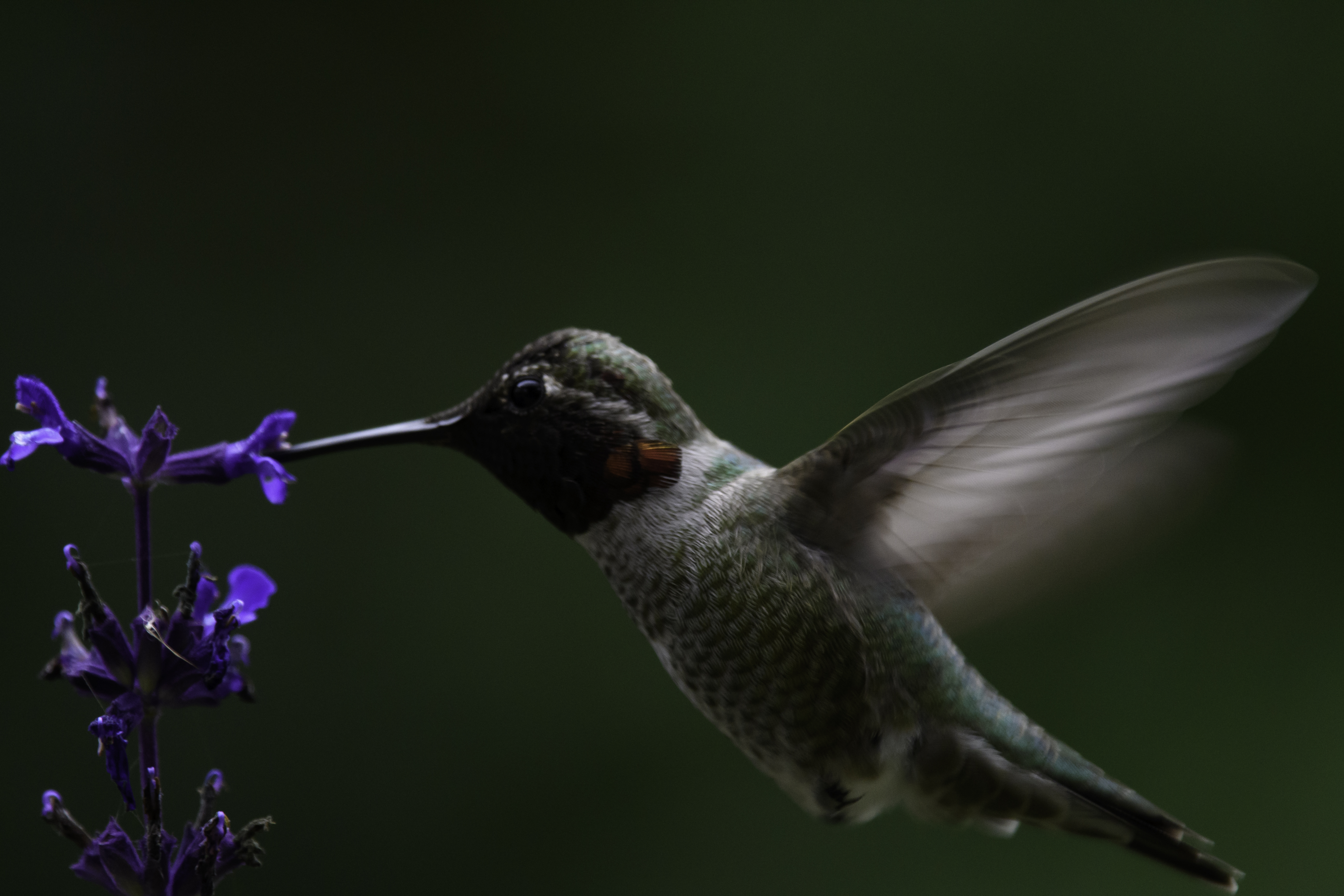