Last night at my camera club meeting, I was criticized for the placement of the subject in one of the photographs I submitted for the night’s critique.  The photograph (click here) is of a Sandhill Crane very near to and flying toward the edge of the frame not into the frame.  This is a photo club composition no-no.  In fact, when I first saw the photograph, although  I loved it, when I looked again I thought, “it’s too close to the edge of the frame” meaning, there’s no room for the bird to fly.   I discussed my concerns with Moose and told him that I was showing him the photograph because I loved it but I also knew the bird was in the wrong place in the frame.  He assured me that it wasn’t in the wrong place and that it was really OK to break the rules of composition.  Sometimes that can create a powerful statement which is what I felt in this case.  The bird’s eye is focused on something out of the frame and it is heading toward it.  The placement creates tension and urgency and that contributes to the story.  It’s not just a Sandhill Crane flying…it’s a Sandhill Crane flying someplace.  A couple of club members asked me why I chose to place the bird where I did (I actually didn’t choose it; I was panning and just trying my best to keep the bird in the frame but I liked the result).  One member even offered to move the bird to a better place in the frame using Photoshop.  While I appreciated the generous offer, I told him I knew how to do that but I liked the tension in the photograph.  I don’t think I convinced him.  It was a bit ironic, I thought, because the evening’s judge started out by talking about breaking the rules of composition.  Apparently though, sometimes it isn’t acceptable to break the rules.

Here are two other shots from the sequence.  They are still not ideally placed according to the club, but they are not as close to the edge as the original.  However, the original shot is still my preferred shot because of the bird’s expression and the wing placement. 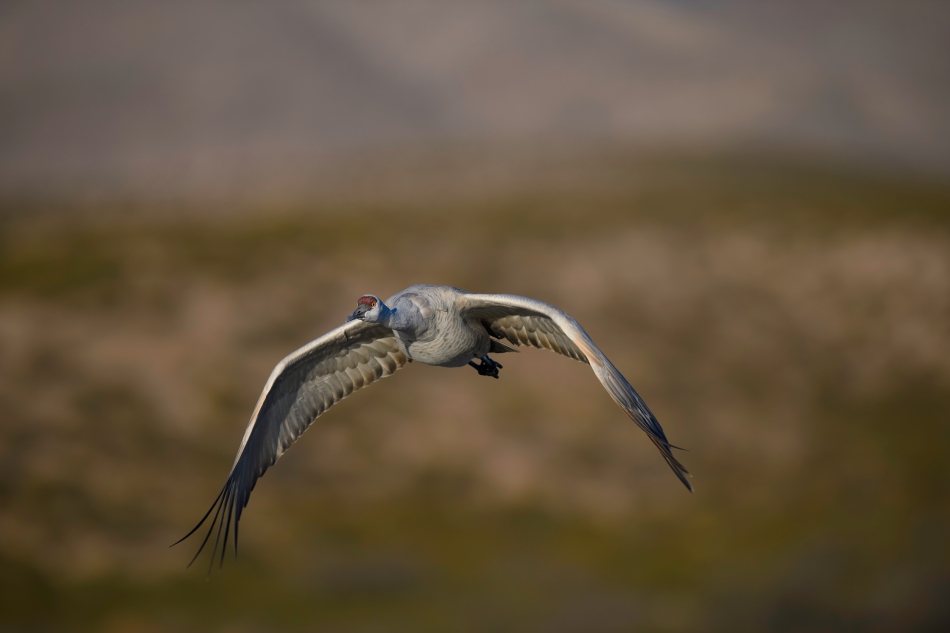