Yesterday’s photograph from the Oregon Coast (well techinically it was the California Coast—but it was my Oregon Coast Trip) was in black and white for two reasons:  first, there was almost no color in the original photograph because of the misty, dark, and gloomy skies; and second, I wanted to eliminate what little color there was in the photograph because I wanted the photograph to look stormy and dark, with the wave crashing violently onto the single rock.  Today’s photograph, on the other hand, features color.  It was one of the last photographs I took on the Oregon trip, at Bandon Beach as the sun dipped beneath the horizon.  We stopped shooting a minute or two after I took this shot.    The tide was coming in and the orangey gold hues of the sunset reflect on the tide waters rising toward us. 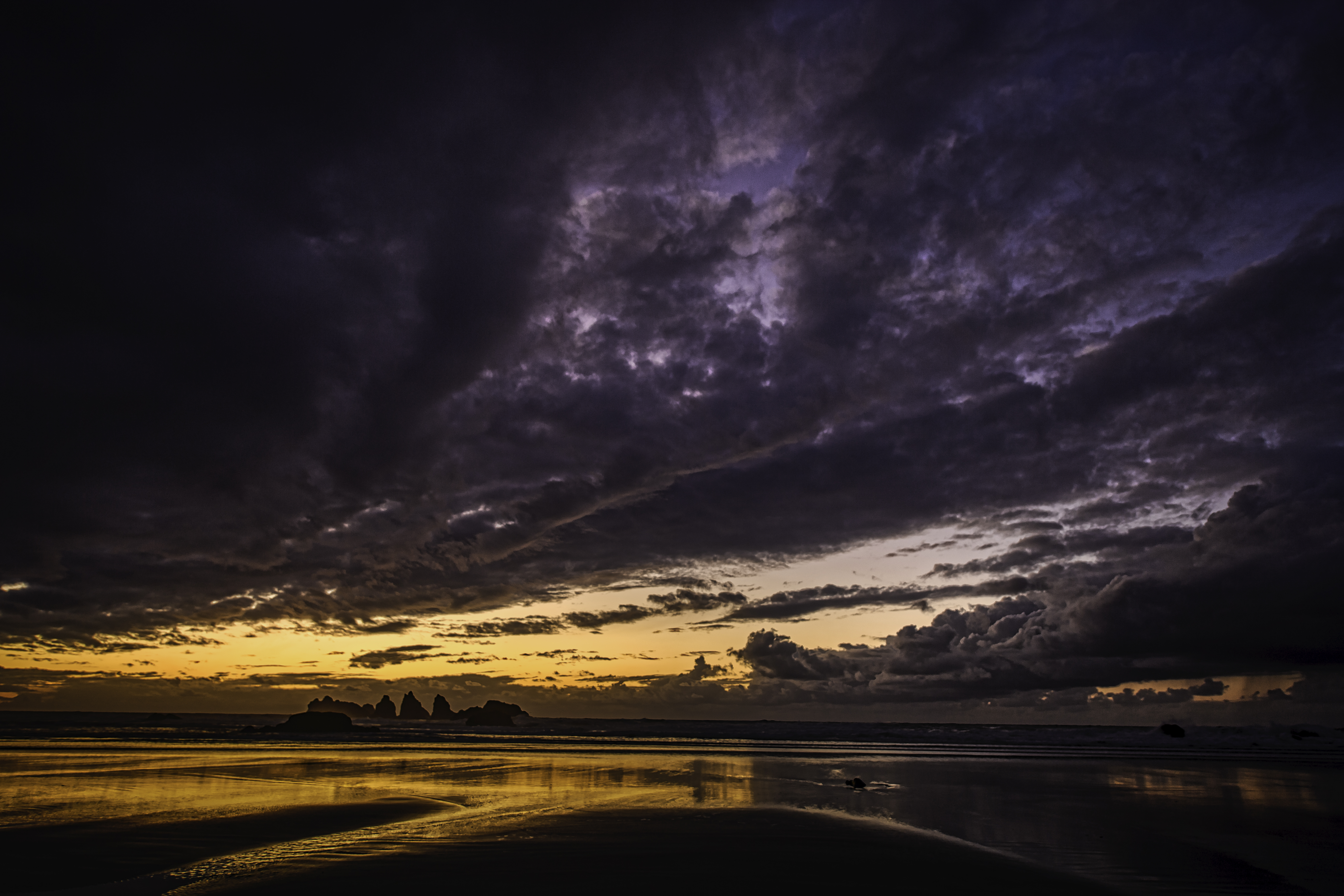 One thought on “2018—Reflecting On Storms”