Tens of thousands of Snow Geese lift to the skies over and over throughout every day in Bosque del Apache.  Sometimes their flight is triggered by a predator.   We occasionally saw a single Snow Goose paddling in the water after all its flock mates exited, an indication that the bird was not well and would likely soon fall prey to one of the many predators in area, including coyotes, Northern Harriers, and Bald Eagles  I’m not sure if it was this Northern Harrier, seen wings outstretched in the lower left quadrant of the photograph, or a bald eagle we saw a few times in the area that caused this particular exodus but the Harrier was feasting on a Snow Goose. 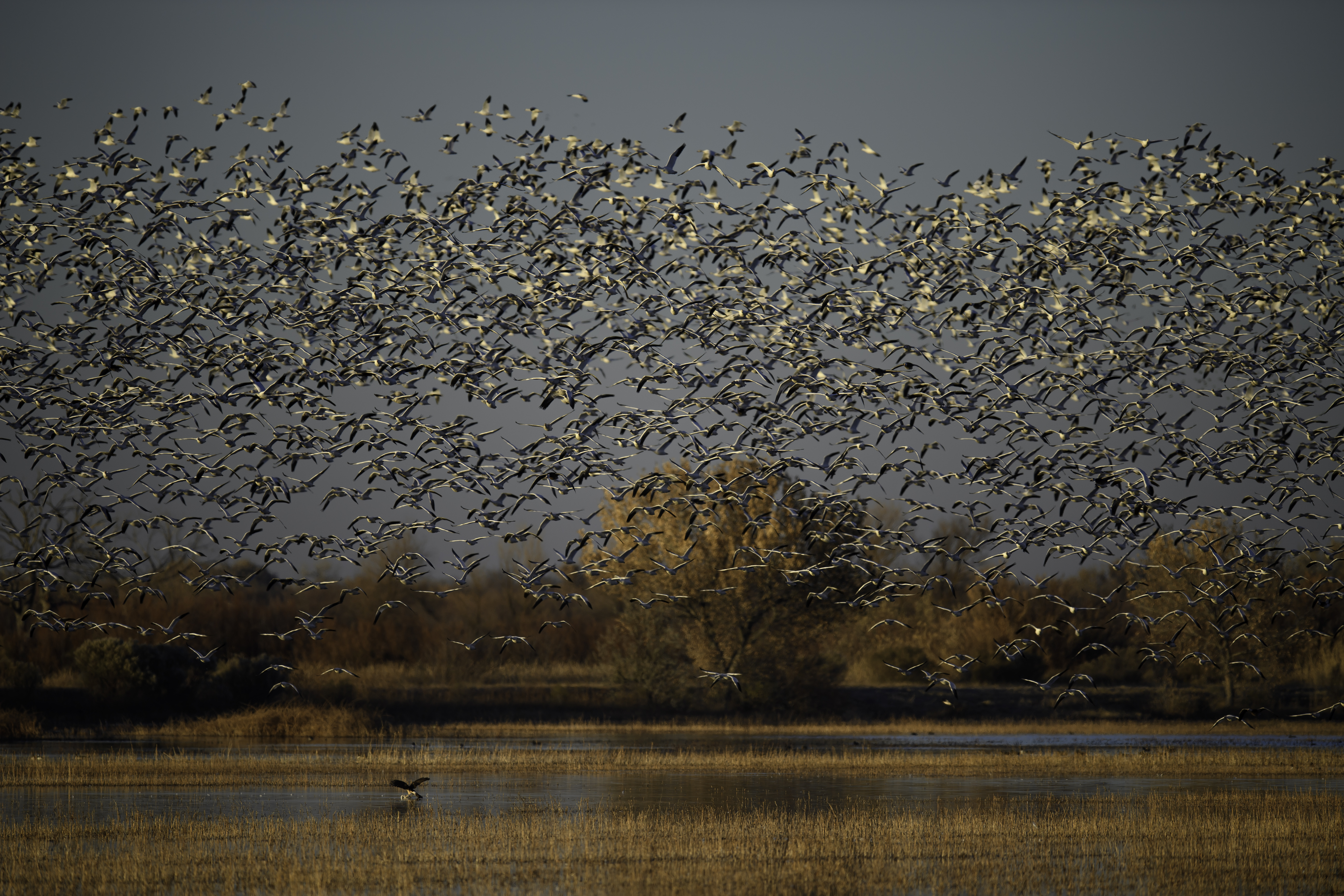 One thought on “2018—Survival Of The Fittest”