… and everything in its place.  I have slovenly tendencies and things pile up around here quickly. If I didn’t get electronic bills I’m certain I would have long ago drowned in a sea of paper pulp.   But my camera gear gets better treatment than my everyday piles of newspapers, magazines, and endless papers.  I have tried different approaches to storage of my cameras, lenses, tripods, and related gear but until now, nothing was conveniently in one place.  I had some lenses and cameras in a couple of drawers, tripods and heads leaned in a closet,  other related gear upstairs, downstairs,  and in drawers and closets.  It was maddening to find a filter or a remote when I needed it quickly.  That all changed when I found the perfect tall chest at Crate & Barrel.  It was delivered the other day and I was ready for it with pick and pull foam to line the drawers to keep things from moving.  The chest fits three tripods in the bottom drawer, ten lenses, three cameras, 3 teleconverters  in the three middle drawers; chargers and batteries fit in one of the top drawers and the cupboard holds flashes and everything else on two shelves with a couple of organizers inside.  I still have one large drawer almost empty and one of the top drawers is completely empty.  The only thing that doesn’t fit inside is my 600mm lens which would actually fit in one of the large drawers if I took the lens hood off, which  I don’t want to do. For now, Big Bertha remains in her safe hiding place.  So now, I can finally say about my camera gear, I have a place for everything and everything is in its place!

Here’s my new tall chest; it sets in my living room.  I haven’t yet framed the Milky Way shot perched on top, but when I do frame it, it will hang beneath the moon photograph. 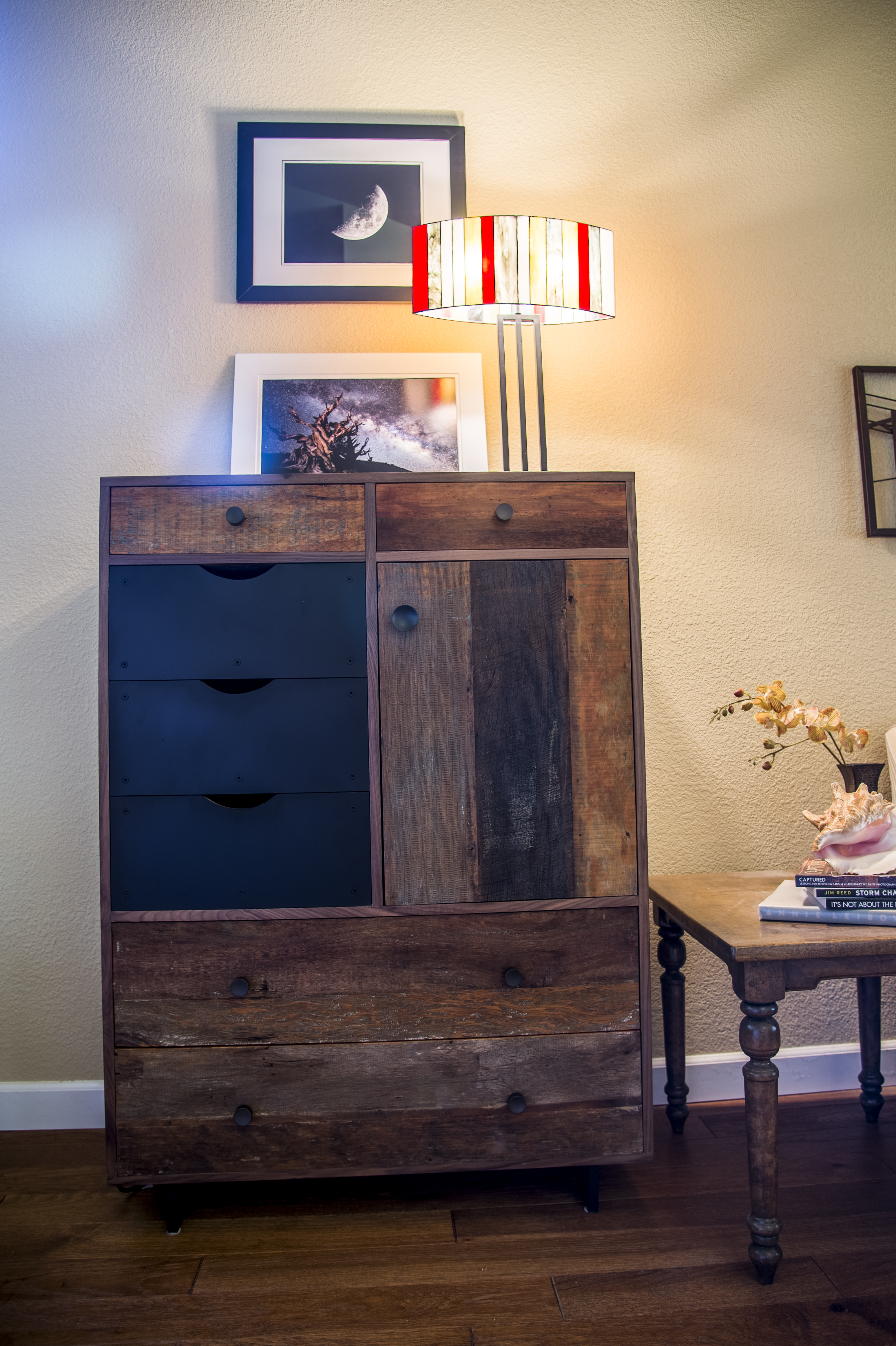 The other new photographic organizer that just arrived is my new MP-1 V.2, a Moose Peterson designed backpack that will hold my 600mm lens with the D5 attached along with another camera, several lenses, speed lights and everything I need for one of my many upcoming photographic safaris.  Whenever I go on a photography trip, I agonize over what to carry my gear in, fearing that it might not fit in the airplane’s overhead compartment.  This is not a problem in large jets but regional airplanes have very limited space and most carryons won’t fit in them so they must be tagged and gate-checked, something I won’t do with my expensive camera gear.  In fact, on two occasions earlier this year I was ready to leave the airplane when the flight attendant insisted on gate checking my gear but in both cases, a sympathetic pilot intervened and allowed me access to the crew’s closet.  The beauty of the MP-1, which has been out of production for several years and was not available until Moose recently redesigned it, is that it will fit into any airplane overhead.   I was at Moose’s house last December for some one-on-one instruction for using my 600mm lens the same day the final version of the MP-1 arrived at his house.  I have been on several trips with Moose since then and I have watched him even fit the case into a bus overhead compartment.  I’ve wanted one for years and now, I have my own.  No more worries or near melt-downs when I board an airplane with my gear.  I took this shot to send to Moose to let him know 1) that my MP-1 arrived and 2) that I’m practicing with my big lens. 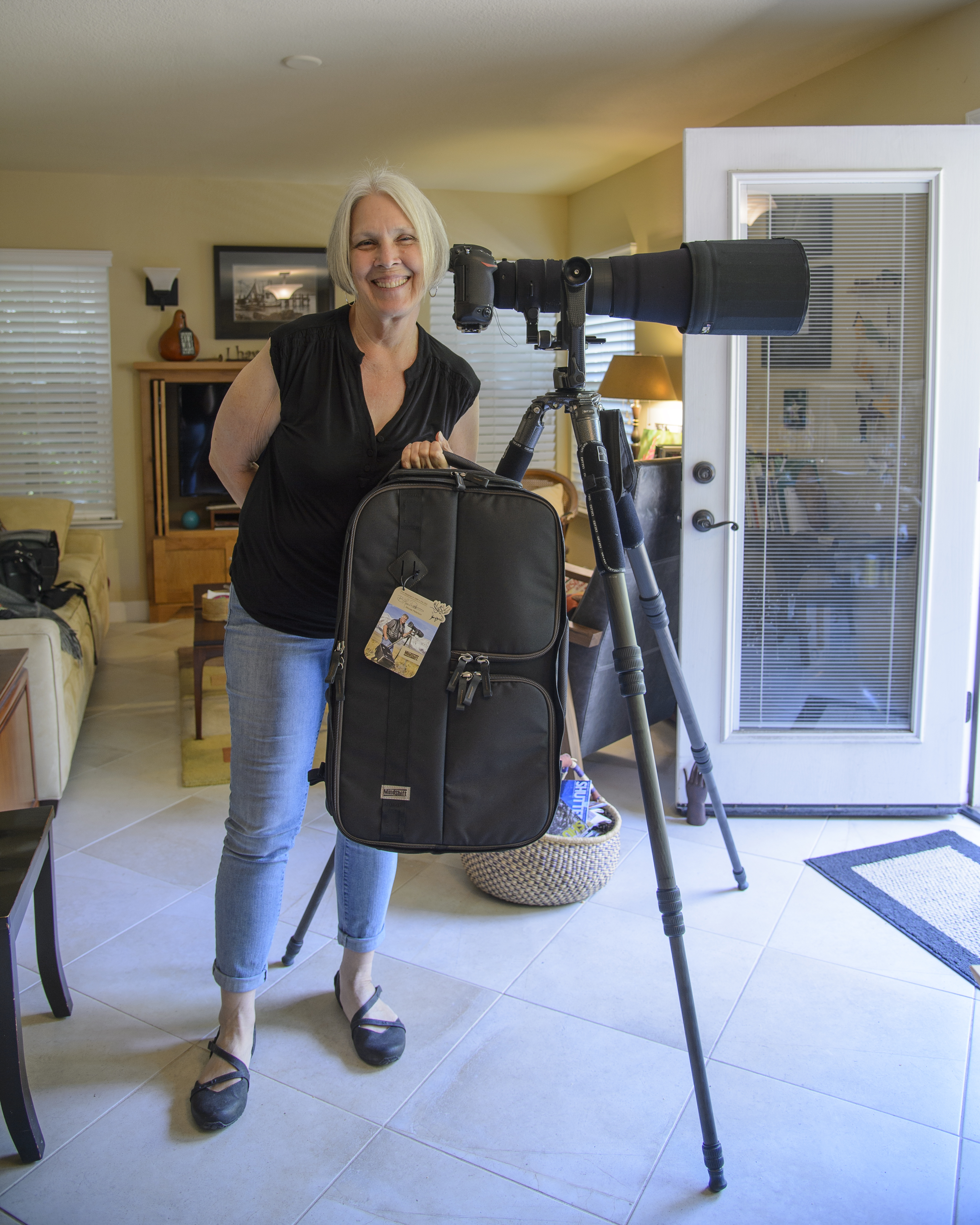