This year, we had a new adventure that we didn’t experience last year when we visited Costa Rica.  We walked into and through parts of Corcovado National Park which covers a vast area of rain forest near Luna Lodge where we stayed. As we walked through the dense rain forest in the heavy, humid air we could hear the Pacific Ocean’s waves breaking on the shore but we couldn’t see the water through the dense growth.  The hike we took was an abbreviated version of what two women we met at the lodge had taken earlier in the week. They referred to their hike as the Bataan Death March.  That should have given me a clue about what we were getting into.  Their hike was a total of 17 miles and took two days; ours was a day trip of a “mere” 9 miles but I barely made it out alive.

The heat and humidity took its toll.  I thought I was in good shape because I walk regularly at a four mile an hour pace, but not under such hot and humid conditions. While I managed to walk to the halfway point fairly easily, the return trek, even after more than an hour of rest,  felt like a death march of sorts of me.  I struggled, feeling sluggish and exhausted, and stopped every few minutes to drink water and pour it over my head.  I finally relinquished all of my camera gear to my fellow hikers so I had less of a burden to carry.   I got really concerned when the fingers on both hands began to tingle and I was forced to stop often to rest.  Once, my dear companions even fanned me with banana leaves plucked from the rain forest.  If I hadn’t felt so terrible, I would have taken a photo to commemorate what must have looked ridiculous.  We finally emerged from the rain forest and while we waited for our ride back to the lodge, a local vendor whacked the tops off coconuts, stuck in straws, and gave us what to me was a life saving elixir.  Nothing has ever tasted so good to me as that fresh, cool, coconut milk.  I recovered quickly and by dinner time, I was back to normal.

Despite my ordeal, I managed to capture a few memorable photographs that day.  One of the highlights happened early that morning just a couple of miles into the park, before I succumbed to heat exhaustion or whatever got me.  Gary pointed out a rare and unusual bird, the Great Curassow, hunting in the undergrowth.  This turkey sized bird is relatively uncommon so seeing one on our walk was a real treat.  Many of the creatures we saw and photographed that day were obscured by the dense undergrowth making decent photographs difficult.  But, this large male curassow was  visible with only a few leaves and branches between our lenses and it. 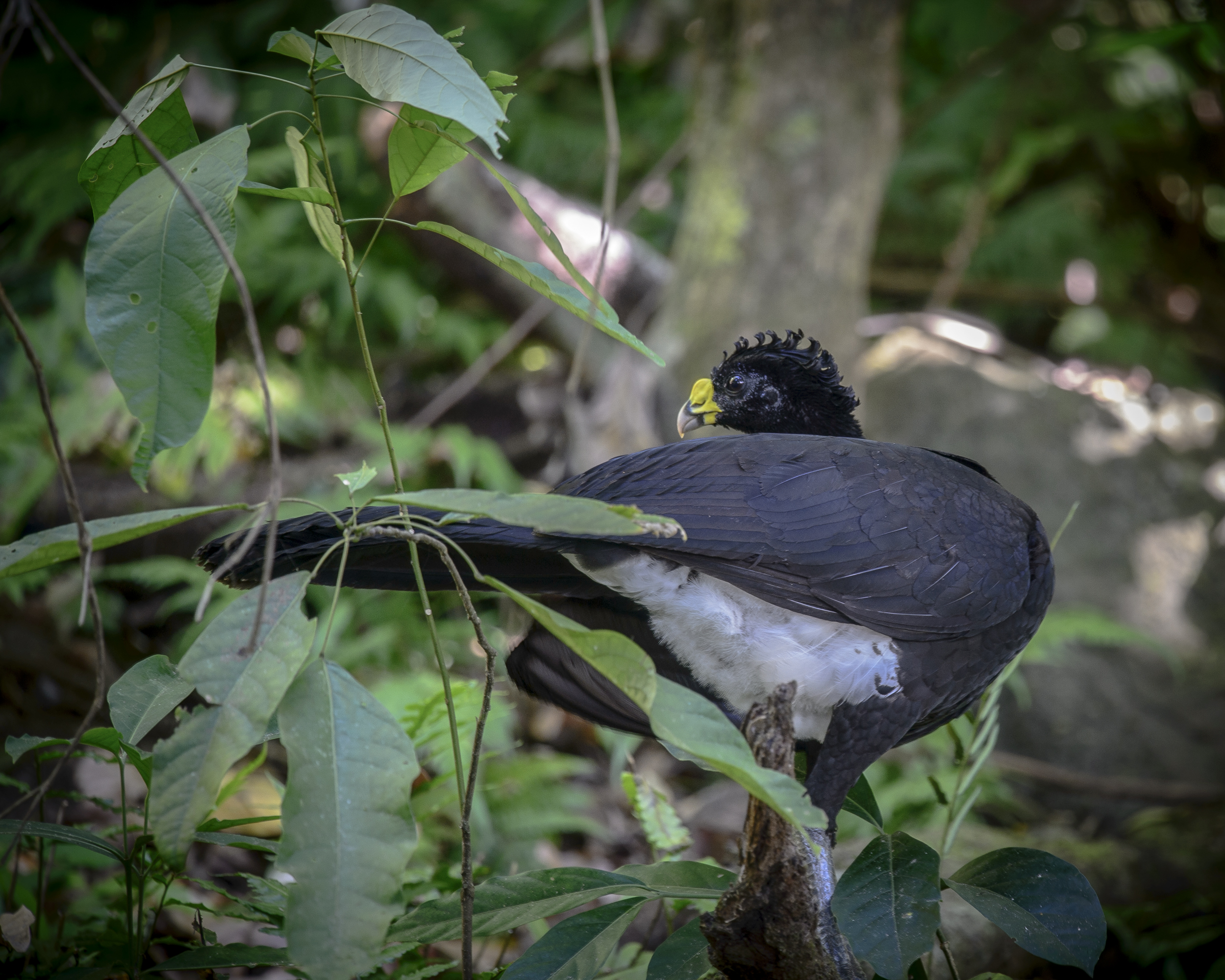 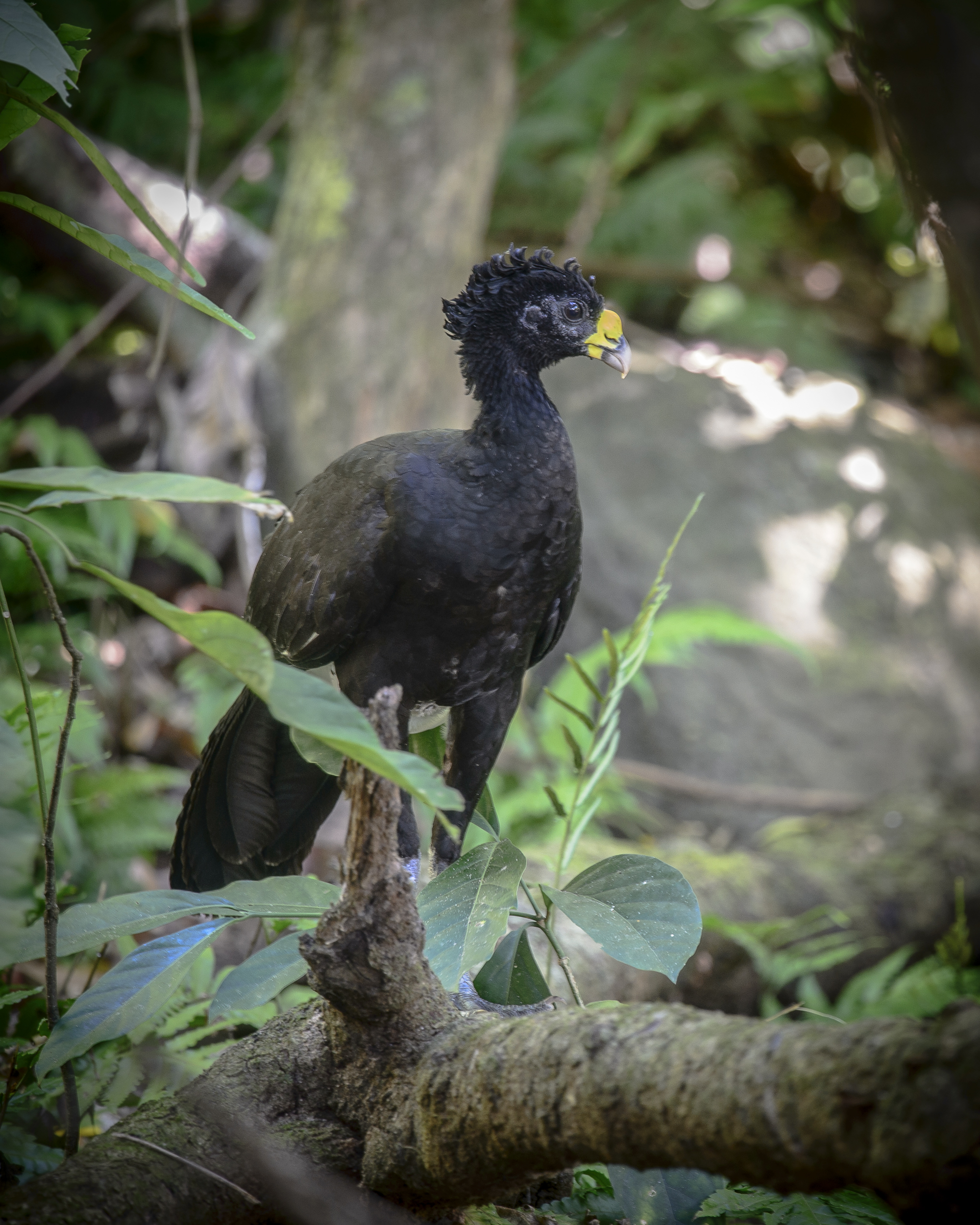 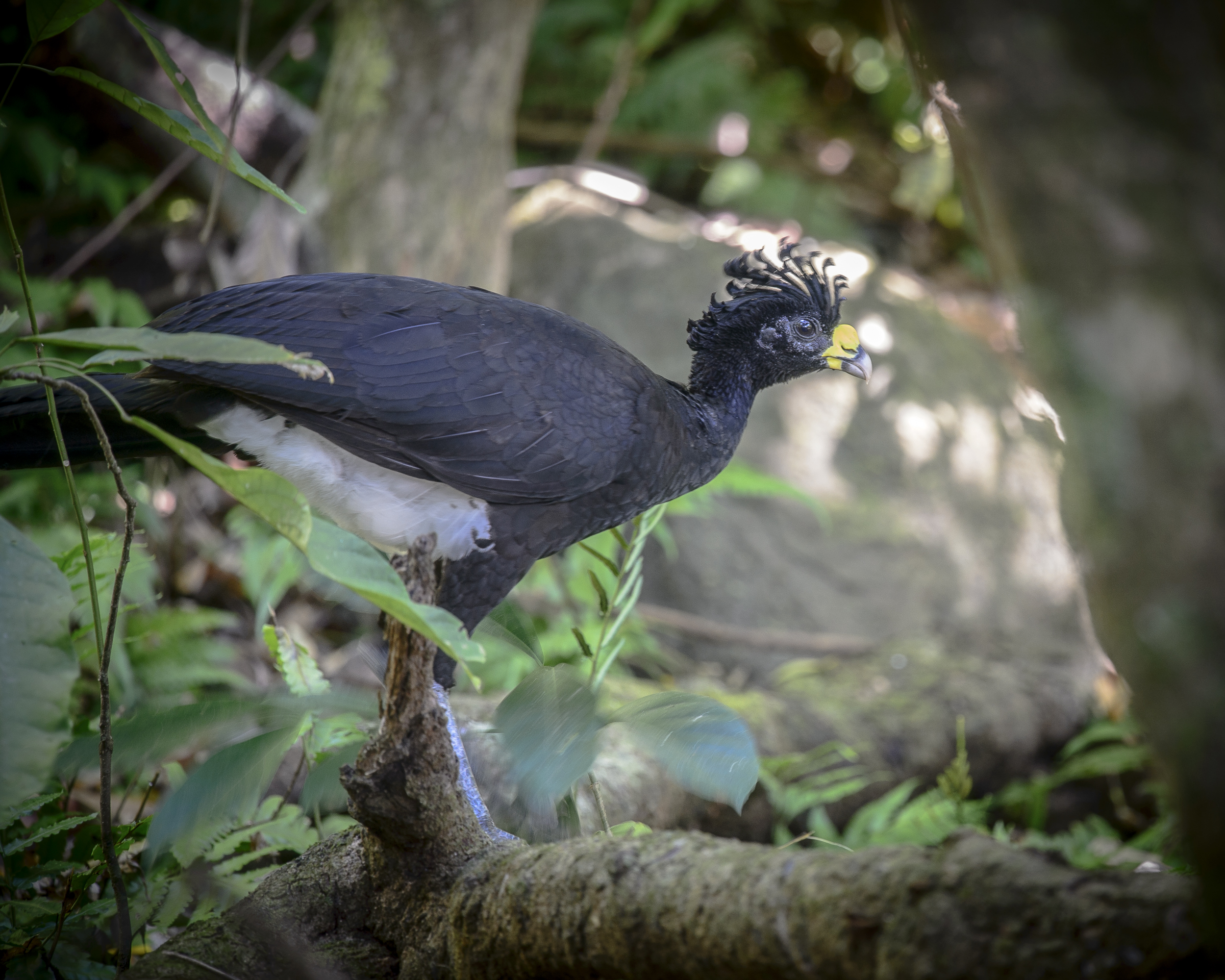