Wednesday morning Melinda from Action Camera called to tell me my new Nikon D5 XQD had arrived.  I couldn’t rush right over because I had just returned home following a session with my trainer and I needed to jump in the shower first.  It was probably one of the quickest showers I’ve ever taken!  Within the hour I was on the road.  As I write, I have only just unboxed the camera, I’ve done nothing else.  Battery is charging.   I had thought of doing the kind of “unboxing” that seems to have become so popular with photography enthusiasts when they receive new equipment. I had just watched a hilarious “unboxing” video purported to be a D5 unboxing with everything but the D5 coming out of the box …even a kitchen sink, I think. I decided that was just too much work.  So I took a couple selfies using the Df, a miniature camera by comparison, on a tripod.  I am one happy camper! And on Thursday, I’m going with my friend Bruce from my Camera Club up to an area called Bear Valley near Williams for wildflower and, I hope, some wildlife photography so I’ll get a chance to try it out in the field.

Here’s as much of the “unboxing” as I could muster. And now that the battery is fully charged, I decided to record the sound of the shutter.  It is one fast shutter, but I’m not sure how it compares with Canon’s EOS 7D Mark II, which I had the pleasure of using last year when I visited my friend Connie in Texas.  It got me my first in focus photographs of roseate spoonbills in flight.  But I’m sure my friends Connie and Richard, who also has one, will let me know how the Nikon D5 compares.   I set the the shutter speed to 1/8000.  That was 132 shots taken in 11 seconds.  Now I wonder how many photographs I’ll be taking on any given outing? 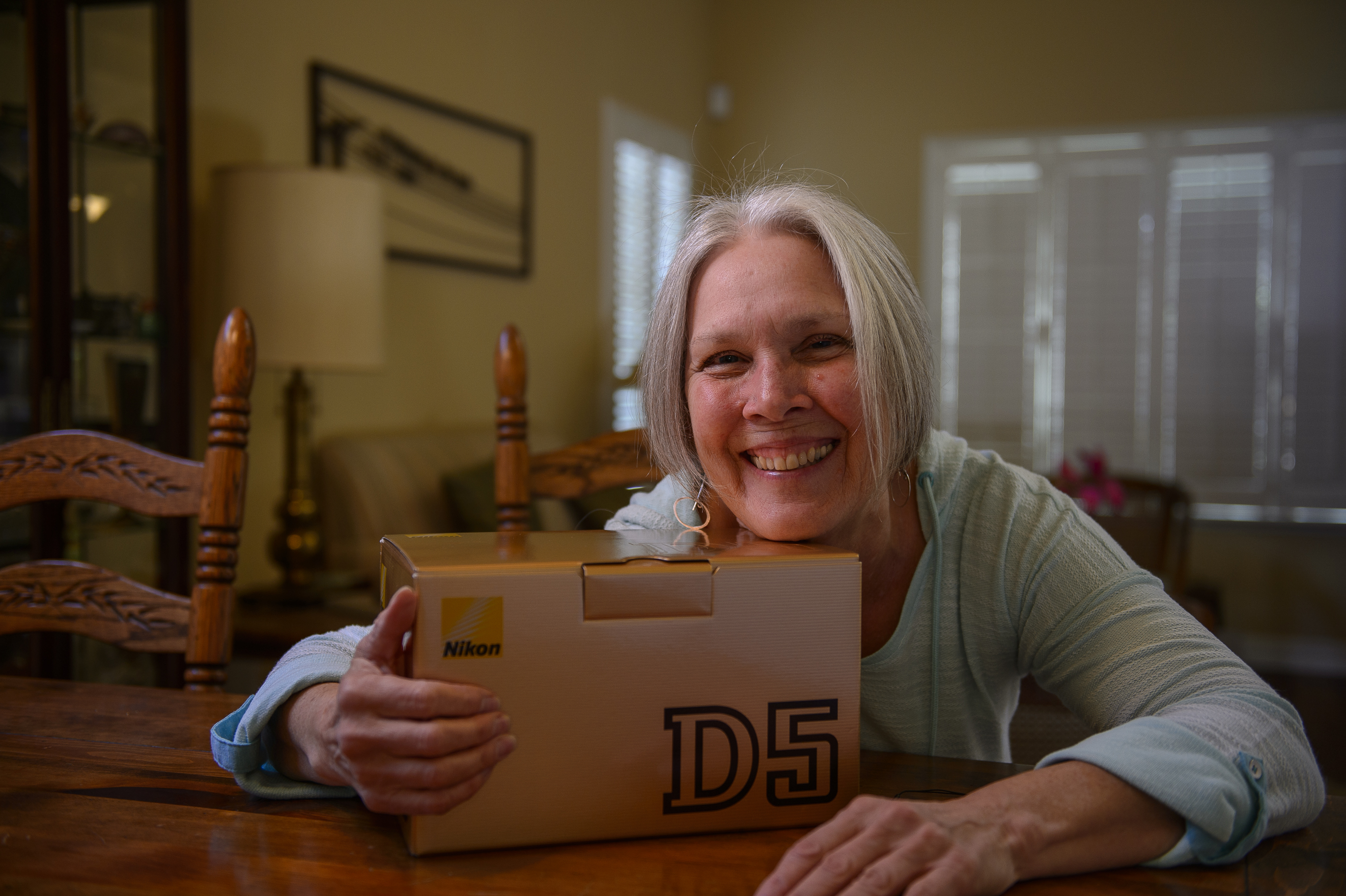 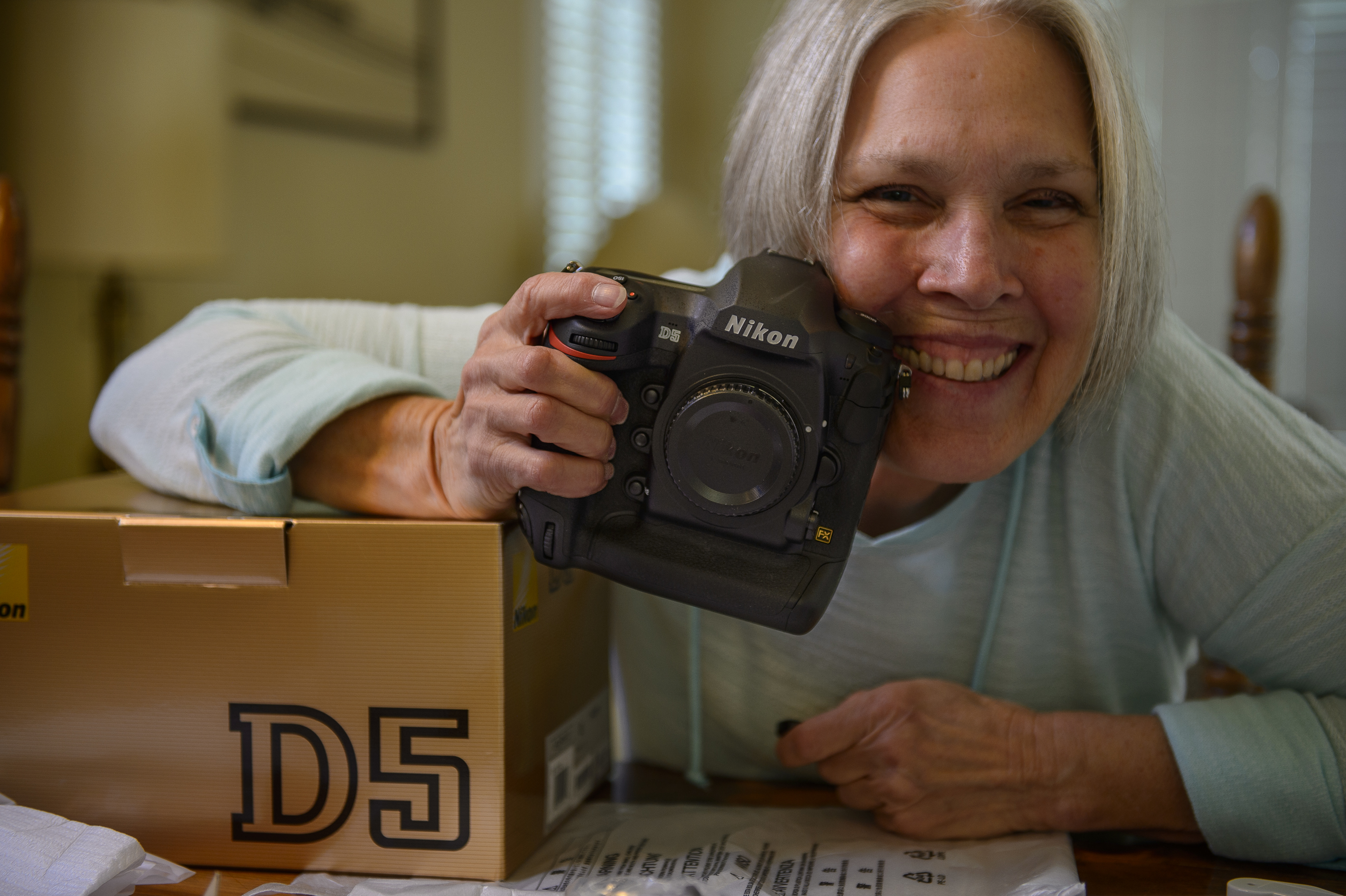 This is some sort of tiny, sleepy-looking tree frog that I photographed on our night walk in Costa Rica.  Everything in the photo is diagonal, the frog, the branches, even the frog’s eyeball.  This little guy was only about an inch long. 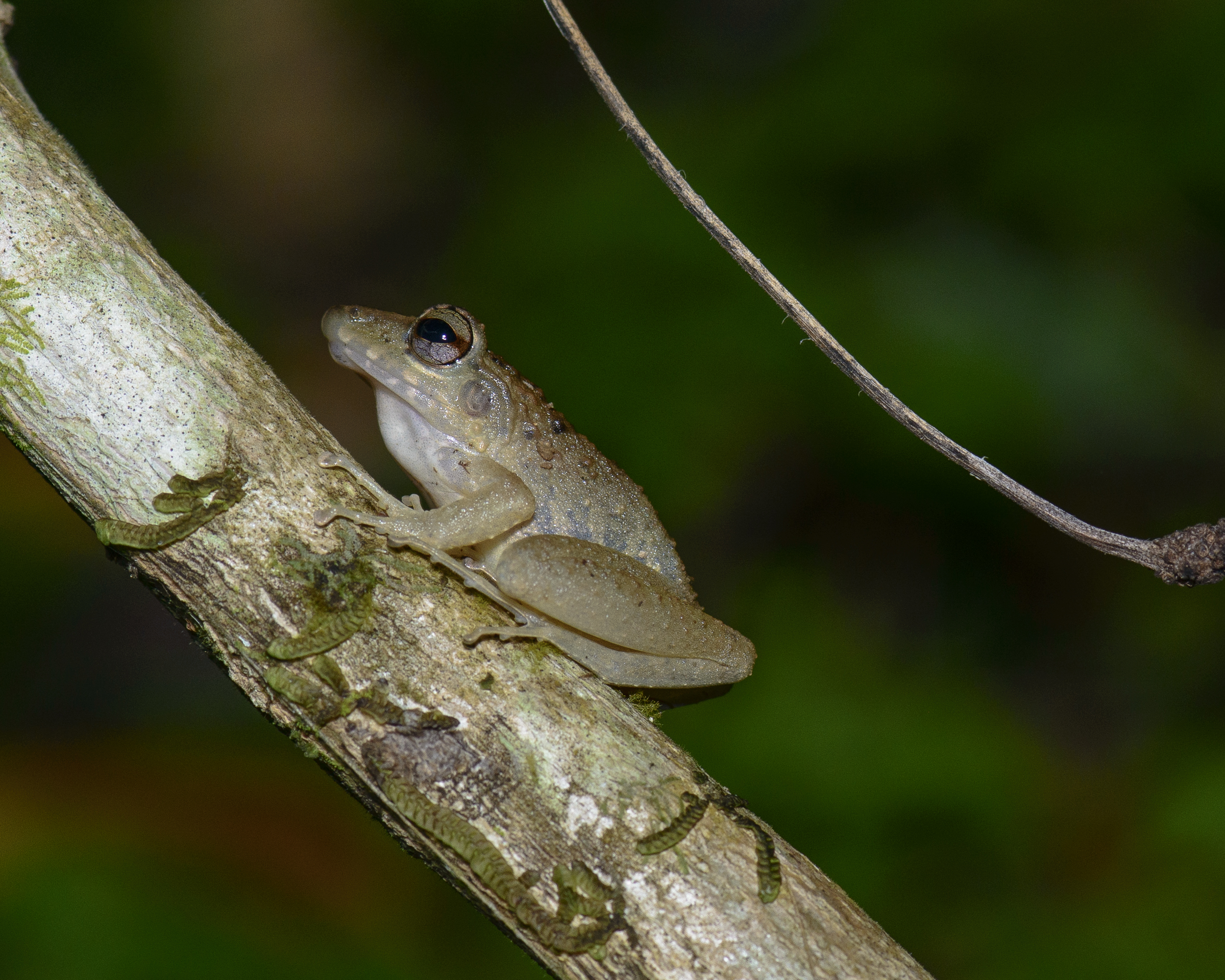 A couple of images from Haines, Alaska. 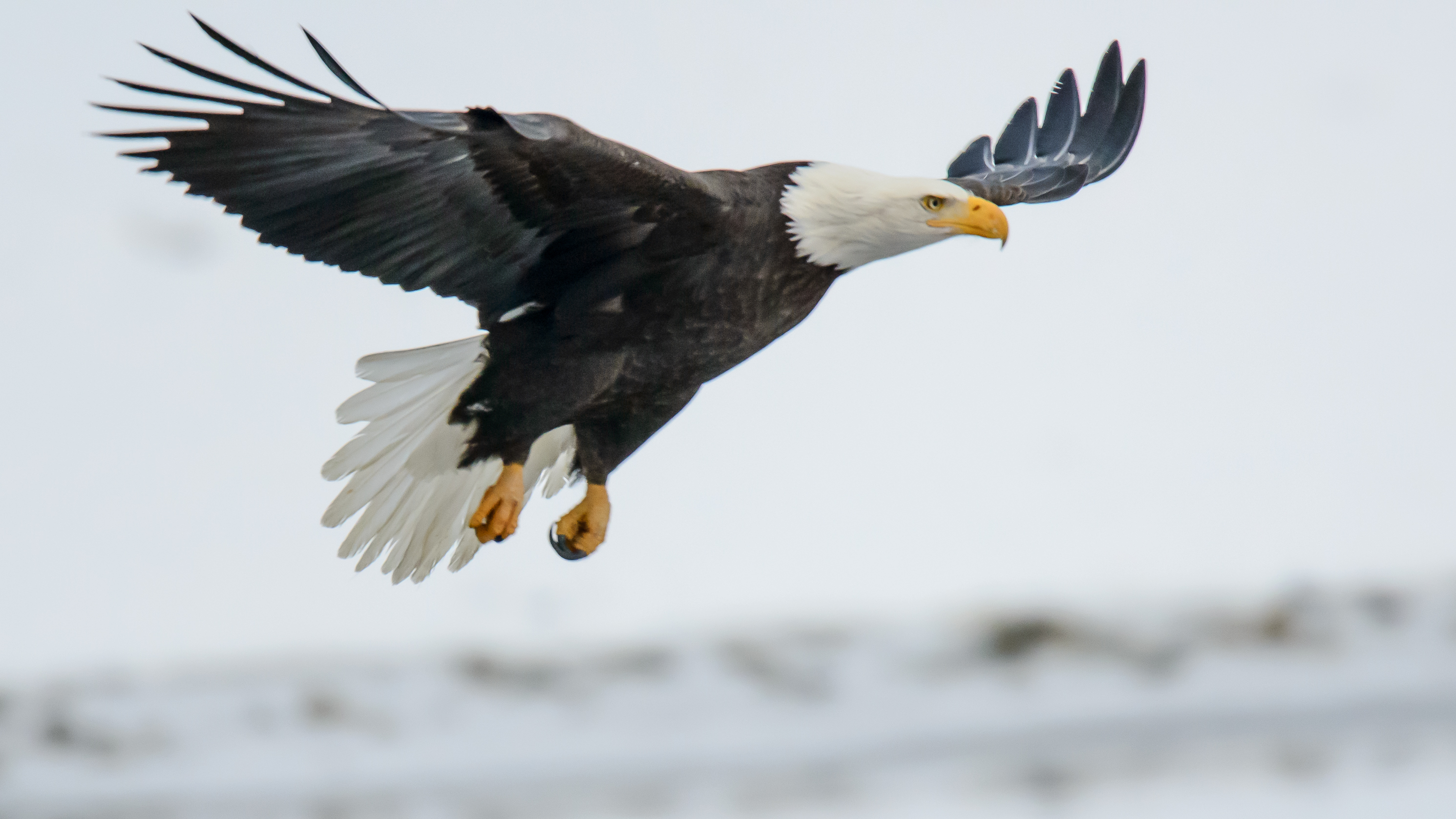 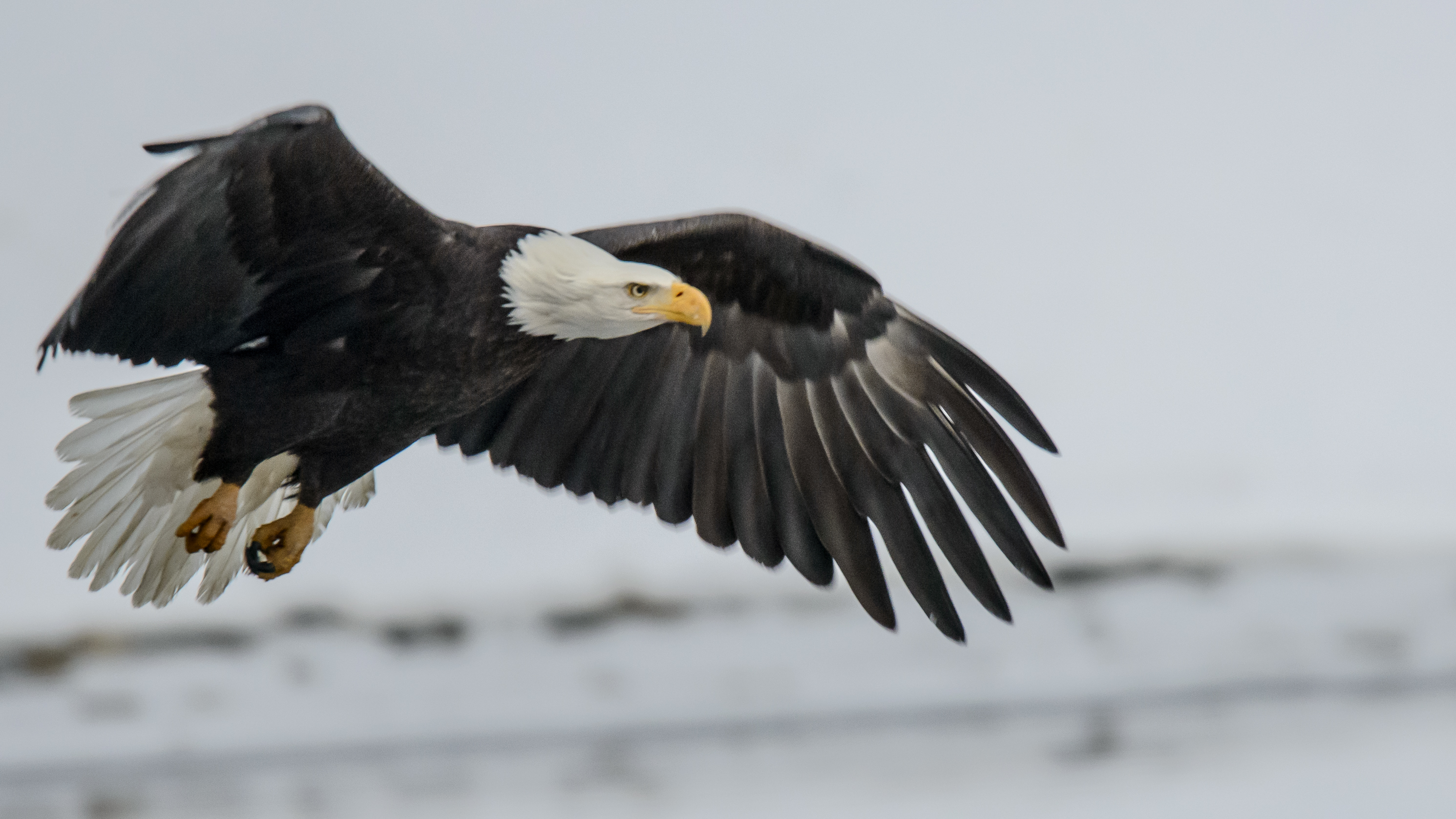 I thought these red Japanese maple leaves were quite lovely, bathed in the last rays of the sun just before  it dipped below the horizon. 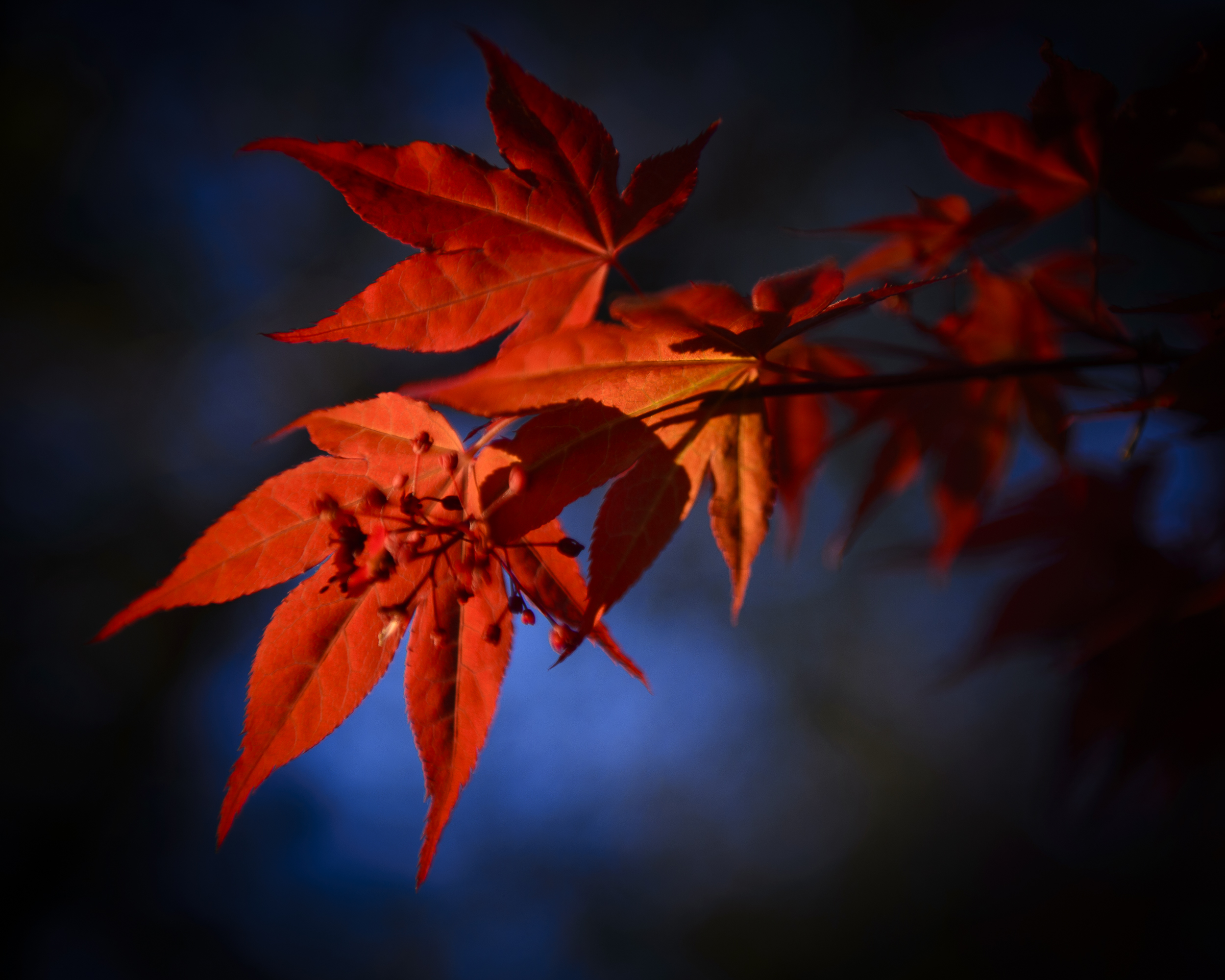 Since  Spring 1992 when the roses I planted along my driveway first started to bloom, I have declared a winner of the “first to bloom” rose competition.  Back then, I had more roses and more color varieties.  Over the years, as roses have died or I have removed them for failure to flourish, I would replant with what I could find at the time I felt compelled to replace the rose bush.  Since then, I have replaced very few and the remaining roses all seem to have similar color palates.  One of these days I’ll get around to planting roses with different colors, like my all time favorite rose, the delicate and fragrant lavender floribunda, Angel Face.  But until then, most of my roses have a golden peachy color with coral or red accents.  Two were actually tied for the first rose to bloom this year, Sheila’s Perfume a floribunda with a gorgeous fragrance, and Betty Boop, another floribunda with almost no fragrance but that seems to grow a bouquet on a stem.  I didn’t like the shots I took of Sheila’s Perfume so I am giving Betty Boop the 2016 “First To Bloom” award. 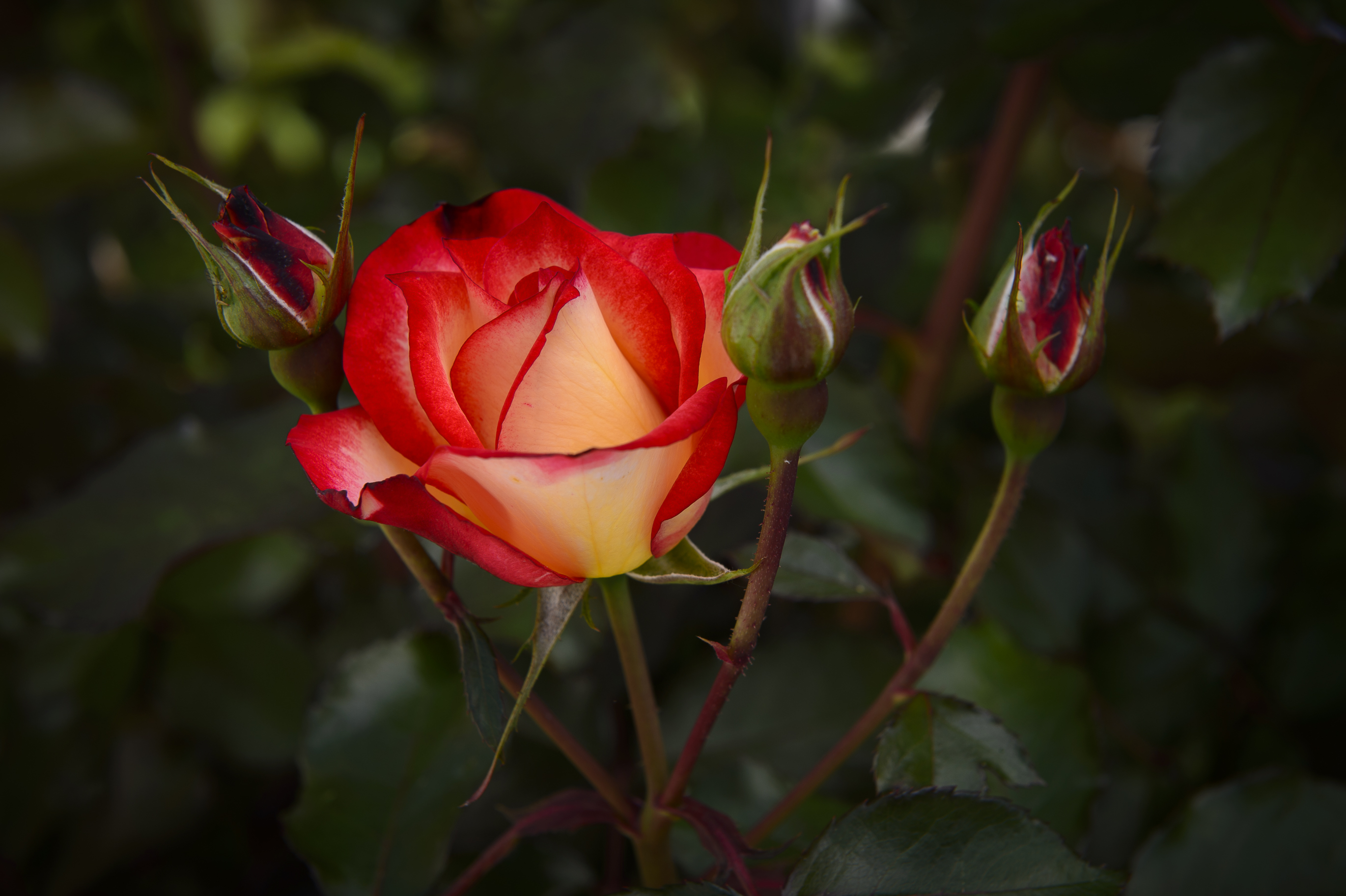 The aptly named cattle egret spends its time among herds of cattle, feeding on insects in the grass disturbed when the bovines move about.  This herd of Brahman cattle in Costa Rica keeps the cattle egrets surrounding them very well fed and the cattle egrets are quite agile and maneuver expertly among the cattle, avoiding hooves and swishing tails as they fly around the crowded pasture. 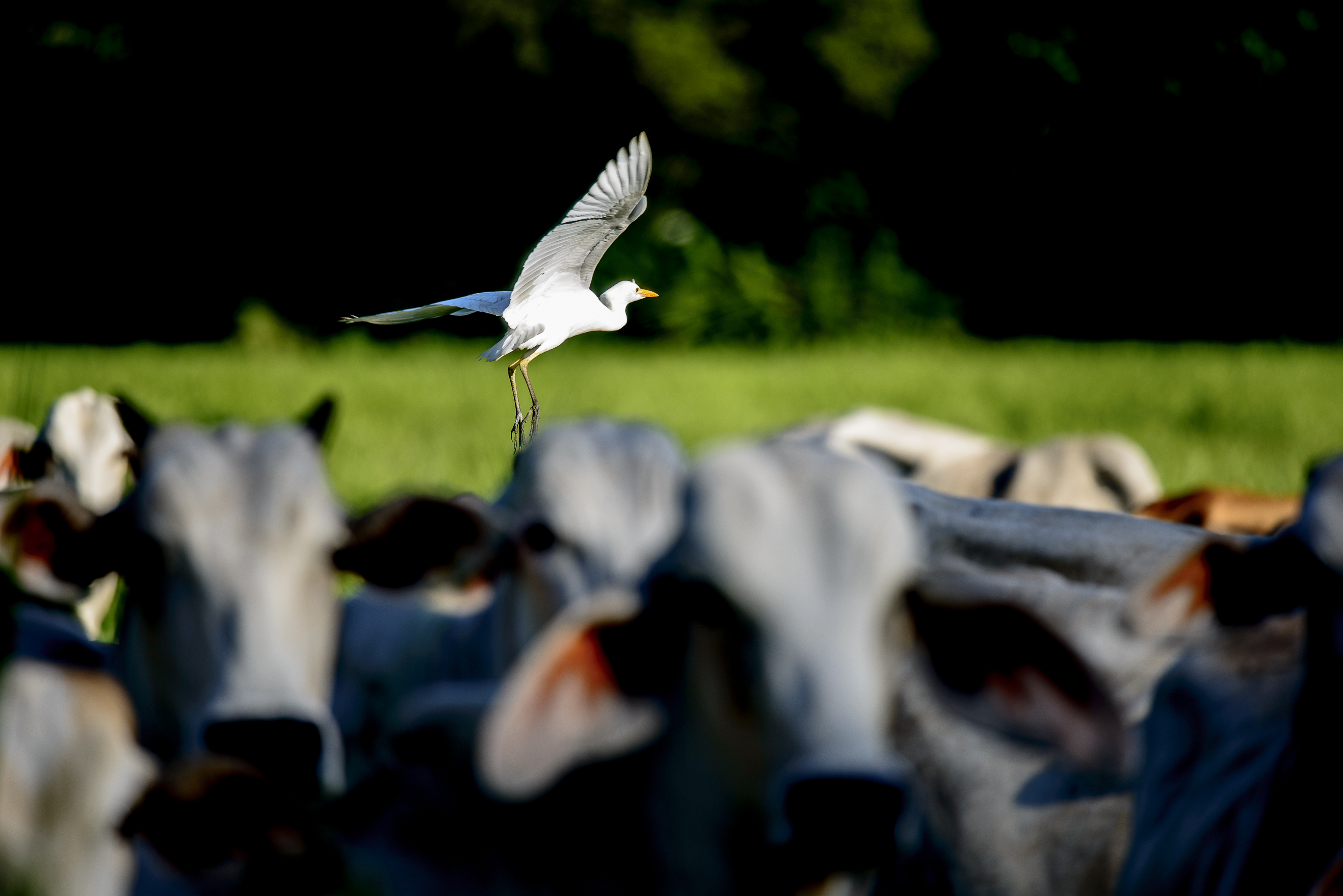 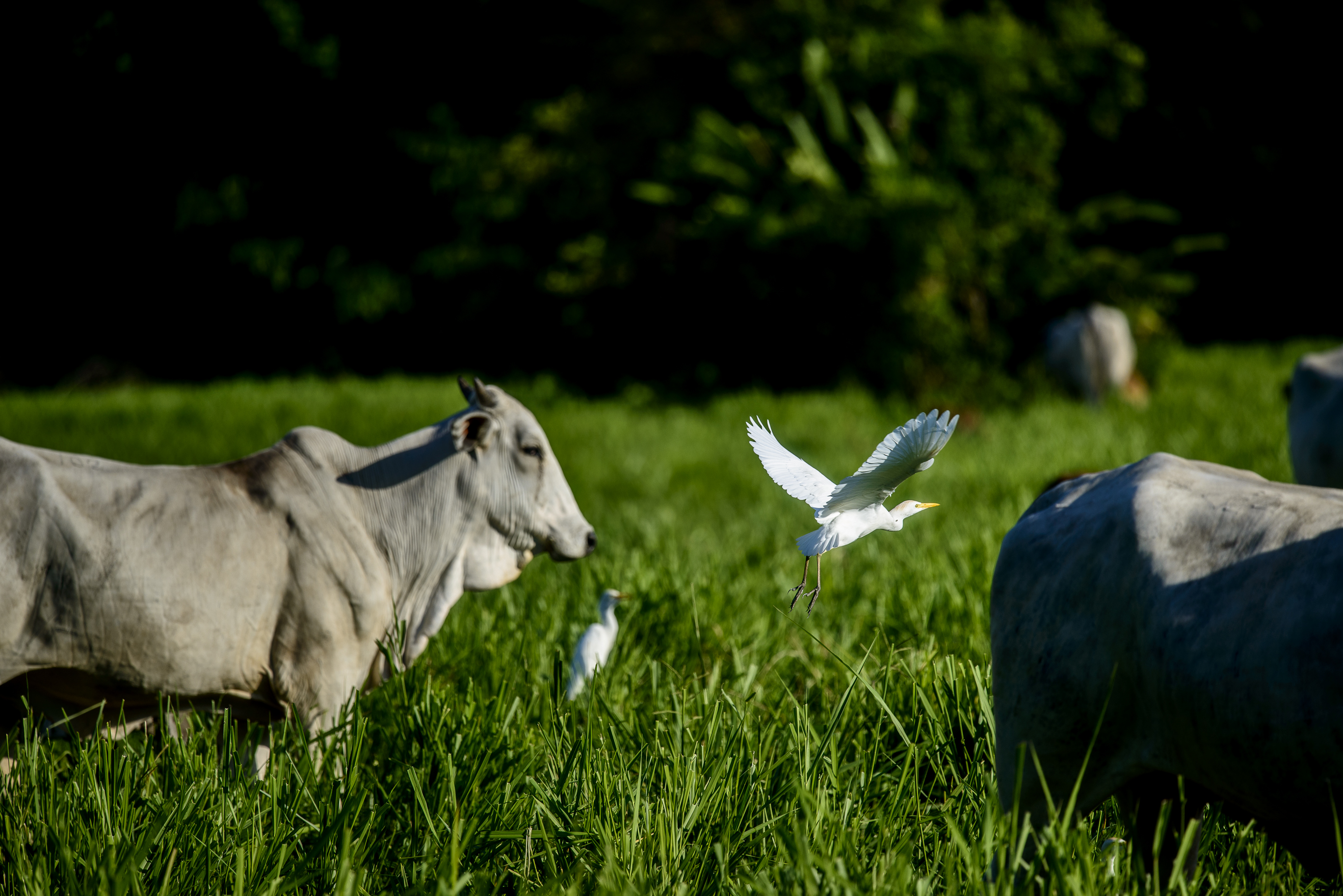 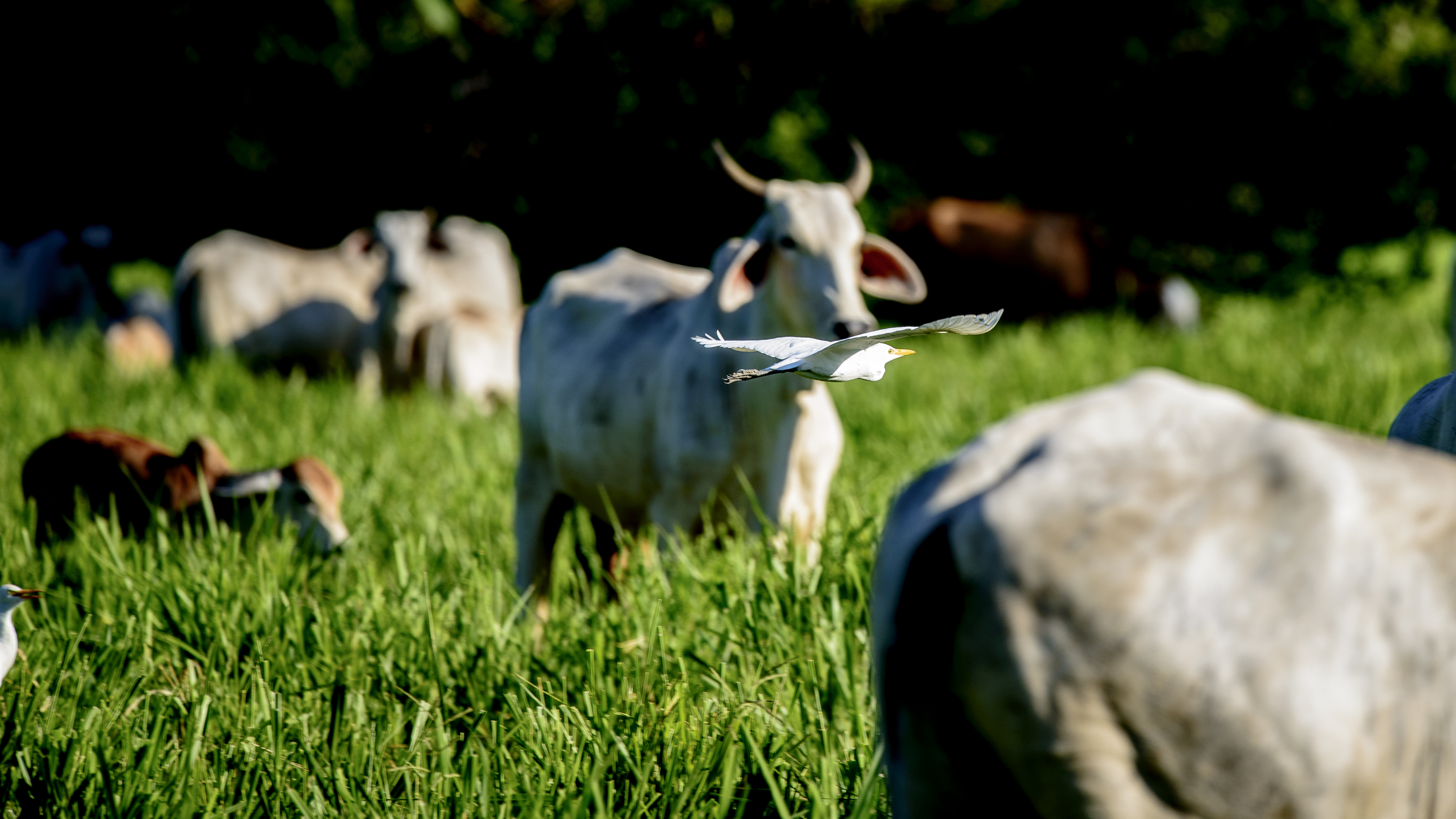 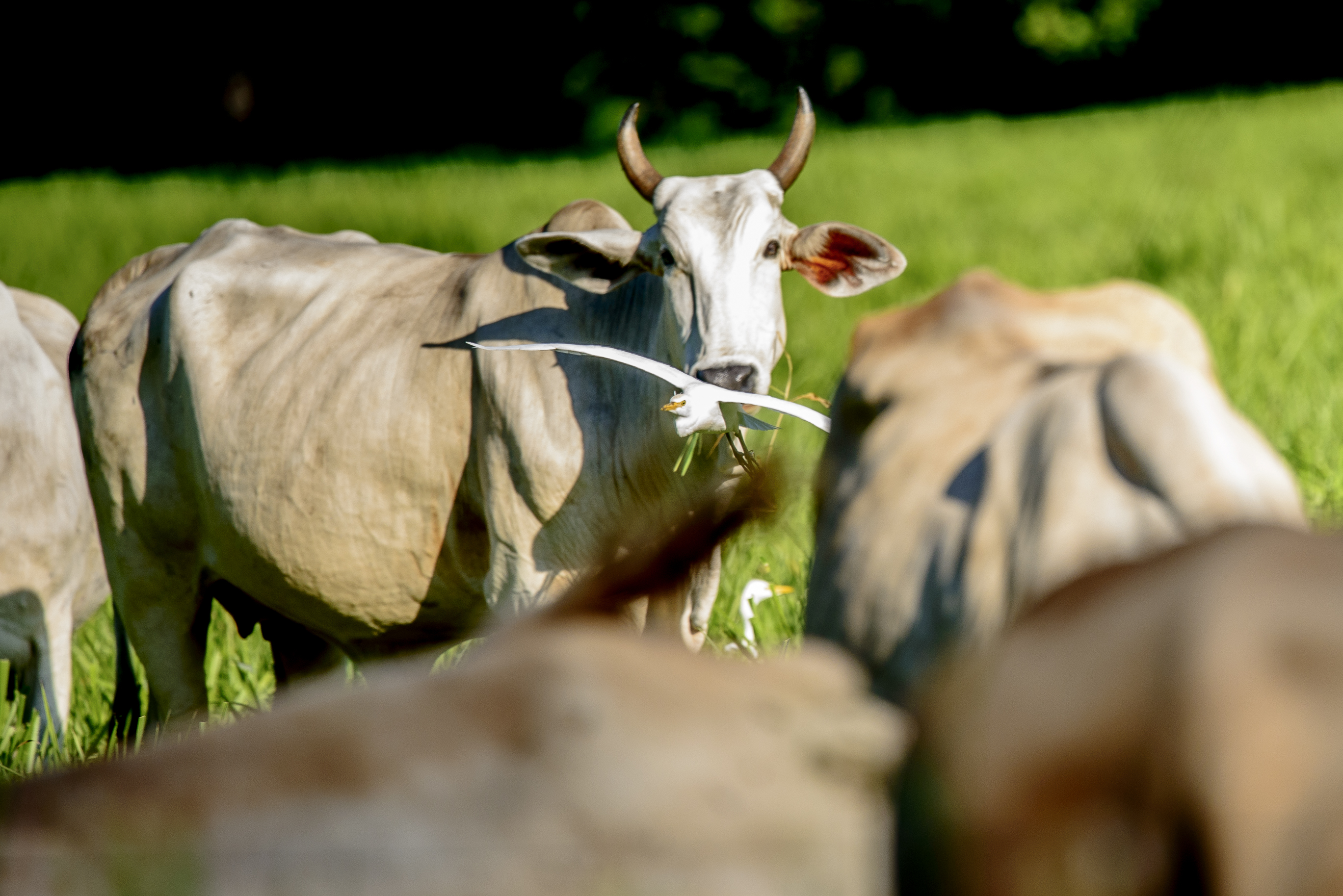 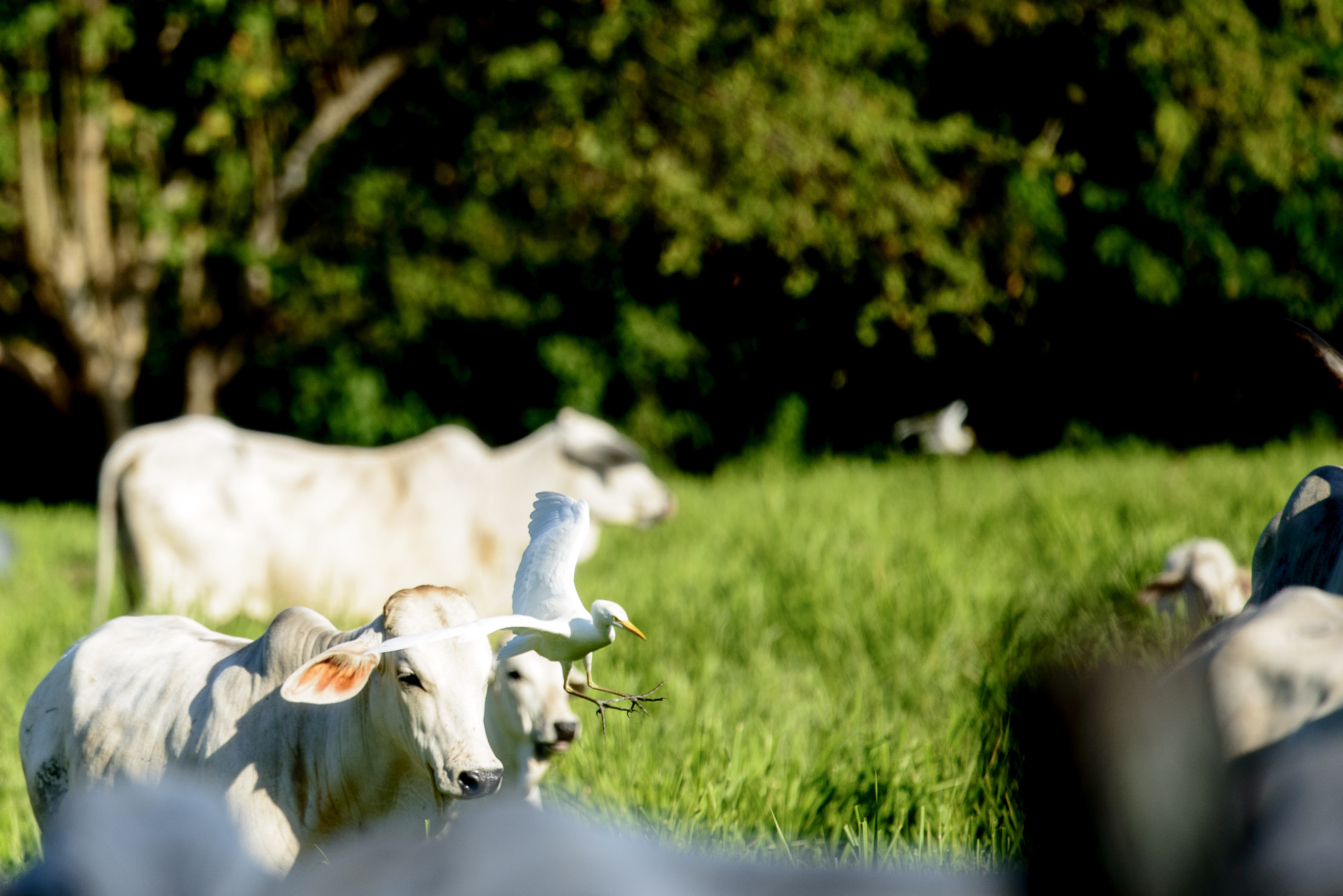 The little white faced capuchin monkey looks directly at the camera lens, as if posing for a portrait. 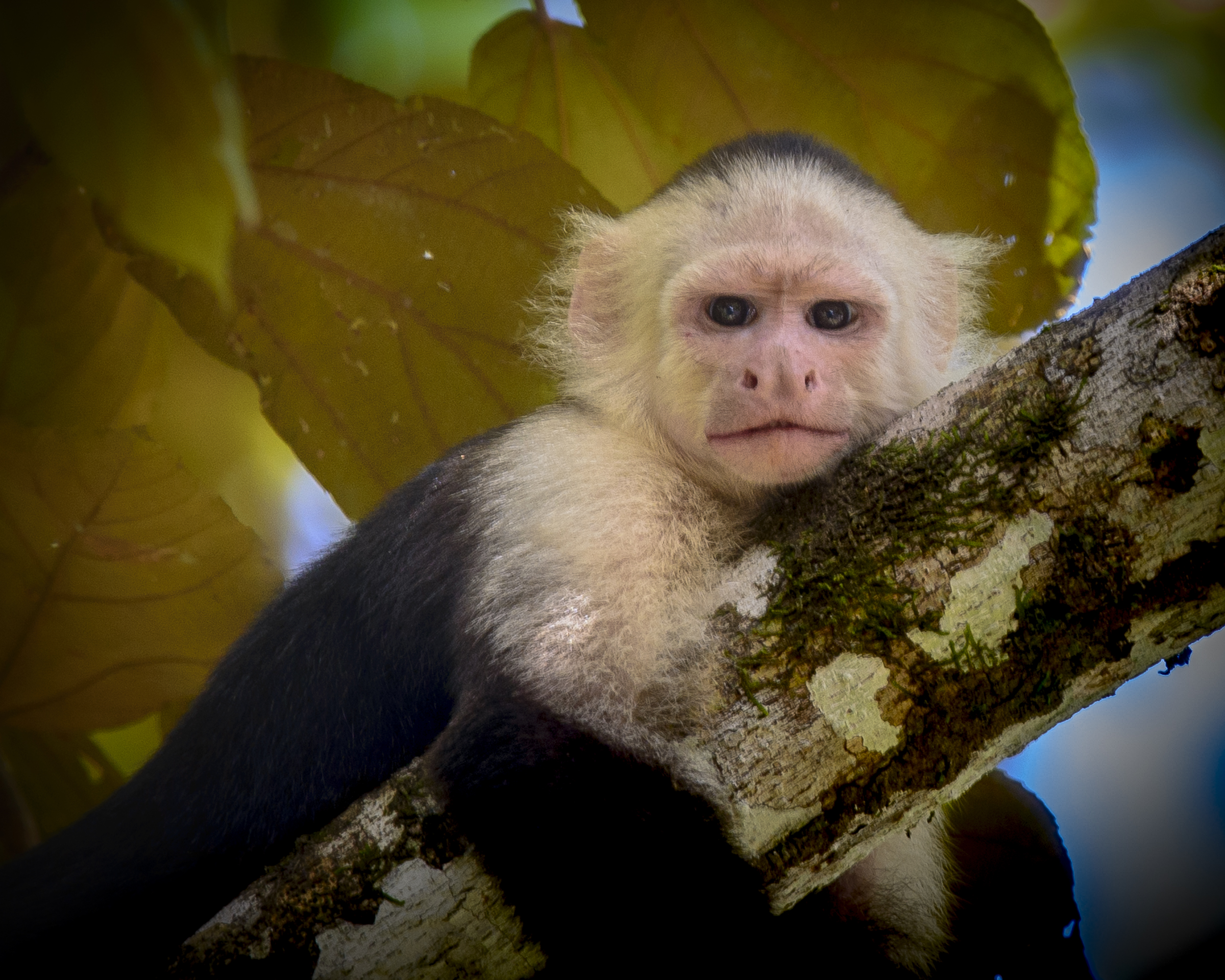 This little Bananaquit, a type of tanager, joined the honeycreepers and other little birds in the bromeliad pools at Luna Lodge in Costa Rica.  Because of its name, I wish I’d been able to photograph it on a banana frond but no such luck. 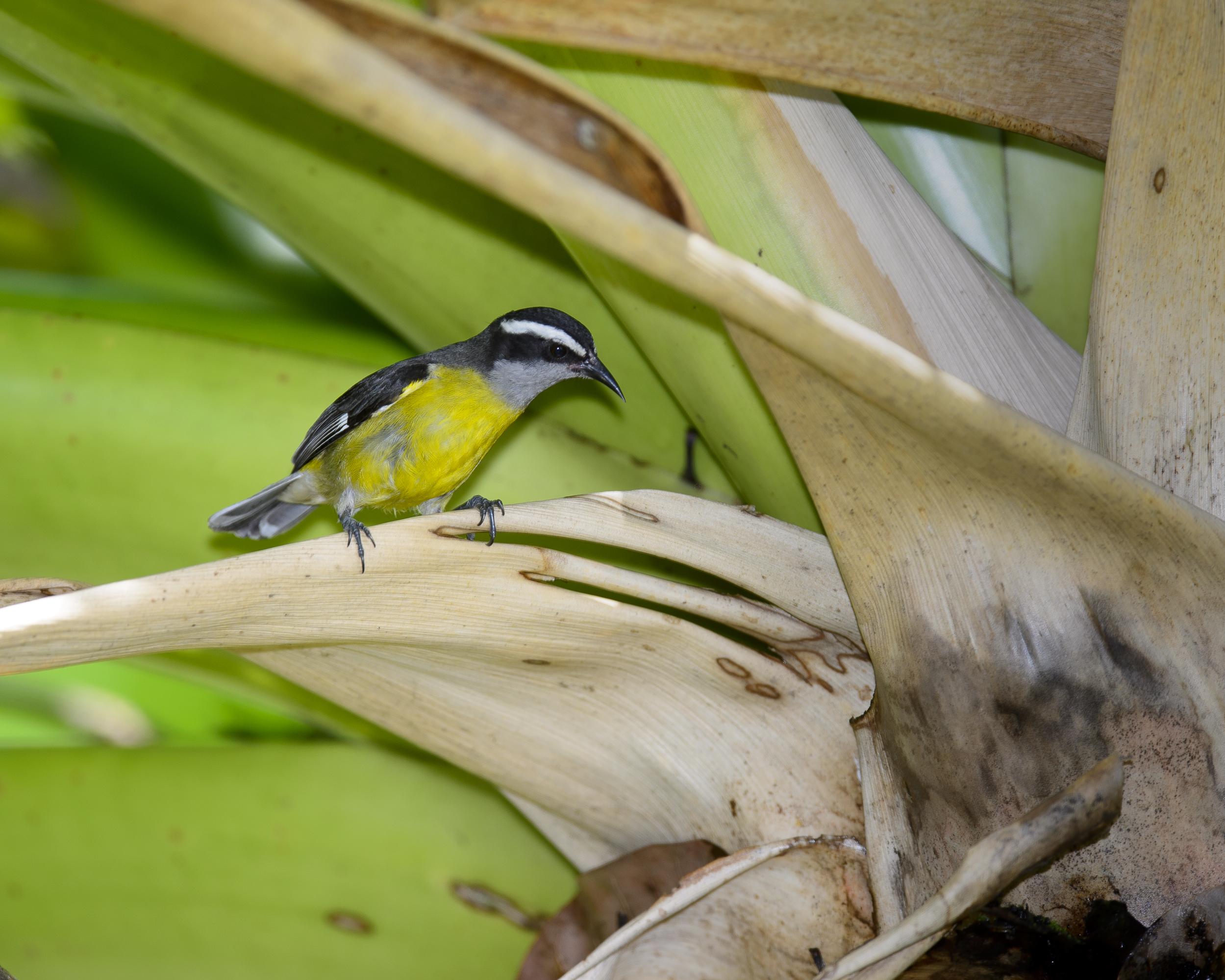 Since I’ve been reviewing photos from trips I’ve taken over the past few months, I took a quick look at the Yellowstone photographs.  I found this one of a lone bison with a dusting of snow on its back and snout. 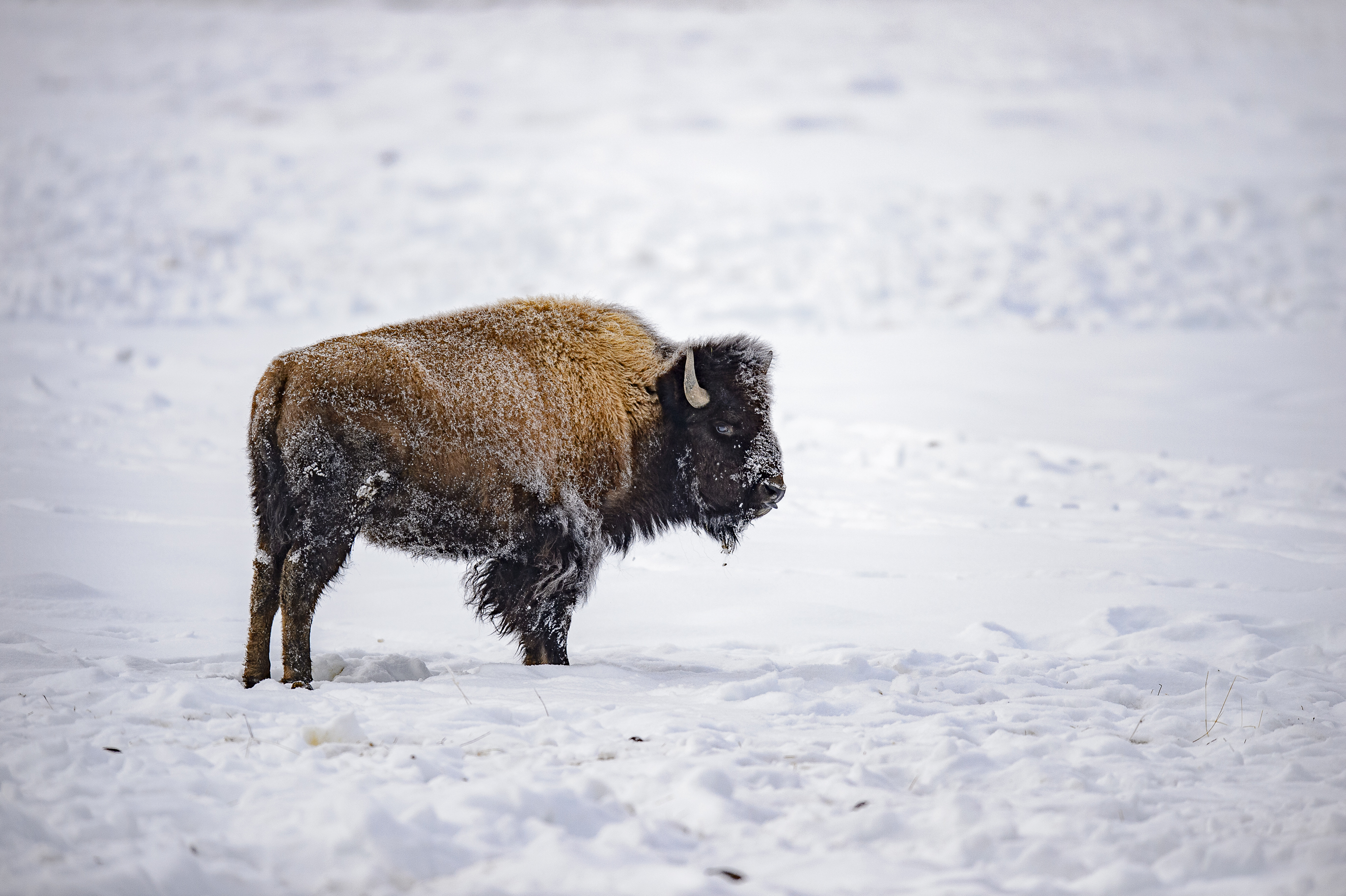 A Chestnut-mandibled Toucan on the Luna Lodge grounds in Costa Rica looking rather beaky. 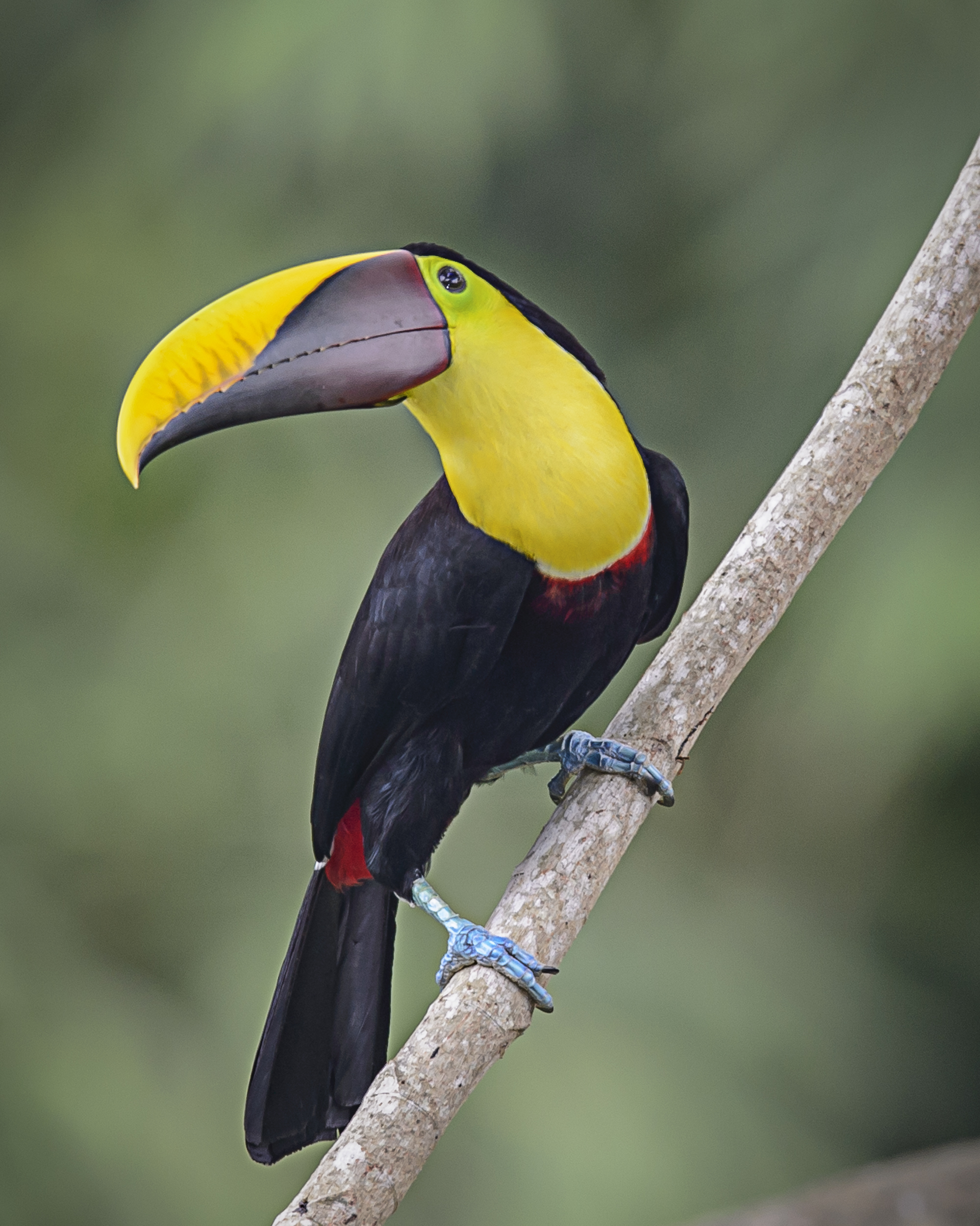