Both last year and this year, one of the highlights of my visit to Costa Rica was getting up close and personal to a red-eyed tree frog, the iconic symbol of Costa Rica.  This year, due to dry conditions, tree frogs were hard to find.   The term “dry” is relative — the humidity felt like 100% all the time even though it rained only a few drops during out visit.    On our last evening at Luna Lodge, we took a precarious hike in the pitch black darkness down the steep and narrow trails that led to the frog ponds, using headlamps and flashlights to pick our way around the protruding roots, stumps, and rocks that criss crossed the trail.  We saw several species of frog but not the red-eyed tree frog I love.  Finally, Gary, our wonderful guide, left the trail and disappeared in the dense growth above us.  When he reappeared a few moments later, he presented us with a red-eyed tree frog, placing the tiny creature onto a large leaf.  The little guy didn’t seem to mind the flashes or movement around him.  He changed positions a few times but made no attempt to hop away.  I took lots of shots of him and will feature those shots in later blog posts, but I loved the look of this particular shot which makes the entire scene appear psychedelic.  I’m not sure exactly why this happened but, when Gary shined a flashlight under the leaf on which the frog perched, this is what I got.  It may be partly due to a headlamp turned to the red light position (a couple of us used that setting)  but that doesn’t explain the blue cast.  The leaf itself is entirely green. 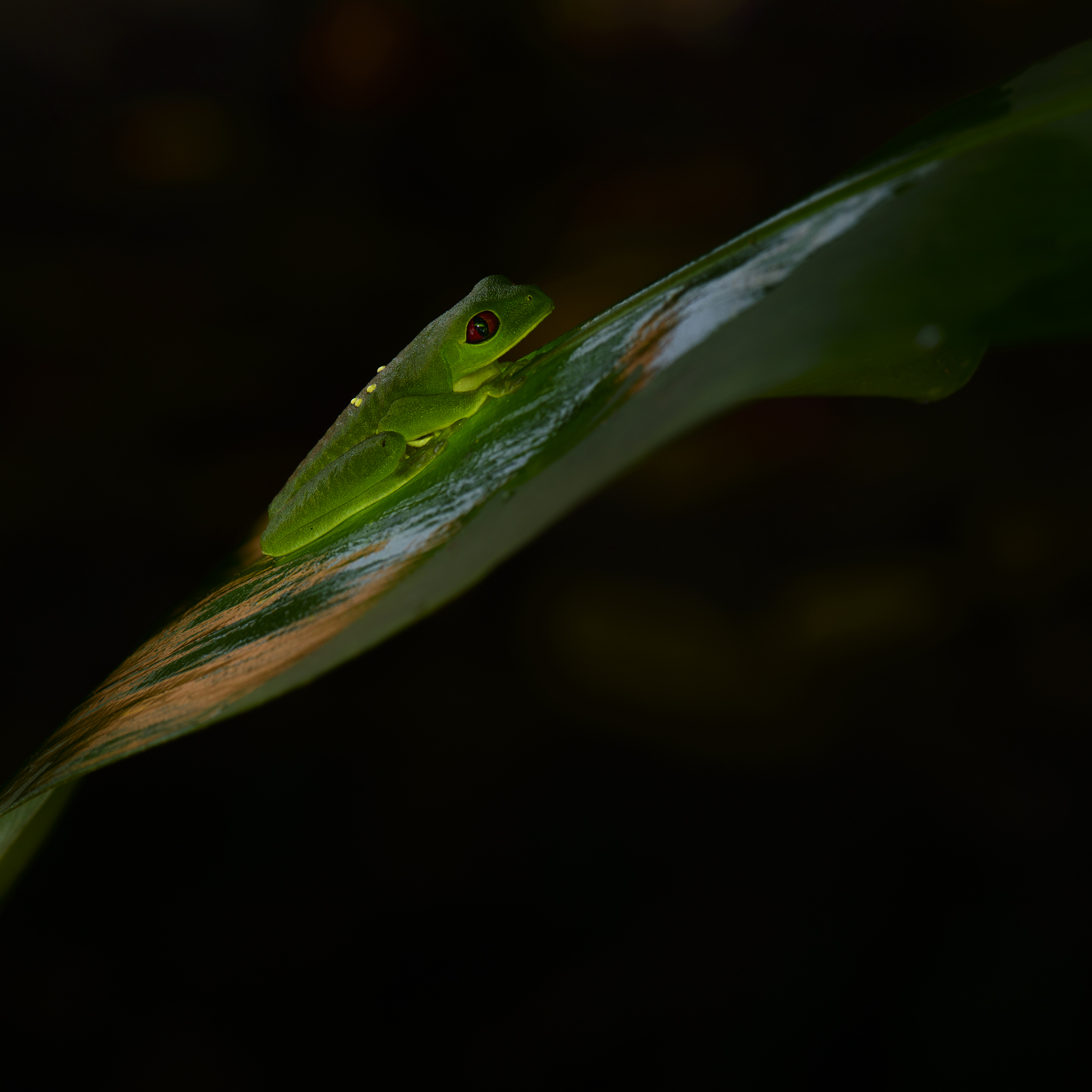