The Monitor and the Merrimack were Civil War era ironclad ships, the Monitor from the North, the Merrimack (originally the USS Merrimack, it was rechristened the CSS Virginia) from the South. The ships engaged in fierce combat on March 9, 1862, in a battle that was history’s first duel between ironclad warships. The engagement, known as the Battle of Hampton Roads, was part of a Confederate effort to break the Union blockade of Southern ports that had been imposed at the start of the war. The ships fired cannons at each other for four hours and the cannon balls merely bounced off their ironclad sides. The battle was inconclusive, but it began a new era in naval warfare.

Formations of Entrada sandstone in Canyonlands National Park in Utah bear such a striking resemblance to the two ships that they are called the Monitor and Merrimac(k) Buttes. We stopped at an overlook on Sunday afternoon and took some photos. Because of the historical significance of the Monitor and the Merrimack, I used the Carbon Print Neutral 19th Century preset in Perfect Effects to give these shots more of a vintage look from that era. The subject of the second shot is the windswept juniper that caught my eye. I was so taken with its shape that I forgot to look at the background. If I’d moved a couple of feet to my left, I could have had the Monitor Butte in the shot as well. Instead, only the Merrimac Butte (the sign at the Federal Park site spells it without the ‘k’) appears in the background. 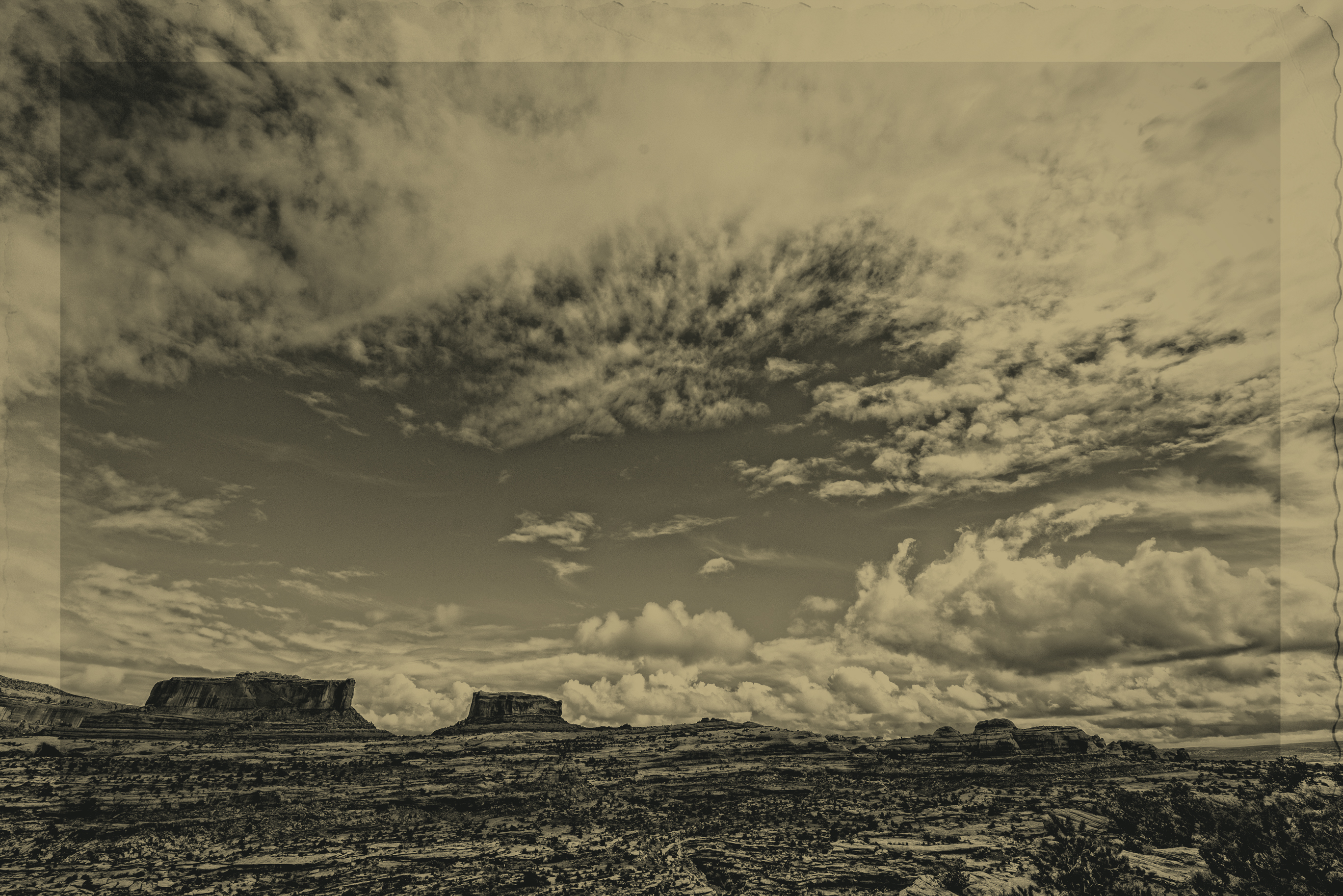 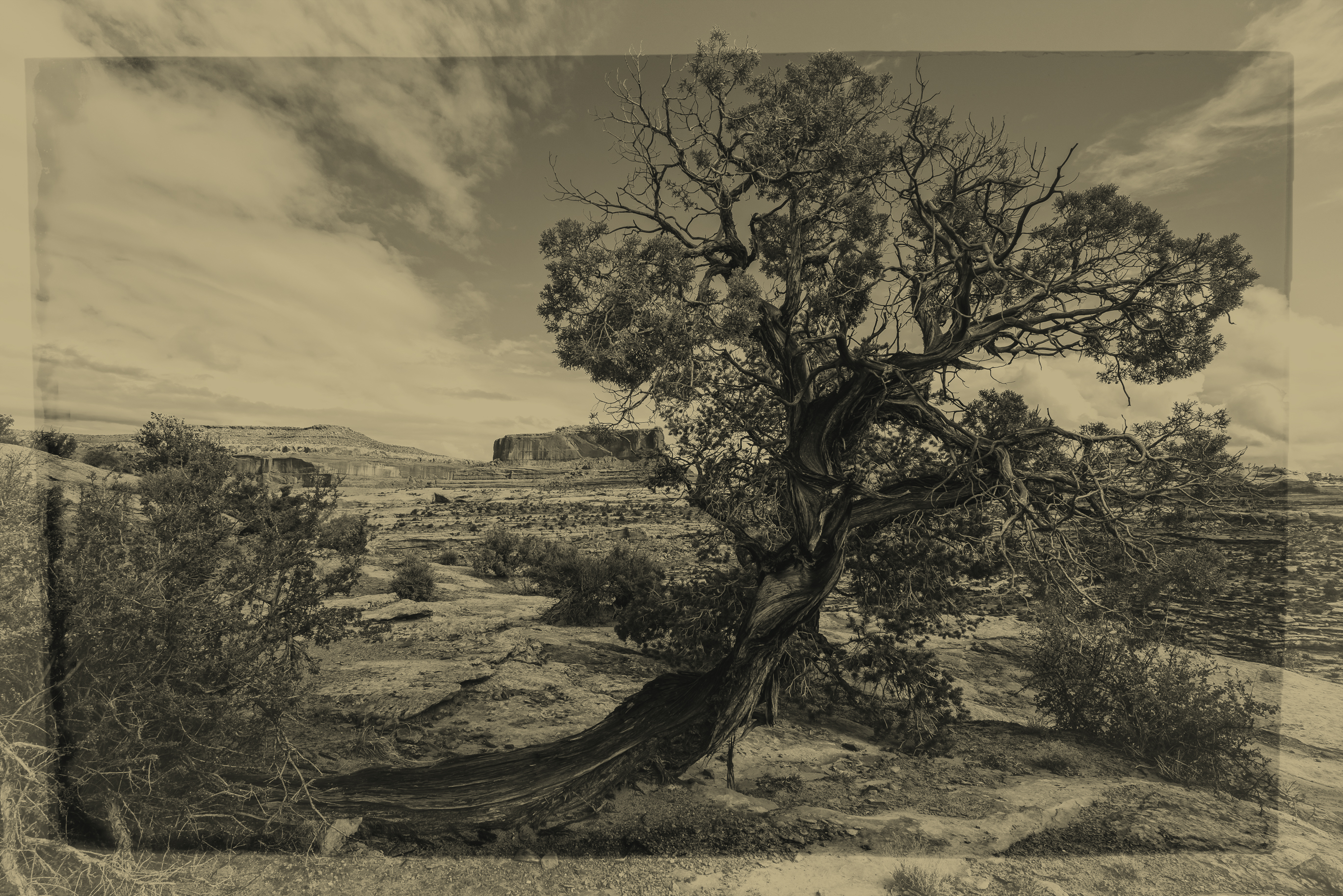 One thought on “2015—The Monitor and the Merrimack”