Sunday afternoon, I watched the pair of hummers successfully harass a scrub jay to the point it left the yard. It was approaching the fountain trying to be inconspicuous, remaining partially obscured by leaves and hopping from branch to branch. But the hummers wouldn’t leave it alone. They chased the jay from the shrubs to a dead branch possessively protecting the fountain. In the first shot, one of the hummers appears in the background in a fly-by while the jay watches warily. Shortly after this, the jay flew to another tree across the yard not to return, relentlessly pursued by the hummers. So, they took advantage of their victory. I caught one of the hummers in a brief hover as she (I’m pretty sure it’s the female) flew in for an afternoon bath in what has apparently become the hummingbirds’ fountain. 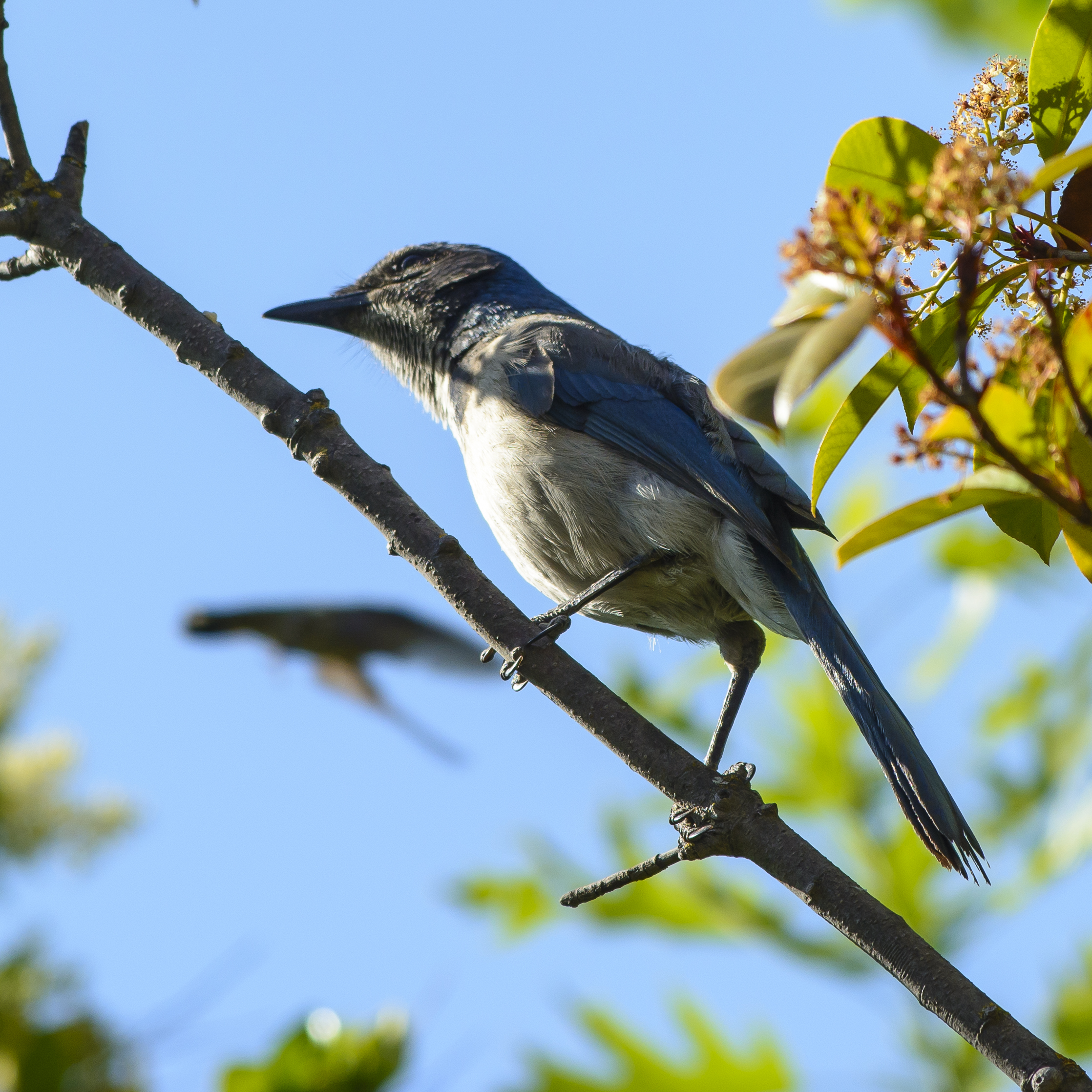 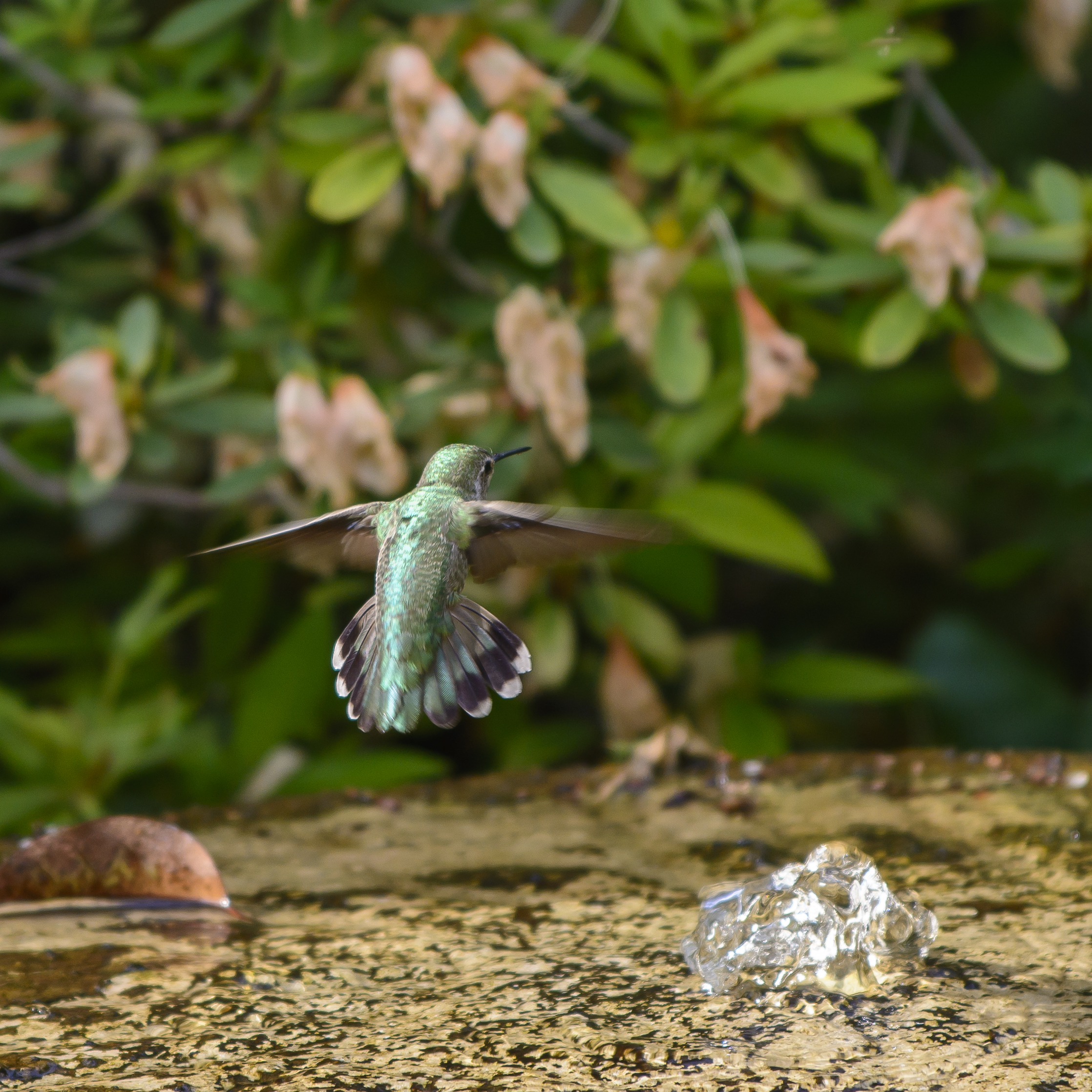