On Wednesday, our fourth day on the Osa Peninsula in Costa Rica, we visited what Gary and Moose called “Shady Lane.” What a charming name. I pictured tall mango trees, monstera vines, the occasional macaw flying over, a pretty, shady, rainforest retreat. The first part of the trek was not very picturesque and it didn’t even look much like the rainforest that surrounded us at Luna Lodge and it wasn’t particularly shady. There was a gravely dirt road and some large trees with open areas. When Gary summoned us to follow him, he warned that it was a bit treacherous. We entered what was to me, the forest primeval.

The forest was very wet, very green, had no trail to speak of, required wading through creeks, had no view of the sky, and featured the ever present din of cicadas. The humidity seemed even worse in this closed in environment. This really was the rainforest. We lugged macro lenses and flash units along with our cameras, long lenses, and tripods because we were anticipating seeing the tiny poison dart frog. We were not disappointed. Gary found one and placed it on a monstera leaf for us to photograph with our macro lenses and flashes, using the technique we’d used the first night with the red-eyed tree frog. This little creature, even smaller than the red-eyed tree frog, was less than 1 and 3/4 inches long. For me, achieving focus was no easier in the daylight with both contacts in my eyes. I did manage a few partially focused shots, however. This is only one of many colorful poison dart frogs in Costa Rica but it isn’t quite as appealing as the adorable red-eyed tree frog. 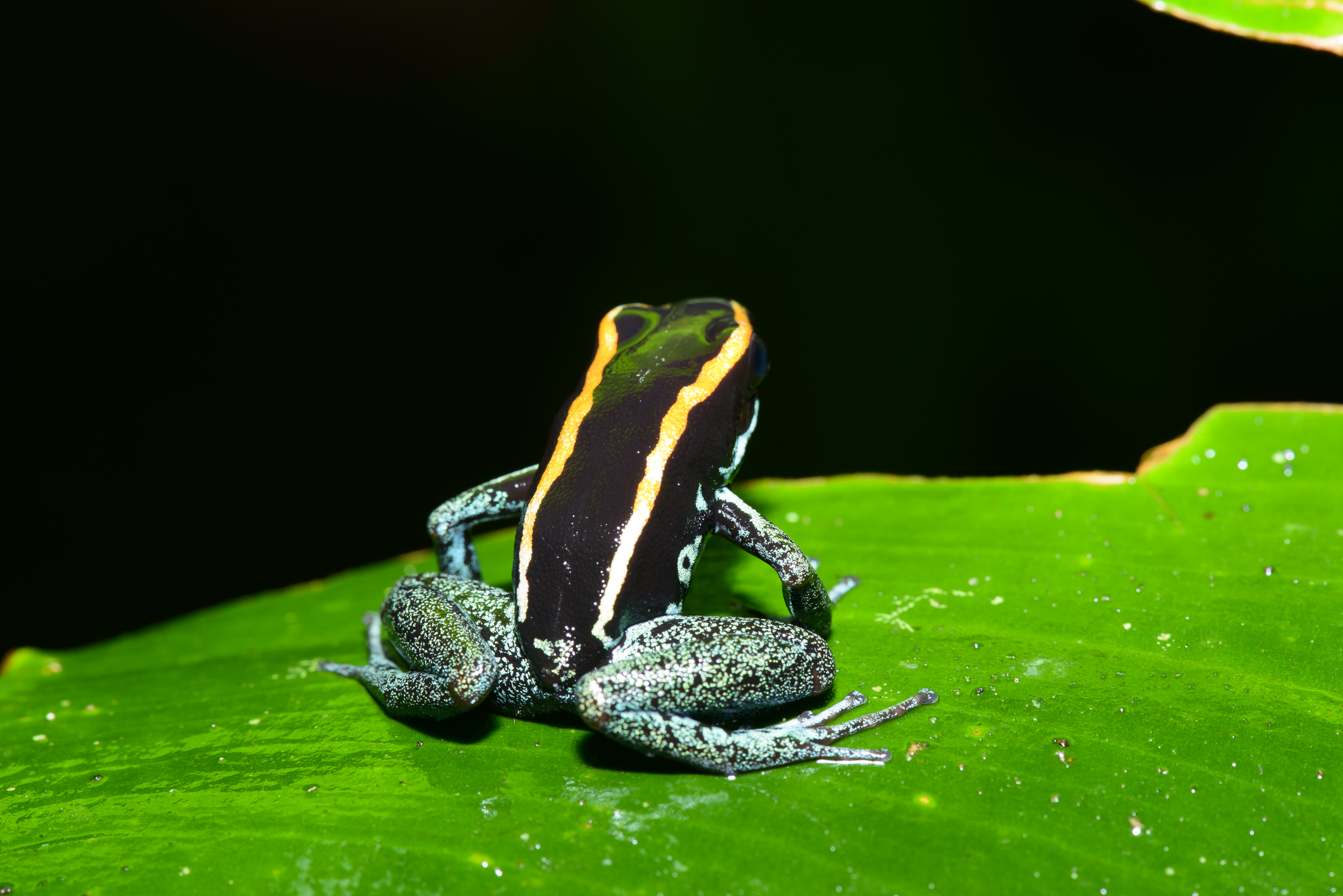 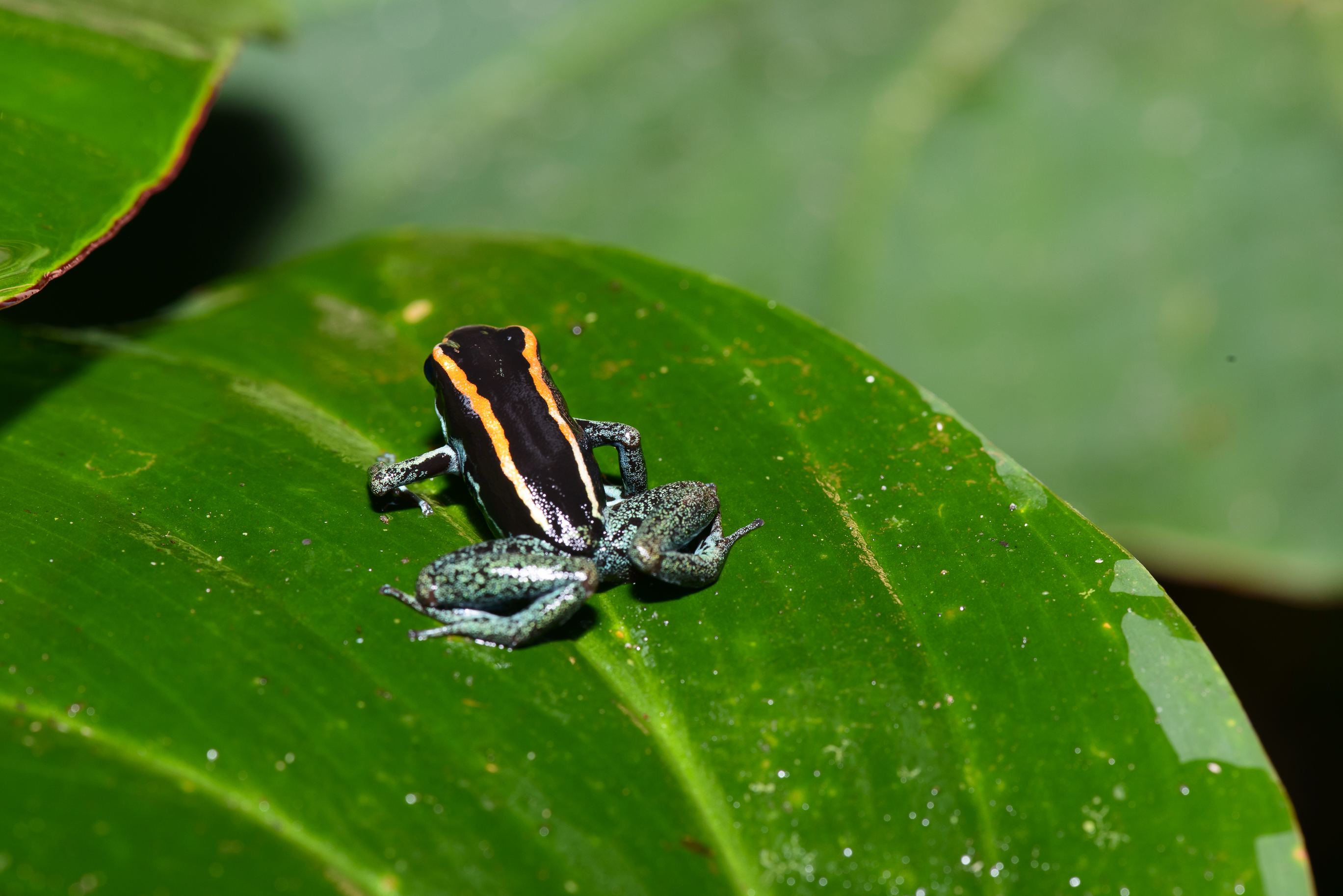 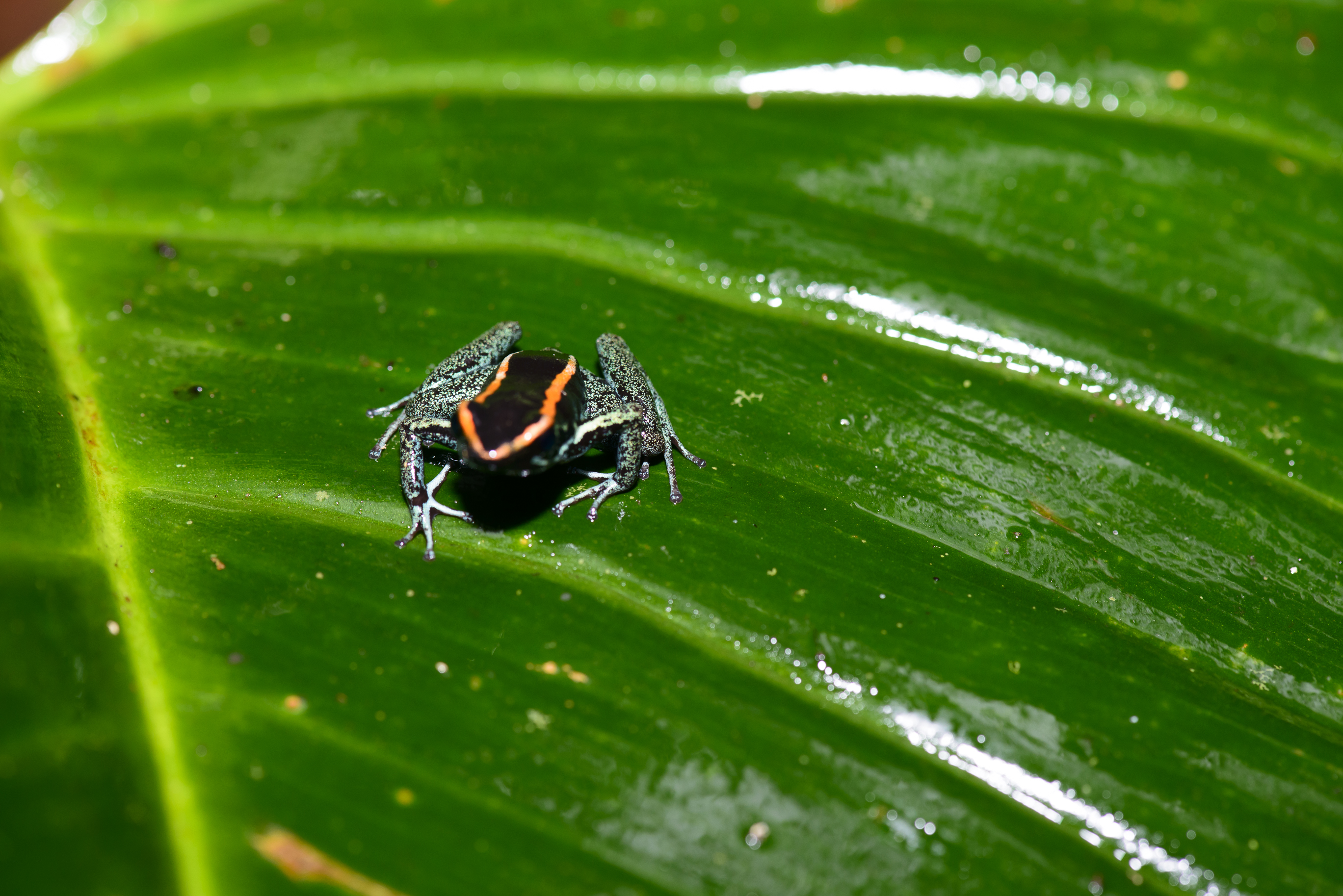 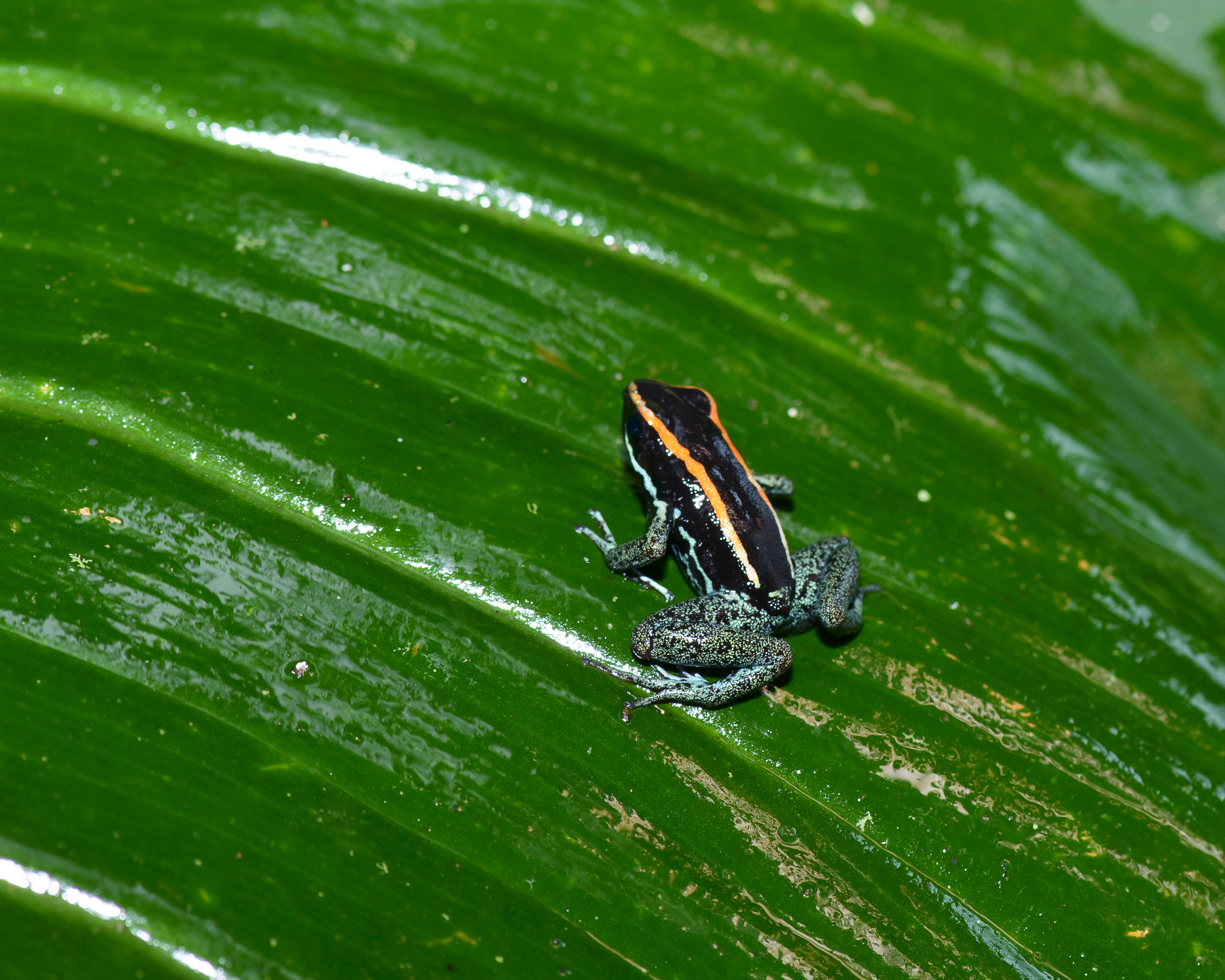 One thought on “2015—Costa Rica—Poison Darts”