I’ve been frustrated because it’s already the 9th of January and, until this morning, I hadn’t taken a decent hummingbird shot. This morning, though, the hummer dove into the bubble in the fountain and continued to splash about while I approached and sat directly in front of him. He obviously enjoys his baths so much that he decided to stay put while I took pictures. He did keep a wary eye on me the entire time, though. I thought these shots were fascinating, especially the second one, with his eye closed and a water droplet on his eyelid. That bird doesn’t look much like the hummingbird we’re used to seeing. 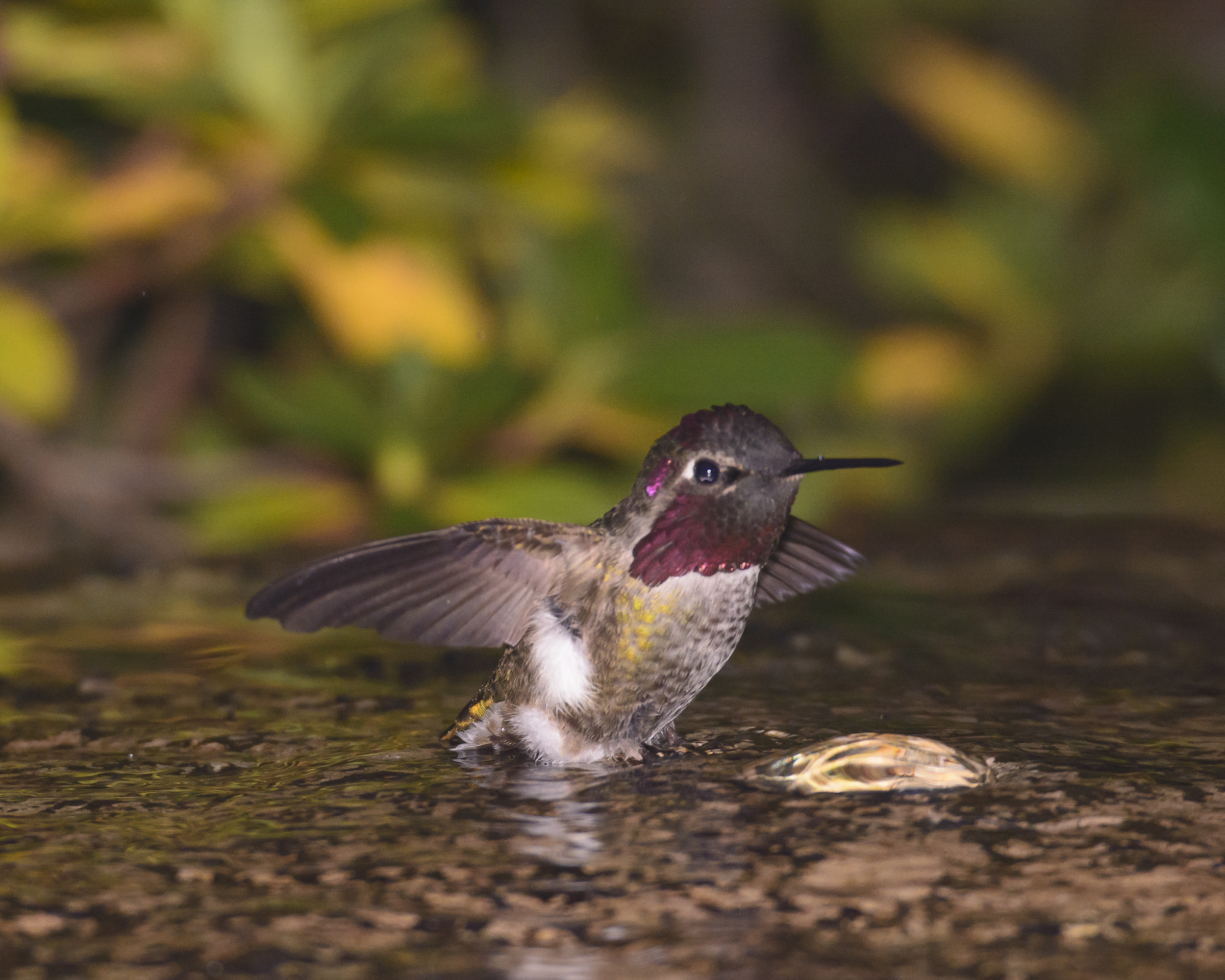 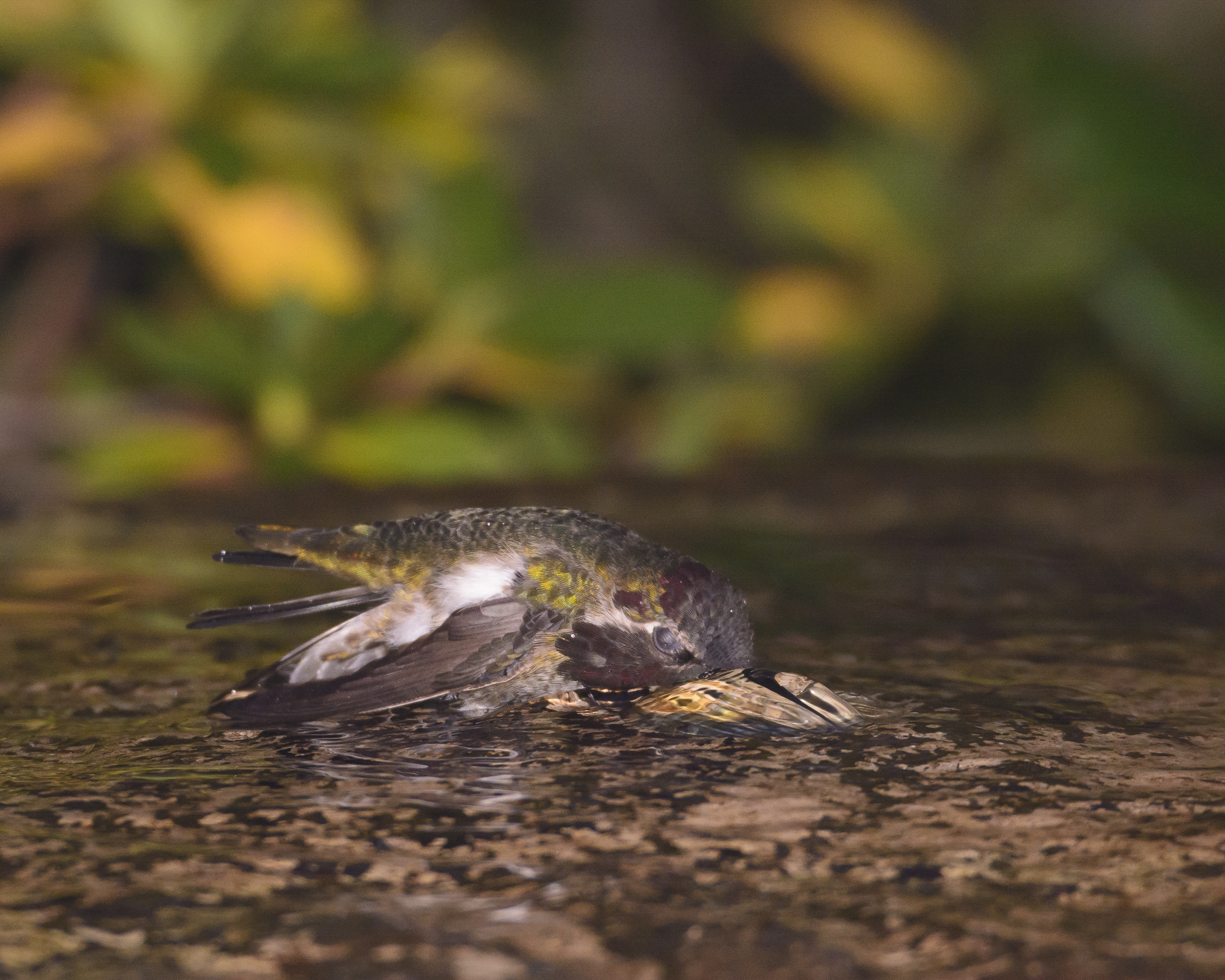 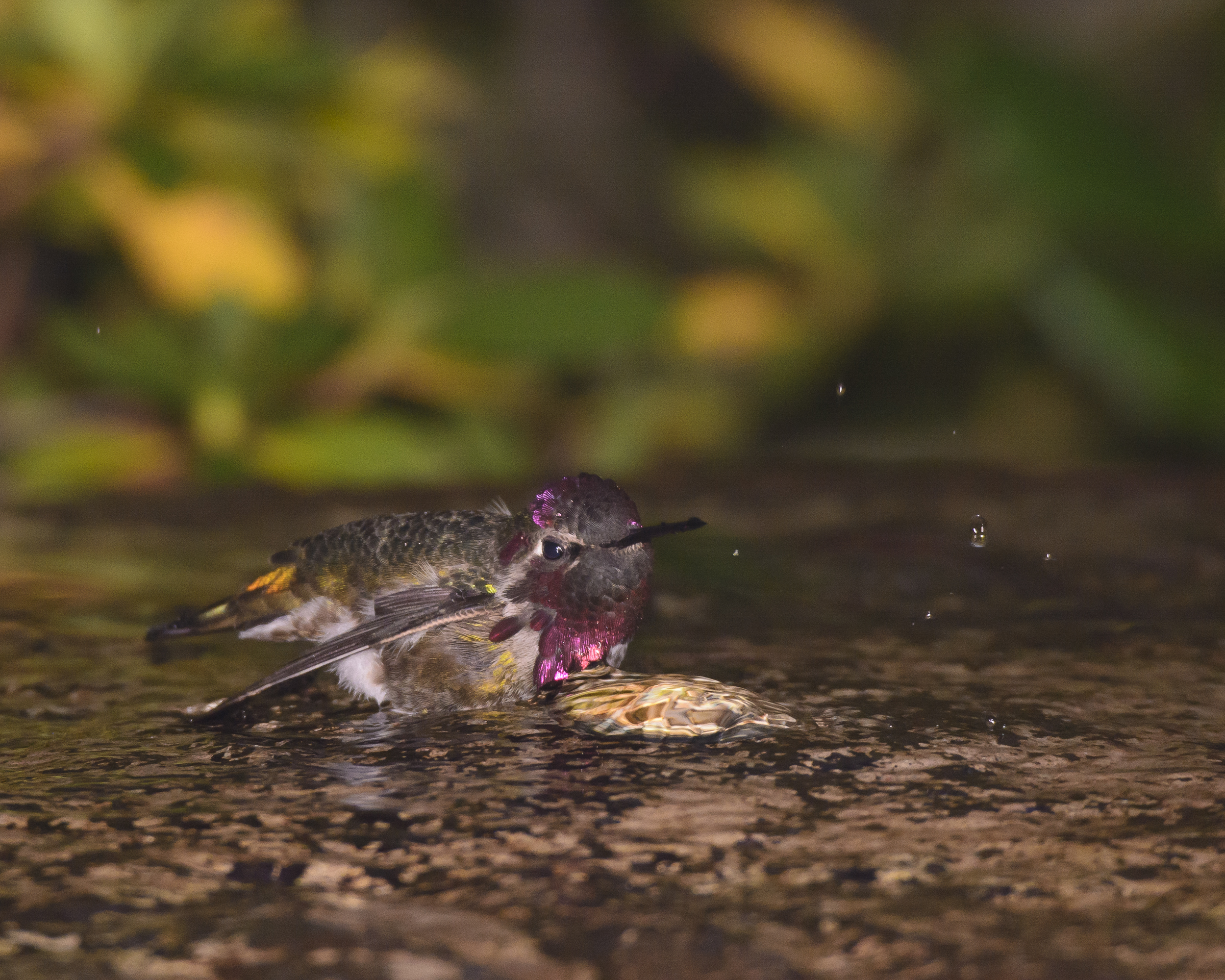