While I was in the midst of wrestling with my tripod trying to figure out how to set it up to take a photograph of something in an awkward place, I laid my camera on the kitchen countertop. I was using “live view” instead of the viewfinder at the time so the LCD screen on the back of the camera displayed the scene in front of the lens. I started to turn back to my tripod dilemma but the scene on the LCD screen caught my attention. A used, crumpled paper napkin, soon to find its way to the trash, was lying on the countertop and to me, created a perfect composition. For some reason, I was absolutely taken by the scene and abandoned my other project to focus on the napkin. As fate would have it, I had been thinking about what I could use for another recent Flickr challenge, “everyday object,” and when this very ordinary, everyday object filled my viewfinder it was serendipity once again for me.

I wanted the napkin to dominate the scene and because it’s white, it pretty much does. I opened the lens to create as shallow a depth of field as I could to isolate my subject. The bokeh on the bowl of apples and the bokeh light to its upper left (a light from the condos over my back wall and across the street) are a nice bonus. In an effort to get the entire napkin in focus but keep the shallow depth of field, I tried focus stacking again but I apparently moved the camera a little too much as I was changing the area of focus for each shot. The resulting stacked shot ruined the bokeh in the background and the napkin still wasn’t completely in focus. I ended up choosing one shot that I thought best showed this ordinary, everyday object. 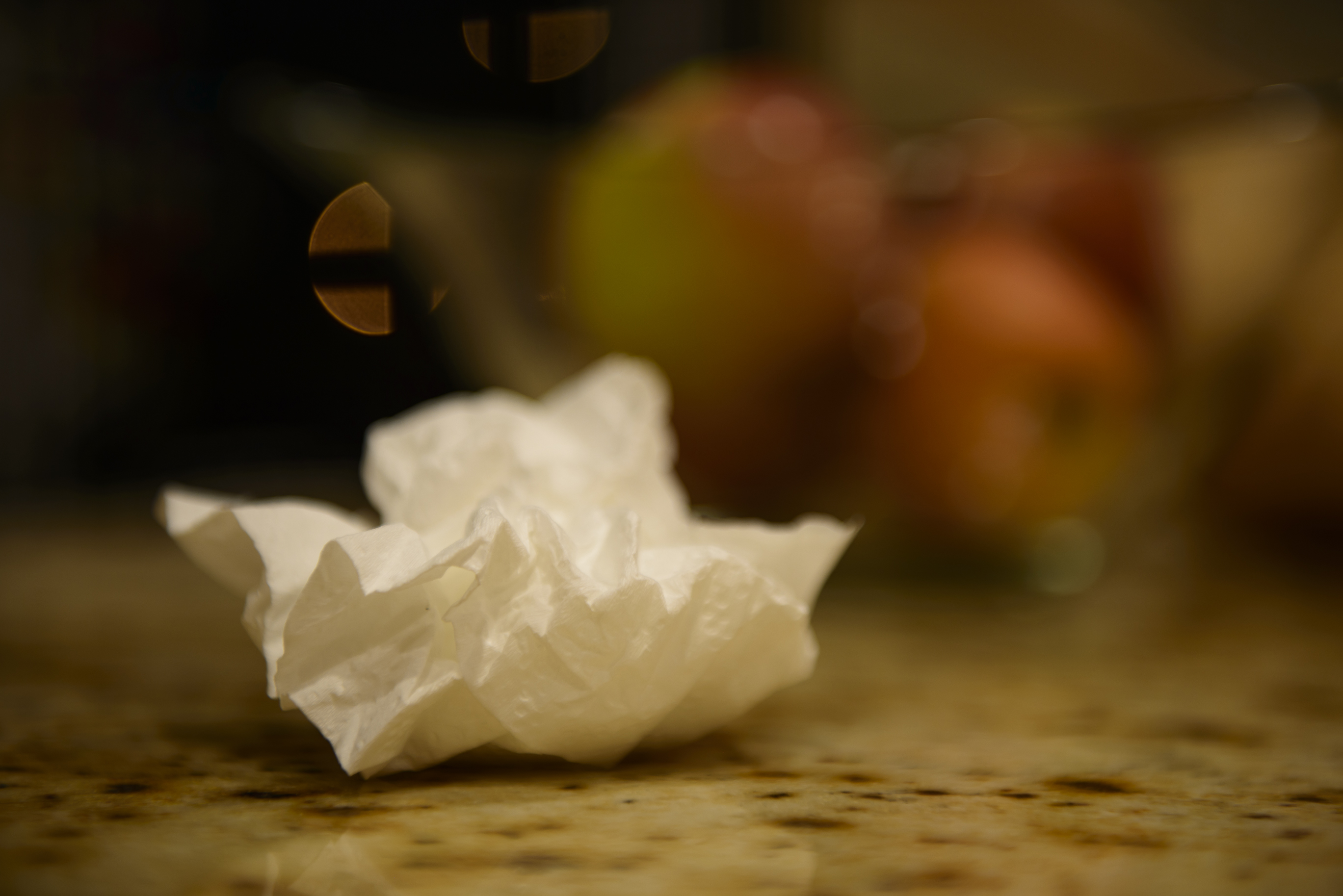