Once again, the Flickr daily challenge has helped me decide on a blog post. A challenge from a few days ago was “descent.” And, to make the most of the hummingbird shots I captured yesterday, my first of 2015, I’m using a couple of them today because I think they depict that topic fairly well. I took these shots less than a second apart. In the first, the hummer is plunging head first into into the bubble in the middle of the fountain; I love that his beak is refracted by the water bubble and looks as if it not attached to him. In the second, he has emerged from his descent. I am fascinated that the hummers bathe every day in the fountain, whether it is 100° out or in the 30’s. The fountain doesn’t freeze because the water is pumped continuously but I know if the temperature drops too far below 32°, it probably will freeze over. Temperatures that low happen rarely around here but I have had to take the hummingbird feeders in at night on occasion to keep them from freezing.

The Better Beamer is a ridiculous-looking contraption attached by Velcro to the speed light with a fresnel lens to augment the flash, something that might be necessary in the dark areas of the rain forest in Costa Rica. The Better Beamer was overkill for these shots, though it was fairly dark out in my deeply shaded backyard at 7:30AM. I had to reduce the flash intensity to compensate for the brightness because I wanted to practice with it a little before going to Costa Rica. The Better Beamer was recommended to me by one of the judges at my camera club a few months ago when he learned I would be traveling to Costa Rica and Moose Peterson also included it on his list of suggested camera gear for Costa Rica. 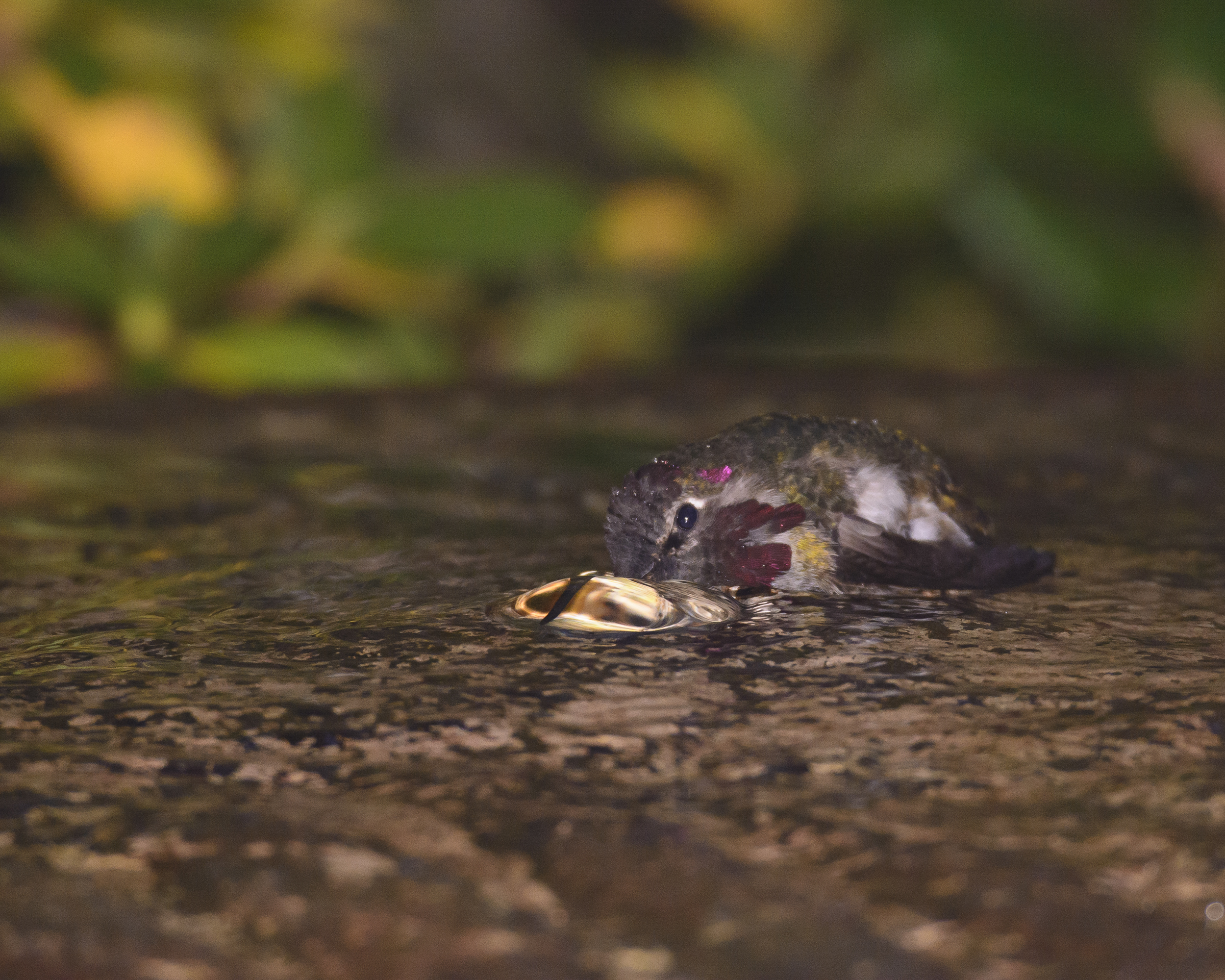 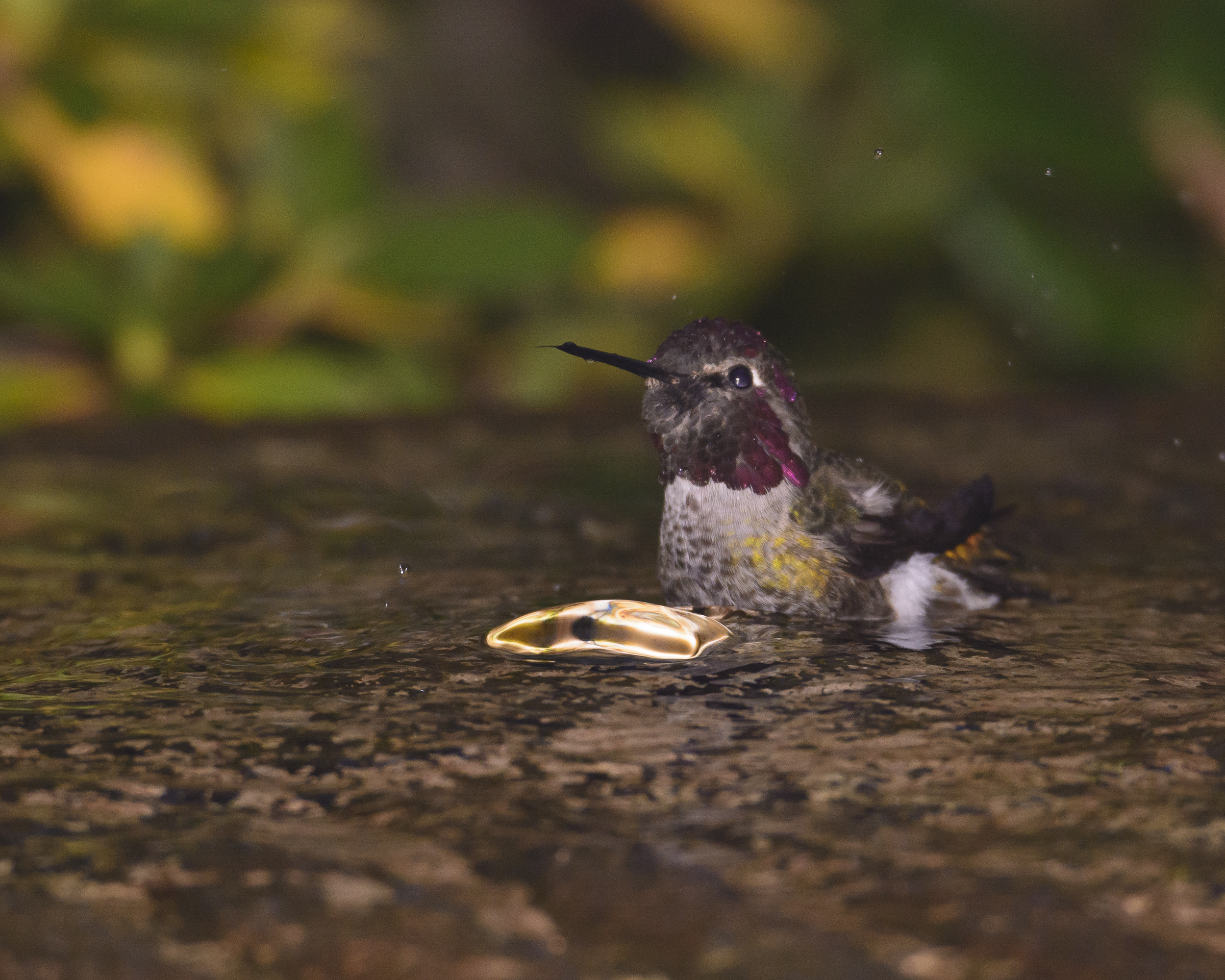 2 thoughts on “2015—Descending and Emerging”