The bicycle is gone; all that’s left is its shadow, and the shadow appears to be heading down hill in pursuit of its origin.

I was so taken by the morning shadow of this bicycle locked to a lamp post on the patio of my gym that I hopped off the treadmill, grabbed my camera, and ran out to photograph it. My original thought was that the bicycle and the shadow together made an interesting photograph but despite photographing it from several angles, not a single one of the shots I took was good…until I rotated the shot 90° to feature the shadow and cropped out the bicycle almost completely. I used one of the “film noir” filters in Silver Efex Pro to emphasize the stark contrasts, turning it to a grainy, black and white, high key photograph. 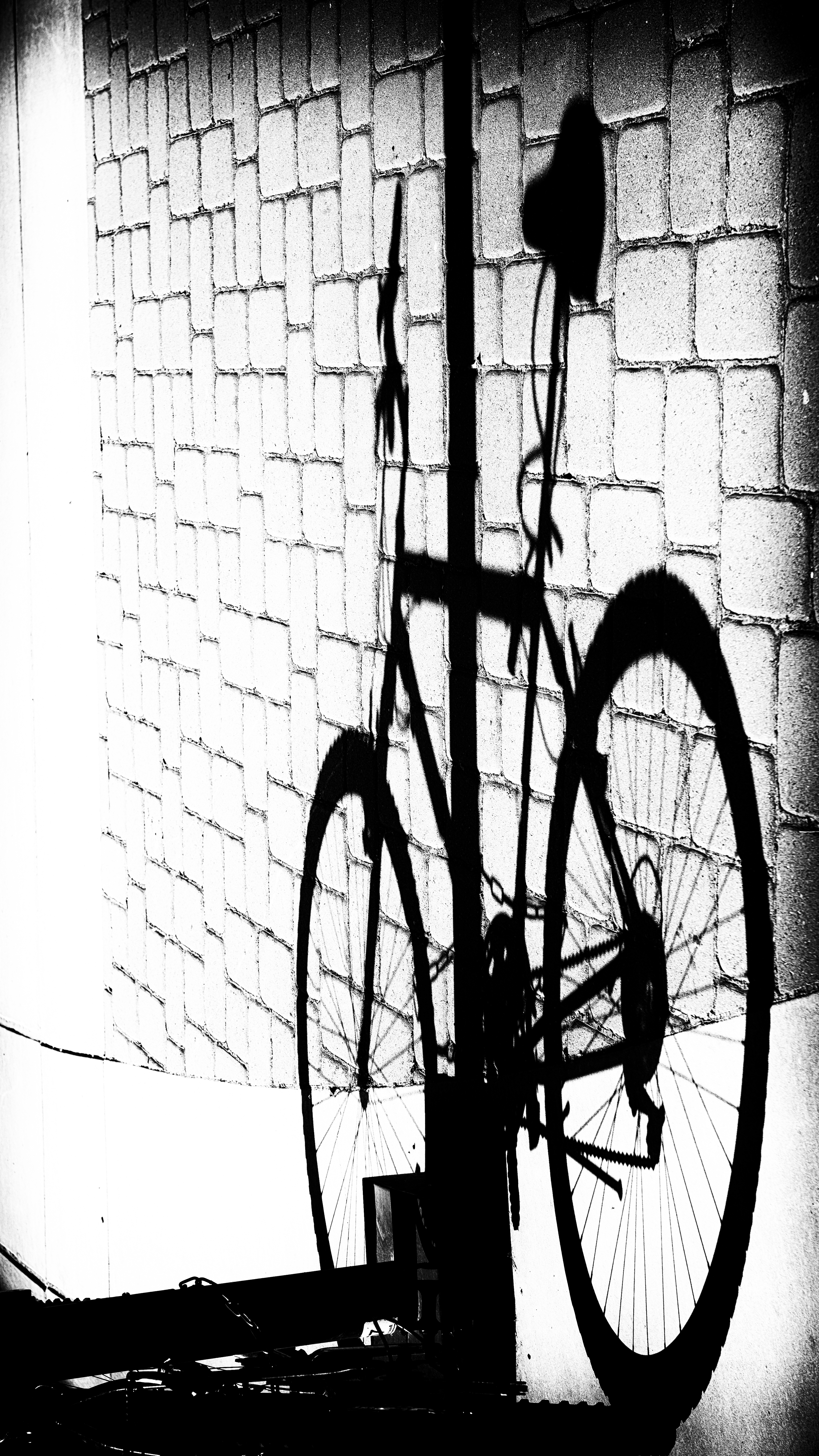