For a few weeks in April, male Greater Prairie Chickens spend much of their time in skirmishes on the lek with a goal of impressing one of the females watching from the sidelines. This male took a break from the fray to fly to the roof of the school bus blind we were sitting in for a better view of the females he was trying to impress. He stayed atop the bus only briefly but returned several times to survey the possibilites.  He was only about 10 or so feet away from my lens when he took off from the lek, flew directly toward me and landed on the roof just above my head. 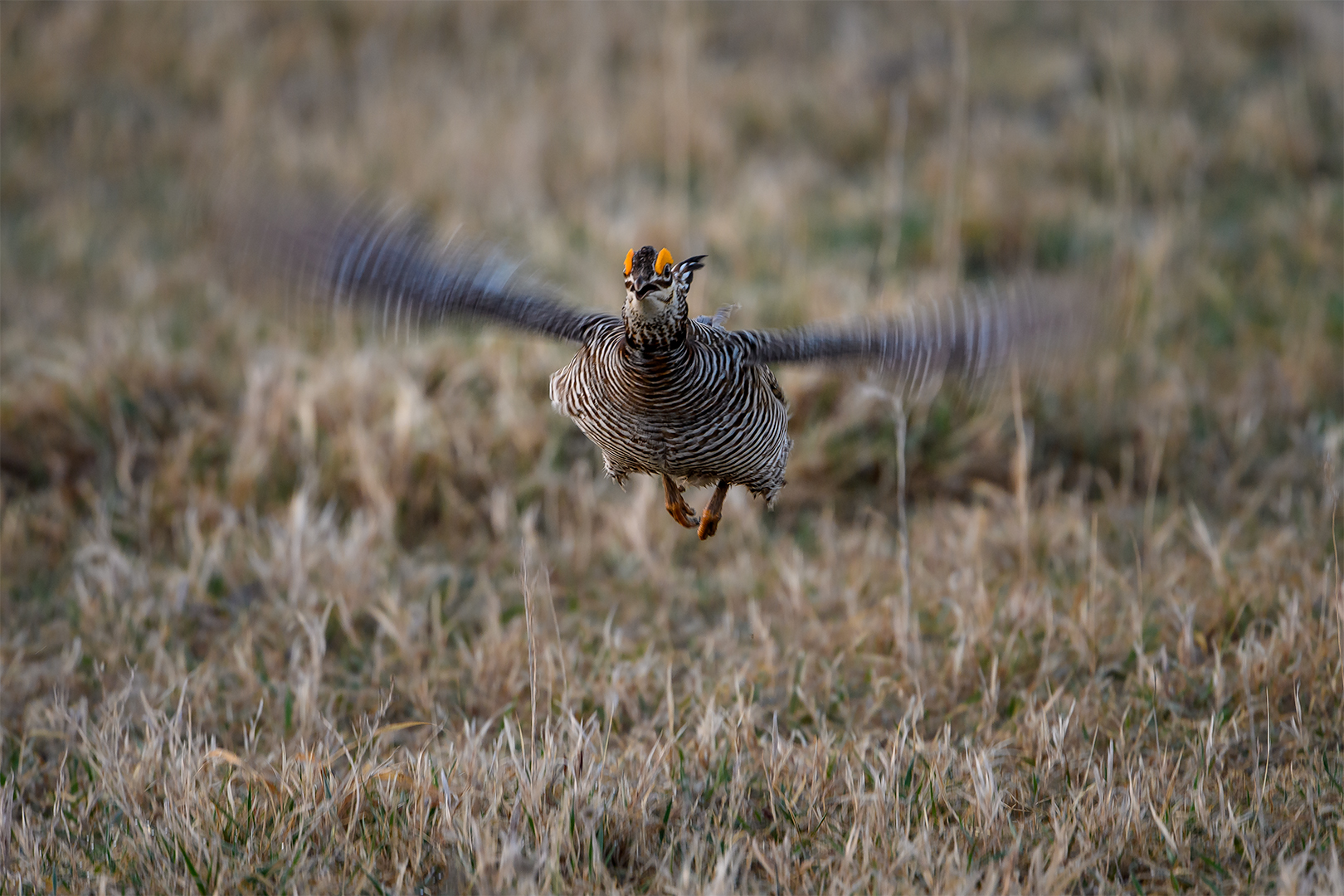