“Bobo!”  That’s what I called out and what made her look up in this shot as she busily tried to destroy the green disk mounted on the back of the puzzle box.  Tiny shards of green plastic are visible throughout the scene.  These are considered “bird-safe” toys and are meant to be chewed on.  She also chews on cardboard disks, two of which are visible on the right side of this shot and she recently chewed completely through the thick pine perch in her cage.  What a busy beak.  And almost all of the chewing is done while she holds a dried chile pepper in her beak which, incidentally, is not destroyed while she chews on something else.

This is a photograph I didn’t think would be possible for me to get—a light painting of Bobo.  How did I do it?  It took me a few tries and it turns out third time was a charm.   Although she has plenty of experience with my camera and will even poke her head inside a lens hood if the camera is setting on the table where she has access, the lighting that I needed for this photograph, both flash and flash light, were obstacles as well as was a completely dark room which usually means bedtime.   On two separate occasions, I tried things which ended with Bobo racing back to her cage and as a result, no photograph.  She is quite skittish and unfamliar things frighten her. On my third try, what got her attention so that she stayed in one place long enough for me to arrange and rearrange the scene and the lighting, were a huge pile of dried chile peppers and some black matboard.  The chiles are her favorite thing and for some reason, when I put out black matboard on the windowseat where I shot this, she’s right there chewing on the edges of the board.

I used the matboard to block the early evening light from the windows, dumped a pile of chiles in front of the little “puzzle” box that requires her to open the drawers to extract a treat, and she immediately came over to investigate.  I knew that a flash at the end of the exposure would freeze her in place so I set a long exposure and used a penlight to light paint the scene.  When I was ready, I called out “Bobo!” and she’d look up so I could end the exposure with a flash directed at her. 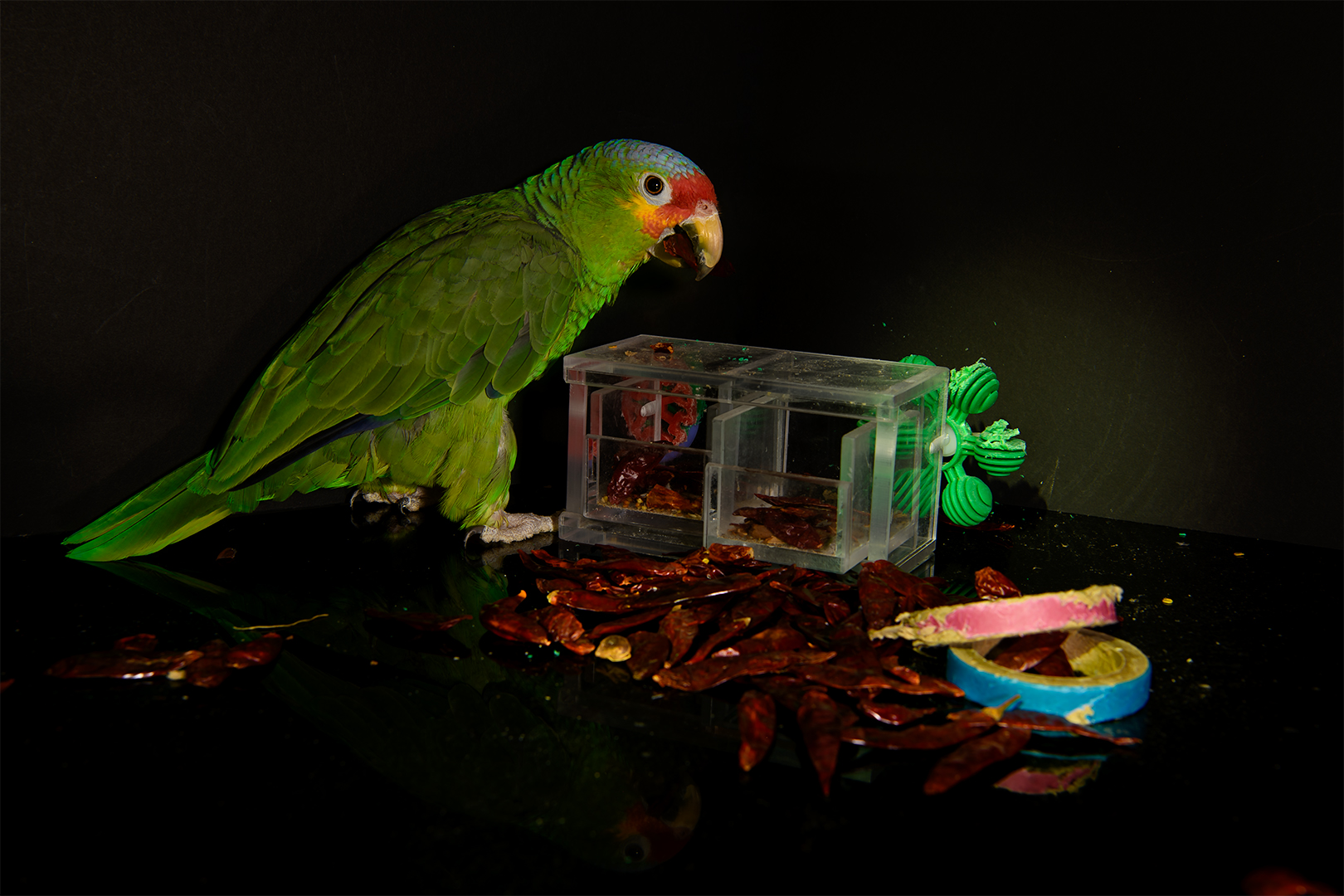