We’re back on the prairie in Nebraska to photograph Greater Prairie Chickens on the Switzer Ranch in Burwell, Nebraska. The Sibley Guide to Birds refers to the Greater Prairie Chicken as rare, local, and declining.  It is considered a vulnerable species.  A member of the grouse family,  it was once abundant across the Great Plains but it is becoming rare and its population is decreasing although conservation efforts keep localized populations on native grasslands in the midwest thriving.  One such area is run by Calamus Outfitters located on the Switzer Ranch.  This is my third visit in as many years to the site.  Early Tuesday morning before daylight we arrived at the blinds in the middle of the vast pasturelands of the ranch.  Retired school buses, with the seats and window removed, serve as blinds.  We set up our gear and waited for daylight surrounded by the sounds of the Prairie Chickens which carries across the prairie.  The birds have elaborate  mating rituals on leks, also known as booming grounds. 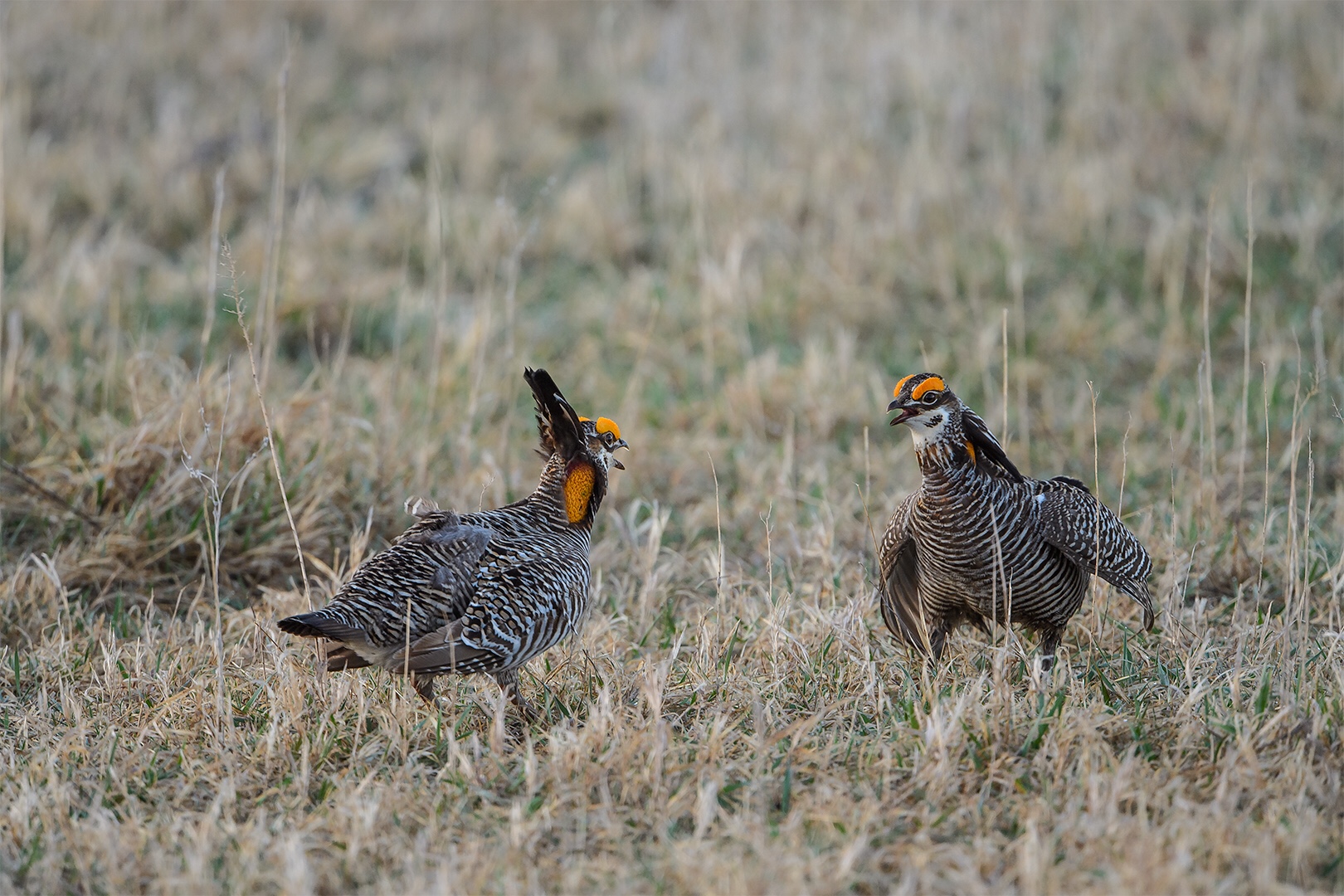