This year, our Prairie Chicken adventure was much different from past years.   There were high winds, a blizzard, temperatures ranging from the 70’s to below freezing, and thunder and lightening during a snow storm.  The weather didn’t bother us a bit. We were out in it every day.   Our best day, photographically speaking, was early Friday morning before we packed and drove to the Lincoln, NE airport.  The viewing blinds were filled with snow that blew in during the night.  There were high winds but fortunately, they were mostly behind the blinds and only occasionally blew directly in on us.  We had the best light of the week on Friday.  And, seeing and watching the Prairie Chickens in their skirmishes on the lek covered with snow was a fascinating sight to behold.

This male Greater Prairie Chicken thrummed his feet on the snow as a part of the ritual on the lek just as the sun began to show through the cloud cover.  Despite the cold and the snow-covered lek, the activity seemed to rise to a desparate level as the males tried eagerly to impress the females and to fend off rival males. 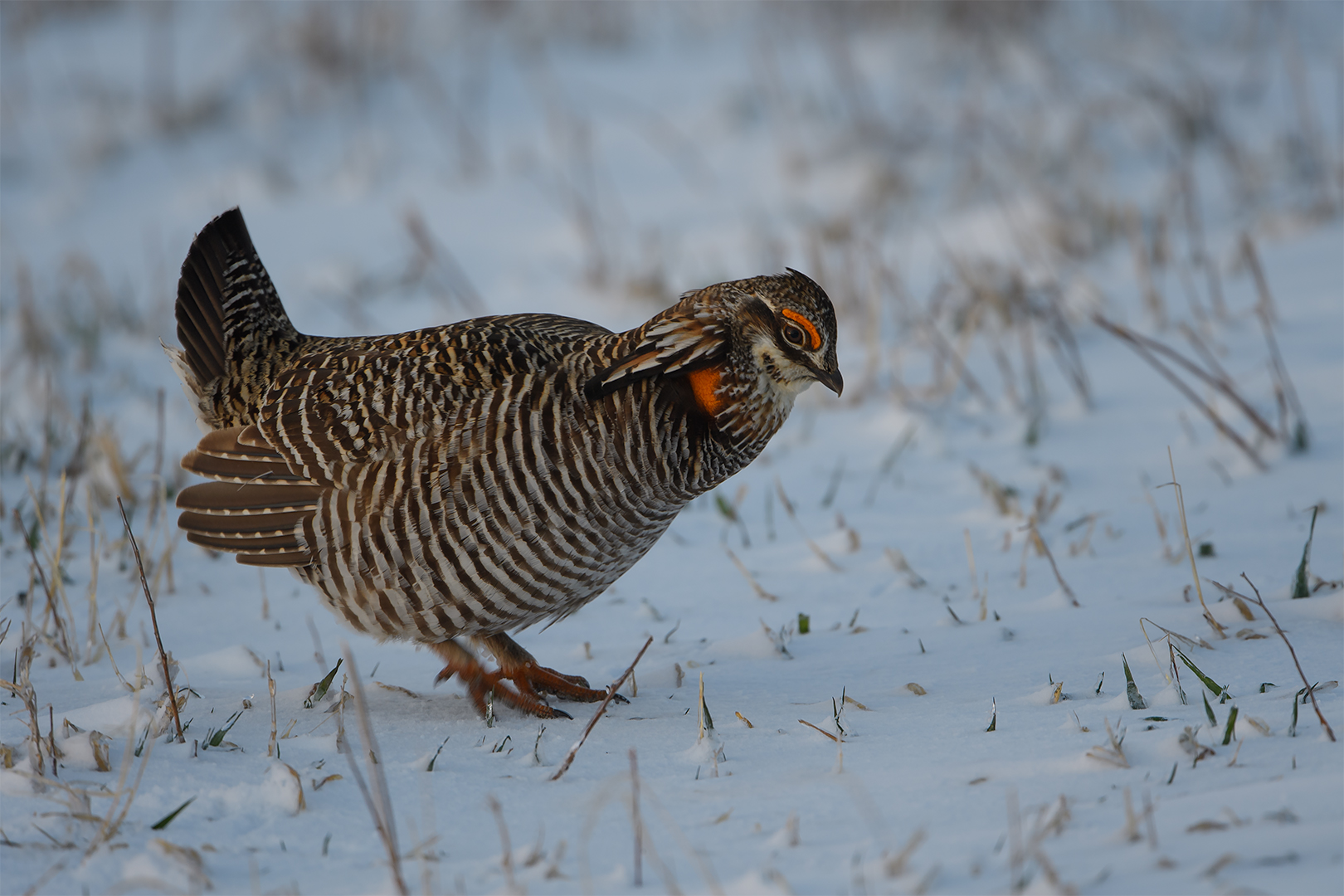