The Bighorn Sheep in Flaming Gorge, Utah were elusive.  We did see a small band of seven ewes and one young ram foraging in the same general vicinity several times.  We were hopeful when we saw the first four that appeared on our second day because without warning, the band doubled in size to eight.  However, we never saw any big rams with tightly curled horns that were what we hoped to photograph.  As we drove out of the canyon on the way to the Salt Lake City Airport Friday morning, we encountered two ewes and a ram that watched us from the edge of the road  as we drove by, then after we turned the bend, we are convinced that they crossed the road and made their way up the steep sandstone cliffs to pose on the edge, mocking us.  On one of our brief encounters earlier in the week, we saw a few from the first band crossing the road to forage.  This ewe munched on grasses at the edge of the road.  I shot this from the vehicle, skewed in my seat, using the D5 and 500mm PF lens. 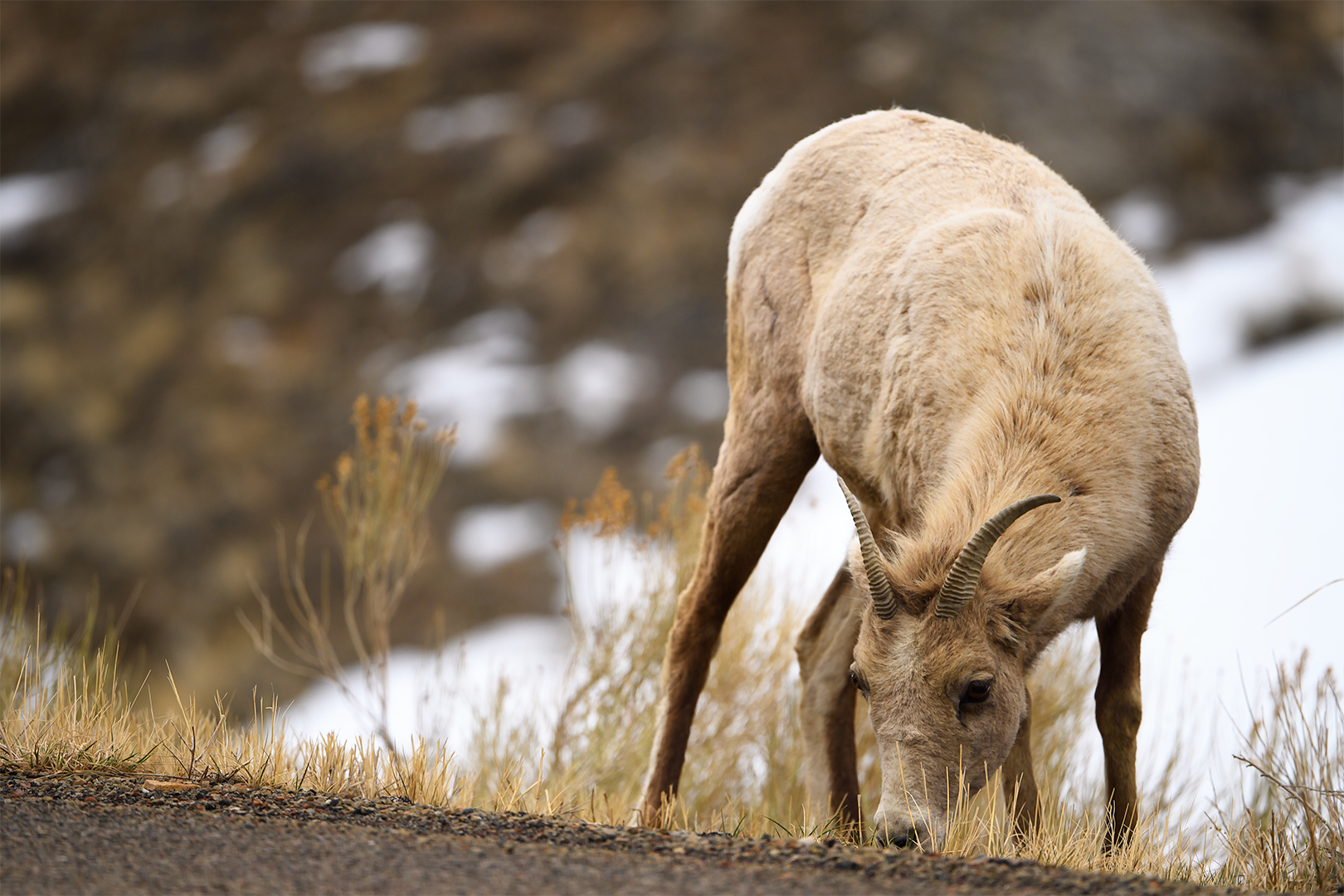