It’s a bit chilly here in Yellowstone.  It was about 9 degrees when our coach entered Yellowstone National Park shortly after 7AM Monday morning.  It was reported that Sunday’s low was -18°.  Glad it warmed up Monday from Sunday’s low but it’s looking like the coming week will turn colder again.  Brrrr.   Even the bison looked chilled.

This bison bull we encountered late morning barely moved as we photographed him from the side of the road.  I used a slow shutter speed to show the snow streaking past his thick, dark, coat.  We had taken most of our photographs and probably would have stayed longer but a large group of photographers, about 12 or so, arrived.  At first they were down the road a bit but they decided our vantage point was better and they crowded around us and even edged between Moose’s and Eric’s tripods when they stepped away to retrieve something from our vehicle. Their tripod legs were crossed, an indication that there really wasn’t any room between them.   I pointed out the obvious to the interloper, that two photographers were already there, but he shrugged and argued that there was room for him.  We left shortly after. 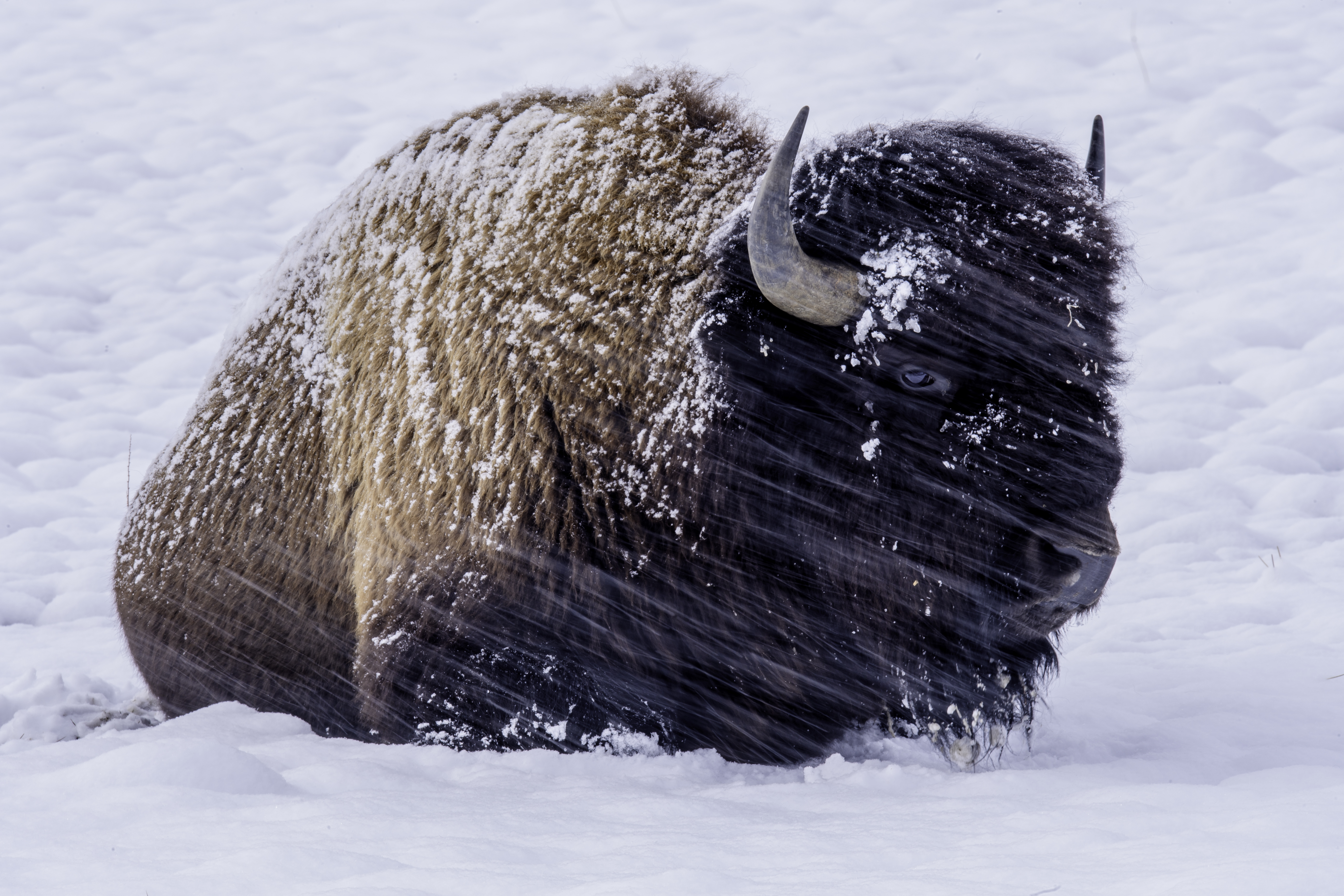