On the first day of my Oregon Coast adventure, we drove south into California.  I wasn’t expecting to be back in my home state on this trip but Northern California’s rugged coastline is every bit as scenic as Oregon’s.  We were near the mouth of the Smith River.  Heavy rains hadn’t started yet.  We were using multiple exposure to blur the wave action.    I had my camera set to take ten shots in a sequence and combine those ten into one.  When we first started, my camera settings were not quite what I needed to blur the water.  My shutter speed was 1/1250, a very fast shutter speed instead of a much slower speed that was needed to accomplish our goal.  So, not only did my wave action not acquire the degree of blurriness that I was after, the fast shutter speed acquired sharp focus on the birds.  This actually was serendipitous because at slower speeds the birds would be blurred or ghostlike instead sharp as in this image.  When I first looked at this photograph on the camera’s LCD monitor, I exclaimed, “gee, I got a flock of birds,” then I realized that it was only a single bird, repeated ten times as it flew past my lens.   A closer examination of the image revealed 15 separate “flocks,” all flying in straight lines.  Of course each “flock” has exactly ten birds because every bird that flew by appeared ten times in the combined shot.   After this, I slowed my shutter speed enough to blur the wave action and to eliminate any birds flying through. 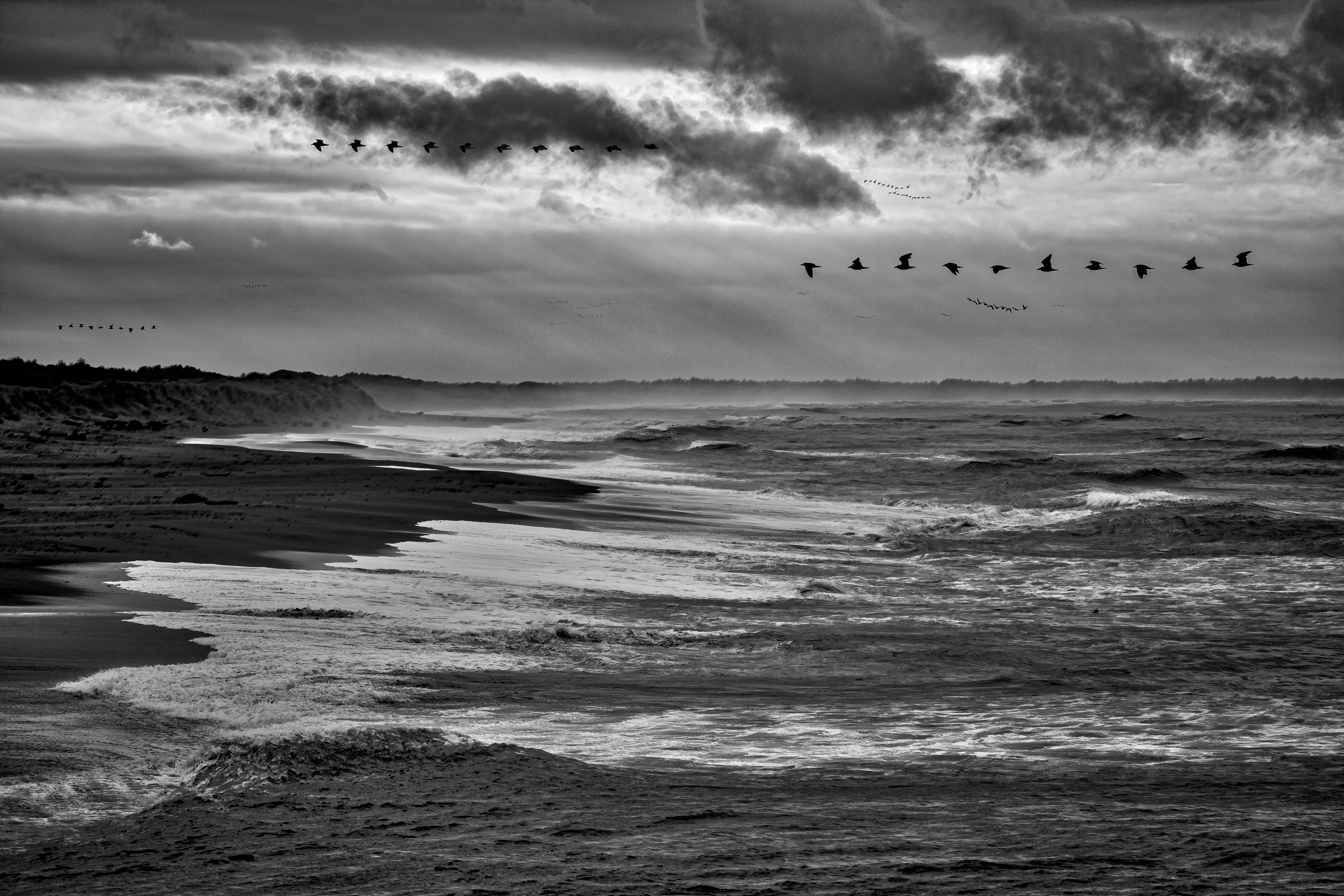