When I returned from my trip to Oregon a couple of weeks ago, I was pleased to see that most of my rose trees and shrubs were covered with blossoms.  The warm weather in late September and October gave all the roses a boost.  As I walked past the roses lining the driveway after SuperShuttle dropped me off, one particular bloom caught my attention because it has very rarely performed well.  My JFK rose tree, that features a creamy white flower with a heady fragrance had several blossoms.  Most were past their prime but one was perfect.  I dropped my luggage in the foyer, picked up my clippers from the garage, and headed back out to cut it.  I immediately placed it in a vase with water and the next morning, when it was not quite as perfect as when I cut it, I photographed it.  I set the vase on a piece of black matte board in the north facing bay window and poised the camera overhead, facing down.

Because the rose is named JFK, for John Fitzgerald Kennedy, I decided to post this to commemorate the 54th anniversary of his death. 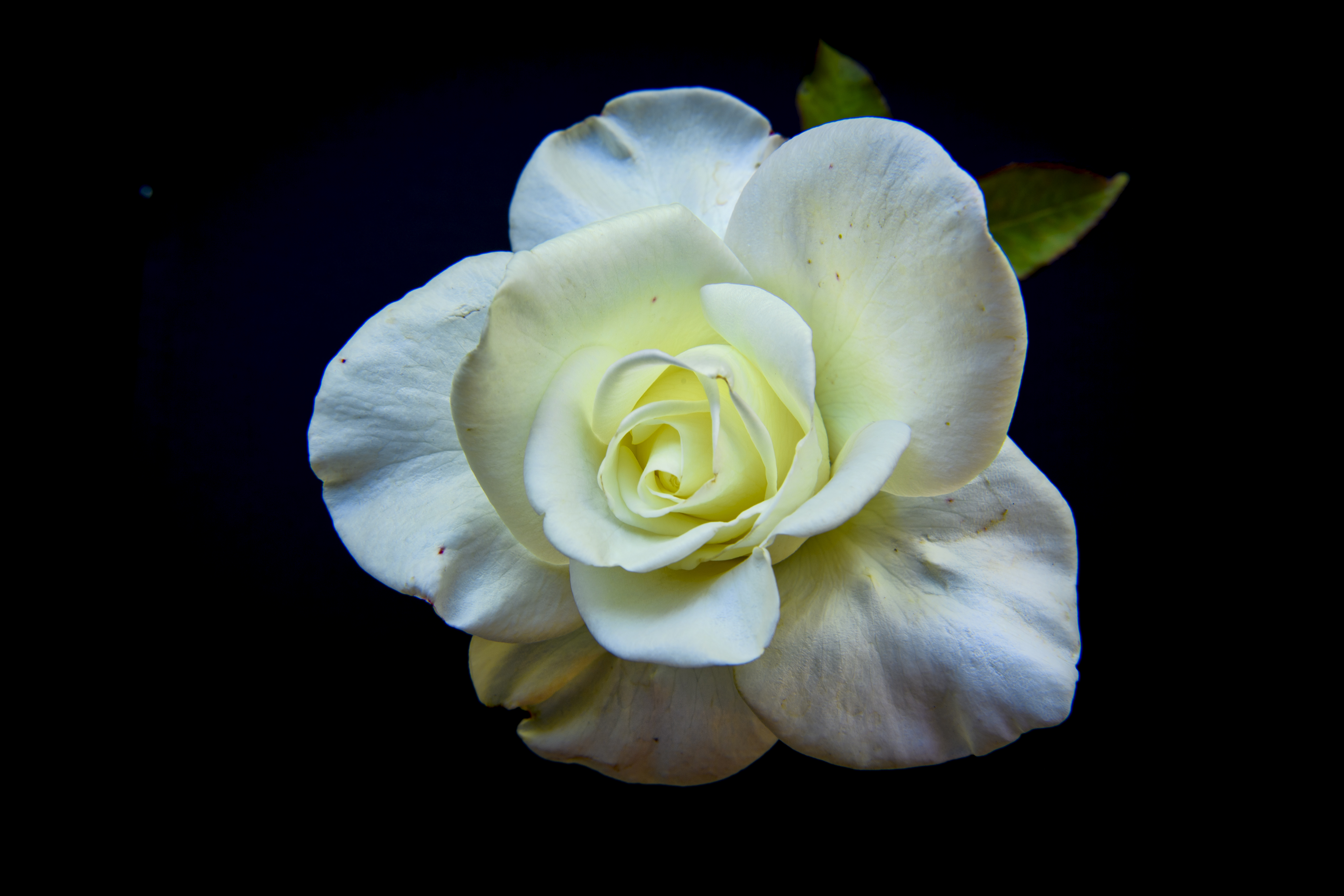