On our second day in Oregon, we stopped at a lookout over a small cove on Hwy. 101  about 12 miles north of Brookings. My Google map didn’t identify the cove but it was just north of Arch Rock, which we did not photograph.  Even though I don’t  know the name of the cove, this charming view was a delight to find on the highway.  The pattern of the waves on the sand is intriguing, almost like a giant footprint (Moose called it Big Foot) and the small grove of evergreens look as if they have impossibly sprouted from the rock.  I processed this photograph using Luminar 2018 but decided it would look better in black and white so I used a Tonality preset to convert the image to black and white.  The preset I used emphasized the trees by diffusing the clouds behind it. 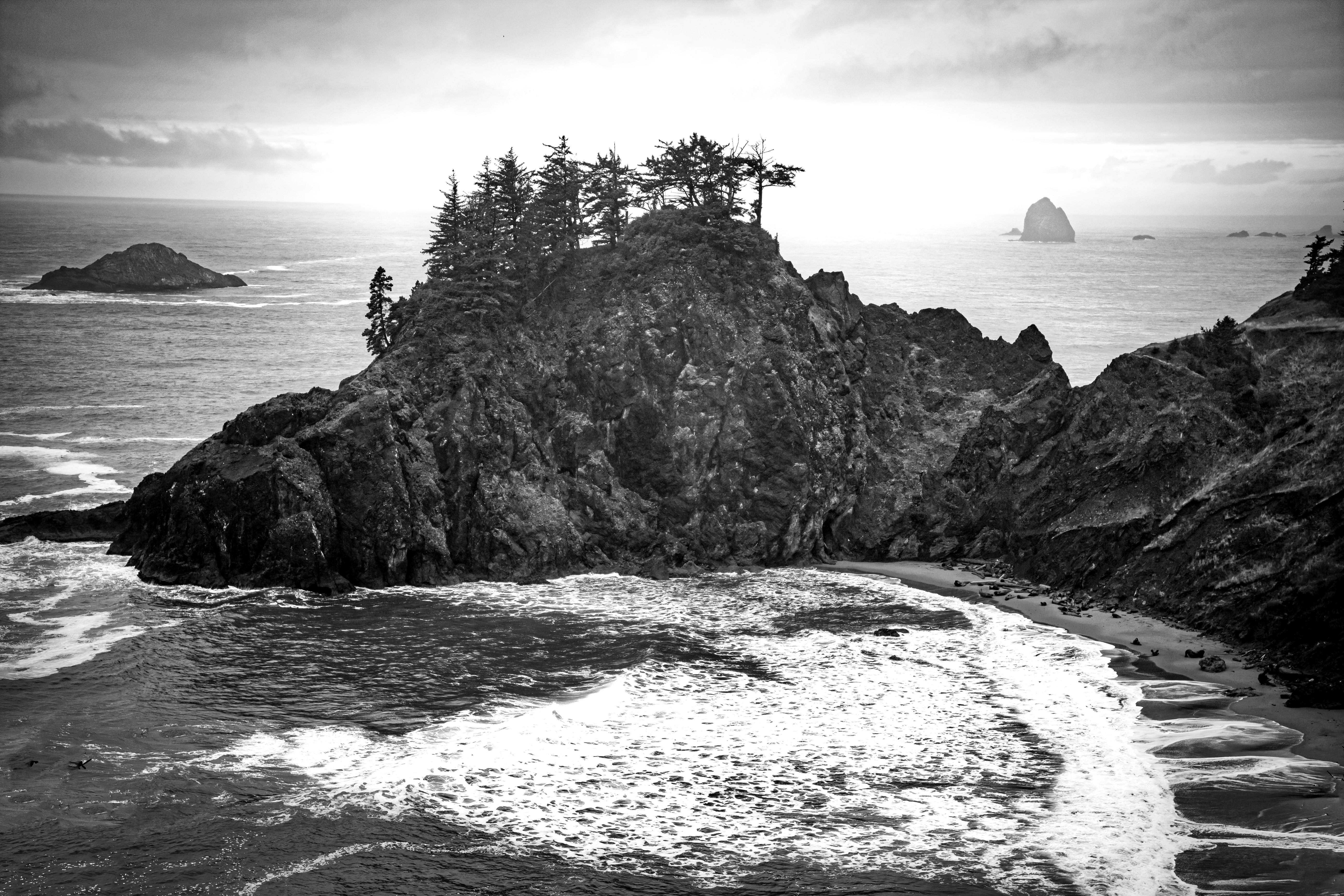