Since 1984 when I test drove my first Macintosh computer, I’ve lost track of the many Mac models I’ve owned at home or used at work. I waited a year to get my first Mac in early 1985 after  we learned that a bigger Mac (512k vs. 128k) was imminent.  I was fascinated by the graphics capabilities of the Mac and when I saw an article about it in Newsweek in late 1983, before the infamous “1984” Super Bowl ad, I knew I had to own one.  My Fat Mac died on its first startup before I even got a chance to try out MacPaint.   That didn’t deter me and I had a replacement within the hour.  I’ve loved every Mac I’ve owned and I’ve dazzled people with my output, including a boss who, after seeing a trip report complete with vector graphics I created with Adobe Illustrator 88 that I’d printed on a borrowed Laserwriter, authorized me to get two Macs for the office in 1987.  I was even the office IT person for quite a few years after our stable of Macs grew to about 20 but that began to take up too much of my time so the office hired a real IT person and I went back to writing bureaucratic gobbledegook  full time.

Although I once knew everything there was to know about Macs and their operating systems, technology has advanced far beyond my brain’s capability to understand it and my interest in knowing those details has waned.  These days, I just want my computers to do what they’re expected to do.  So, in recent weeks, I had an inkling that I would be in the market for a replacement computer when I noticed that my primary Mac had slowed considerably and had occasional startup issues.  In the past two days, starting up has been a real problem and while I can hear the startup chime and the hard drive spinning, the screen remains black.  After consulting with my friend Emerson who is a computer expert and who recently acquired the latest MacBook Pro, I decided to buy one as well.  It has bells.  It has whistles.  And most importantly, it starts up!

Introducing my new MacBook Pro ala Apple, with just a little “so you know it’s me twist” added.  Hello! 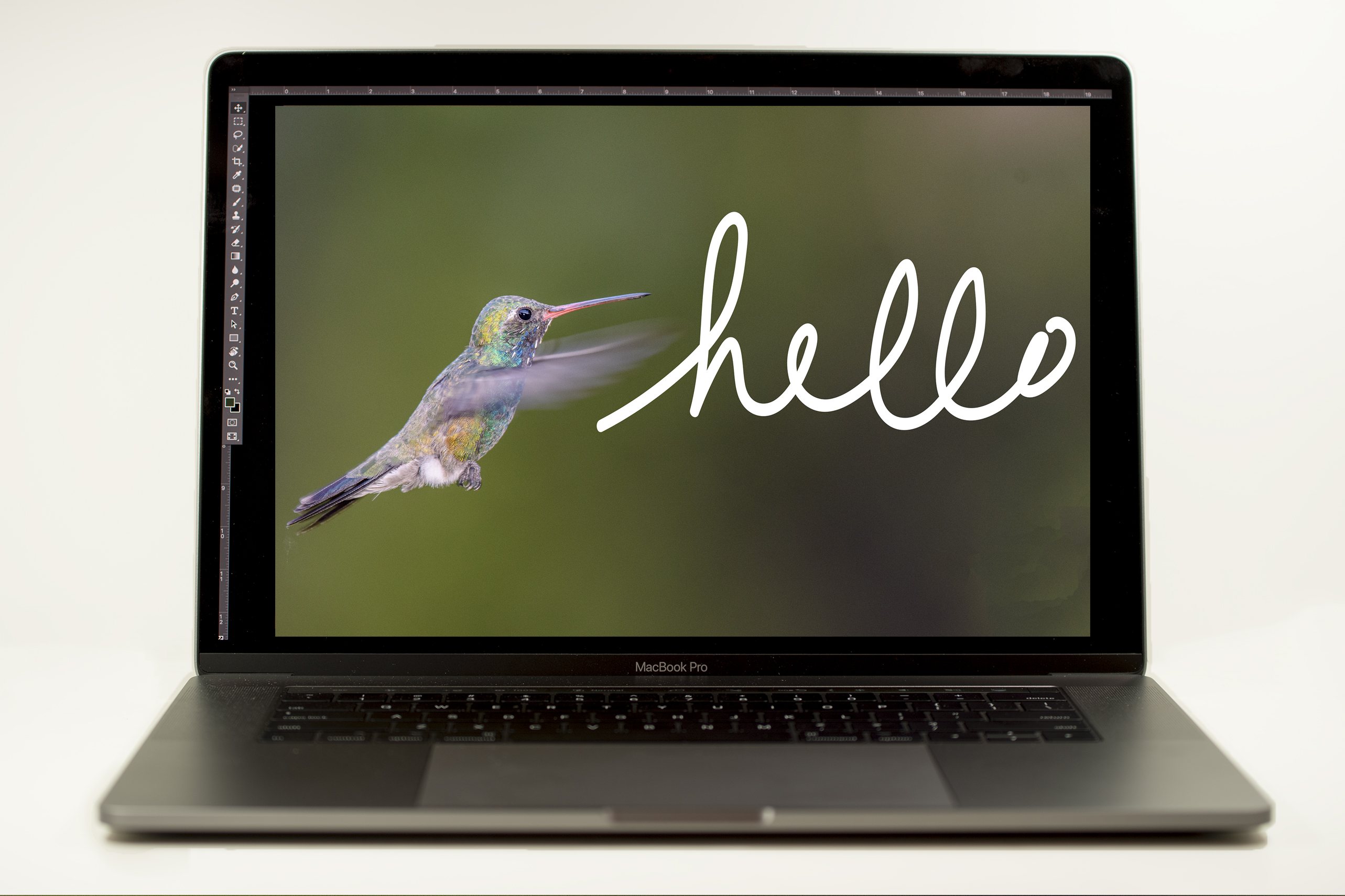